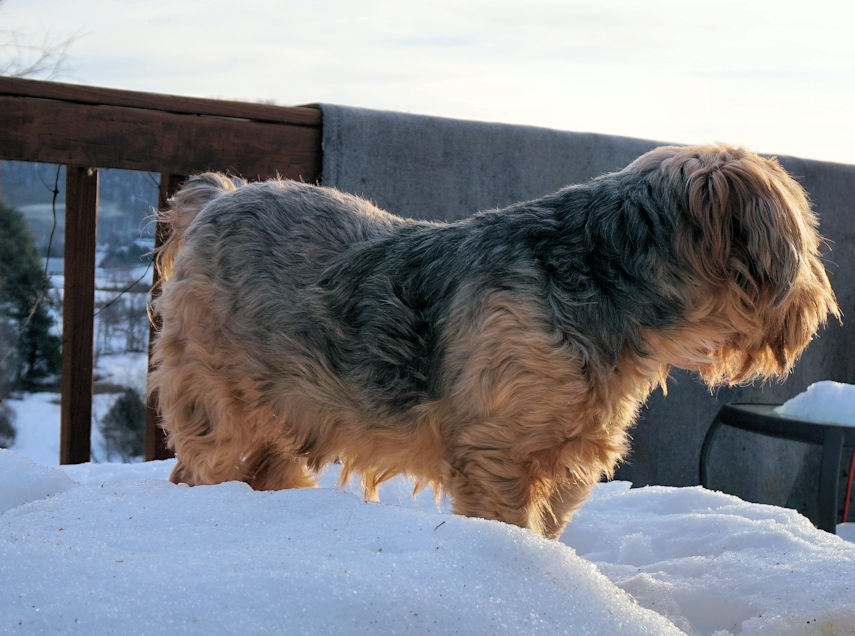 Dave is lamenting that I was making riding progress, and now it’s all lost. I’ve been trying to assure him it doesn’t work like that, but I am kind of worried that will be the case. At the very least, Berry is losing fitness, and I’ll have to bring her back up before I can actually start learning anything again.

You may be wondering why I don’t just ride in the snow. There’s two reasons for that:

Vintage was feeling pretty excited in the snow though, something I greatly disapprove of.

She somehow reinjured her leg in the snow, as now it seems to have a fluid build-up, although she is not lame. The vet is going to have to come take a look at this. Hopefully my poor girl will be okay. In the meantime, I beg her to stop moving around, and take it easy. Sometimes she listens.

I think the rain today will get rid of a lot of this snow, but I’m cringing at the thought of more moisture, meaning, more mud. I would like a couple of dry, warmish days to clear all this out, please.

Although I am still grateful for this mild winter, which has not resulted in my barn water freezing. Yay for still having water at the barn!

While we wait for spring to arrive, we have been doing adult things, like picking out new dishes. It a little weird to me that this was a super boring process when I first moved out on my own (things cost money?!), but now it is super exciting. We went to many home goods stores to ensure we picked the exact set we wanted.

“I really like how the gold lines the rim, but do you think it’s too formal? We don’t want a set that can only be used on formal occasions, we need a set that can do multipurpose table settings, acceptable for both a casual bunch, or an evening with friends.”

It sure is exciting to be an adult.