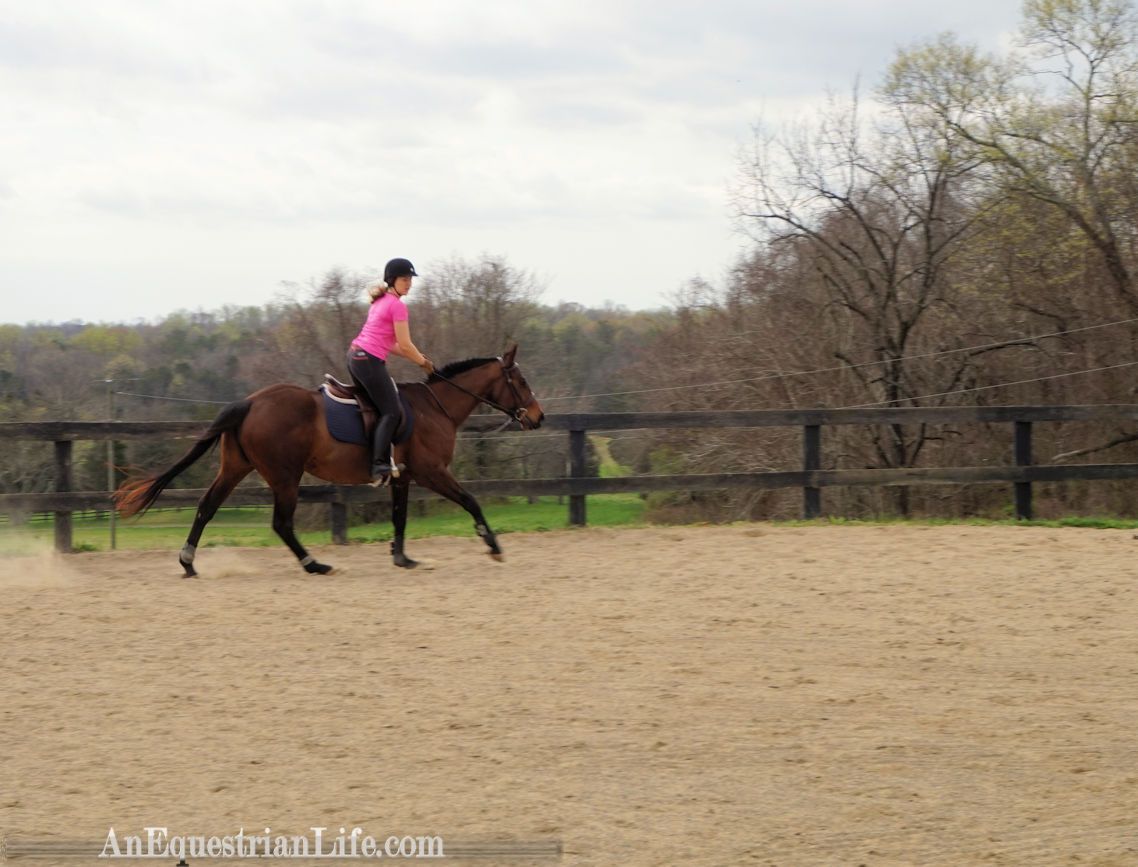 It was time for another try at getting Berry’s lead changes. Super skilled rider hopped on her again for another attempt.

I warmed up Berry and we started the lesson, working on lengthening the trot and the canter. Since lengthening the canter sometimes felt like galloping, this was quite fun! It also reminded me of how Berry is the world’s slowest thoroughbred. I bet Pony is even faster than her. Poor, slow, Berry. 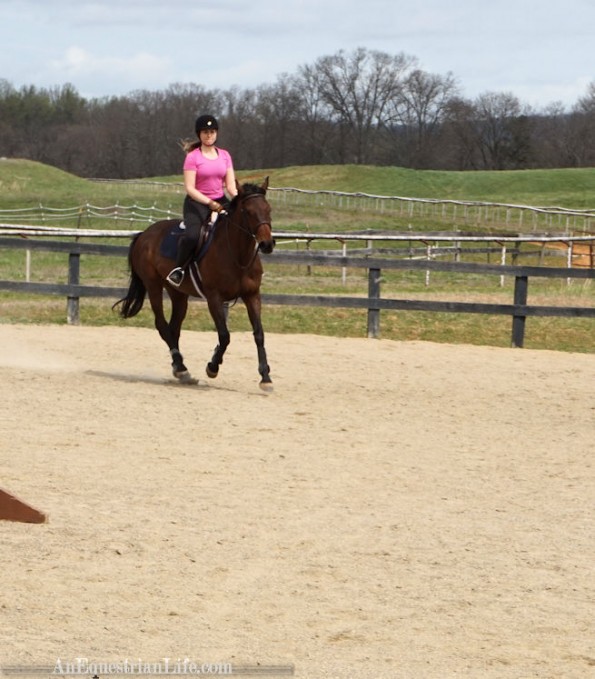 Skilled rider arrived, and since my trainer was about to have me start the lead change exercise, I immediately suggested that skilled rider should do it! Luckily, this generous offer of letting her ride my horse was accepted.

The pattern was similar as last time – two jumps set up along a figure 8 pattern, except this time there was a pole after the jump. Because the jumps had been rearranged, we ended up using the coop backwards, but it worked well. 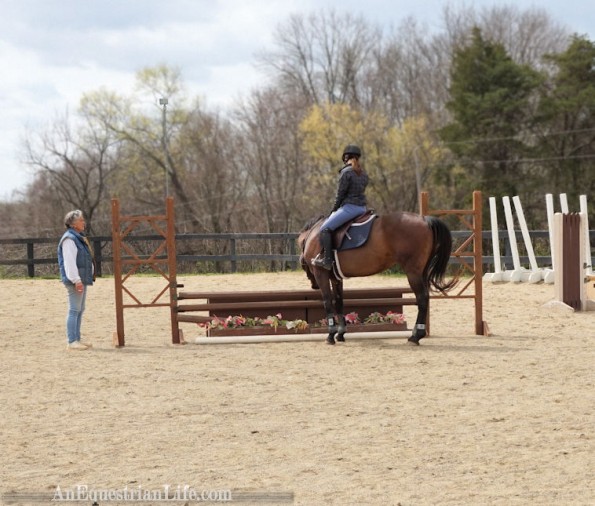 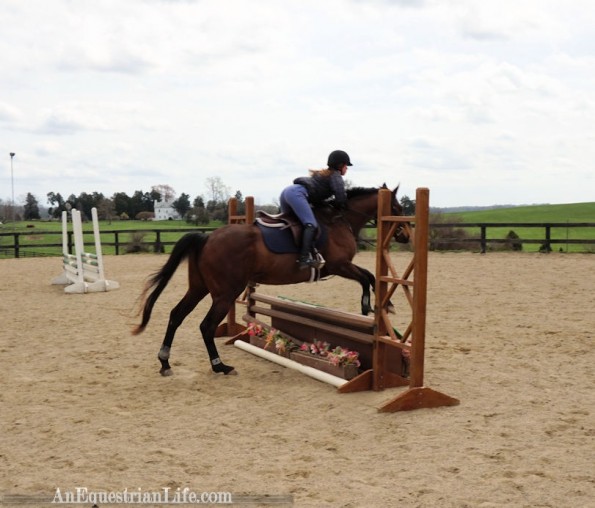 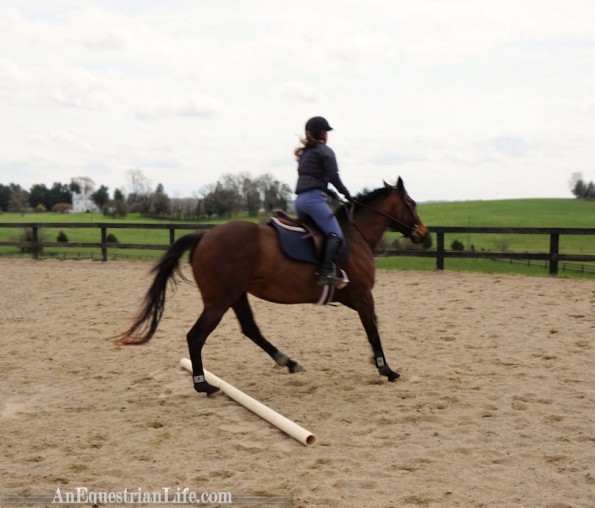 Asking for the change over the pole. 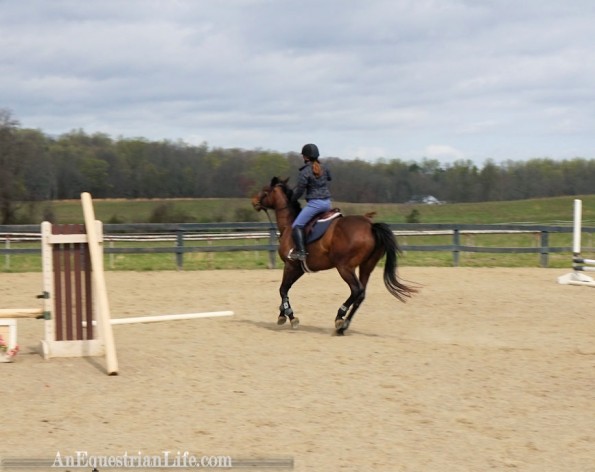 Asking for the change over the other pole. 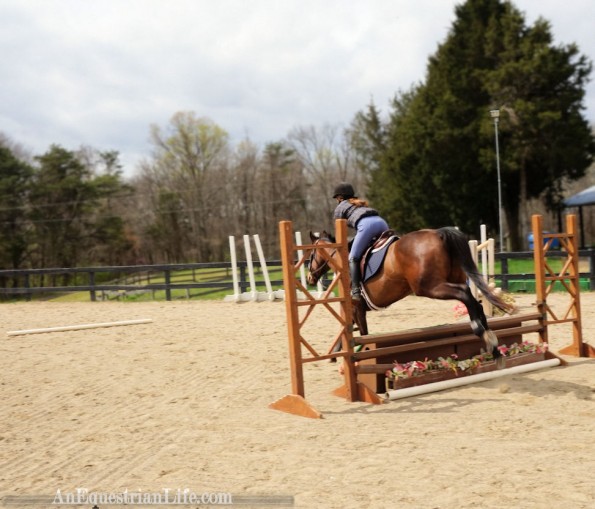 Swinging back around to the coop jump.

She was successful – She had Berry changing her leads. A few times Berry was late to change in back, but she was changing. It was beautiful to behold! (except the late behind ones. That was just awkward )

With Berry seeming to figure it out, it was my turn to get on. And then it turned out that I still couldn’t get the lead changes, because I am kind of awful at it. 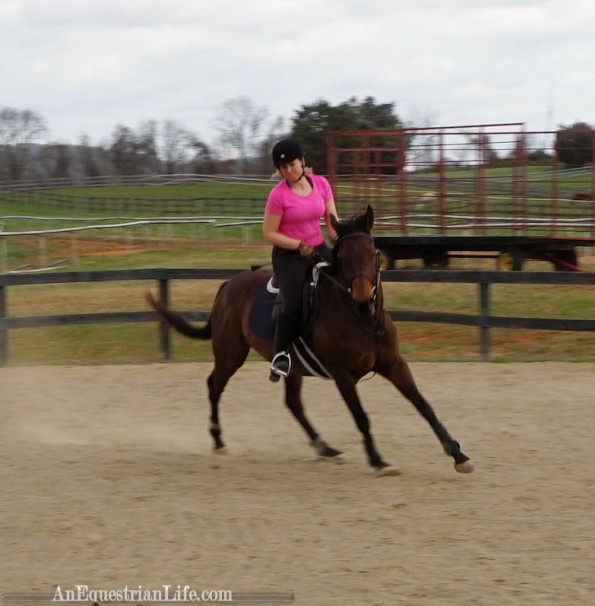 CHAAAAANGEEEEE!!! WAAHH, why won’t you change?!

We did the same exercise as skilled rider, but I could not get balance right. When I was supposed to be leaning out, I leaned in. I was a big, floppy mess. 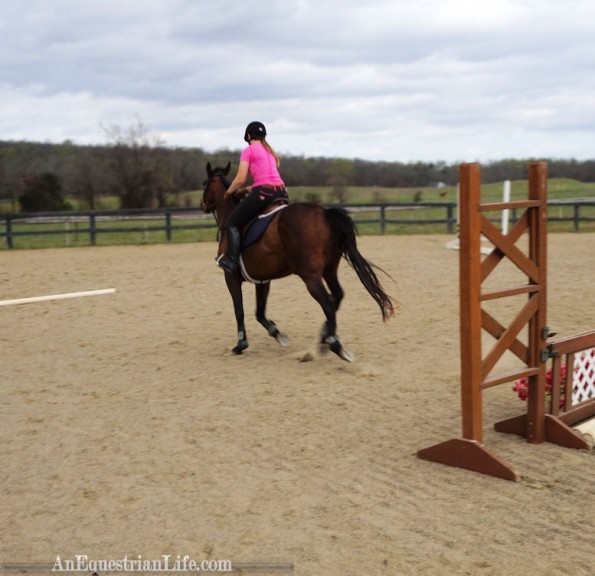 Stop leaning in, past self!!

Jumping was still fun though. It seemed pretty easy, since I was obsessing over the pole after the jump. 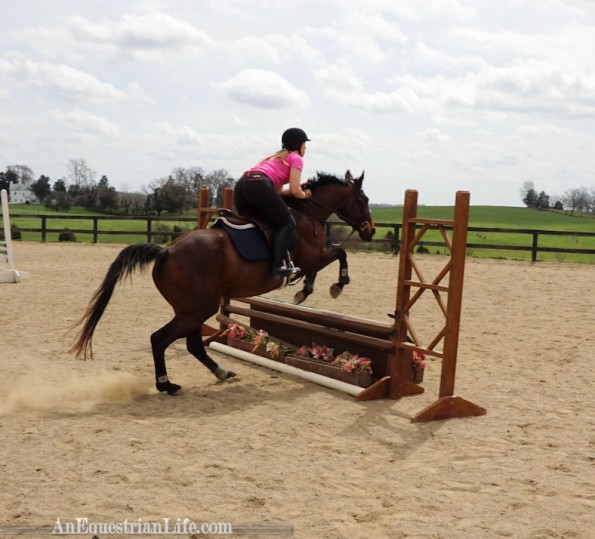 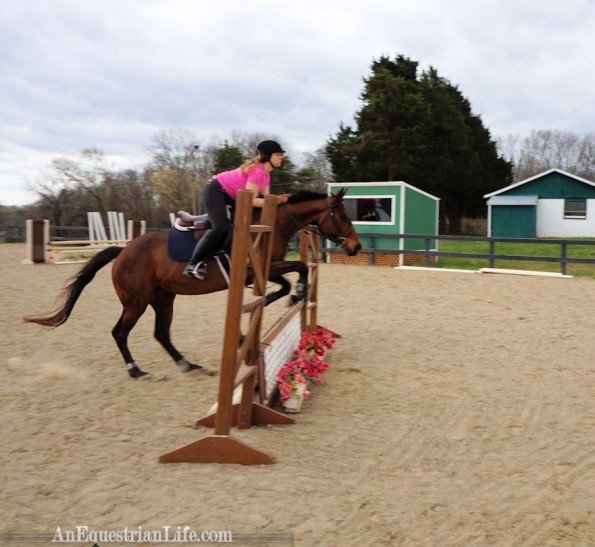 Concentrating hard on that pole.

But I just couldn’t get it. Sometimes it felt like she was maybe thinking about changing. But then didn’t. 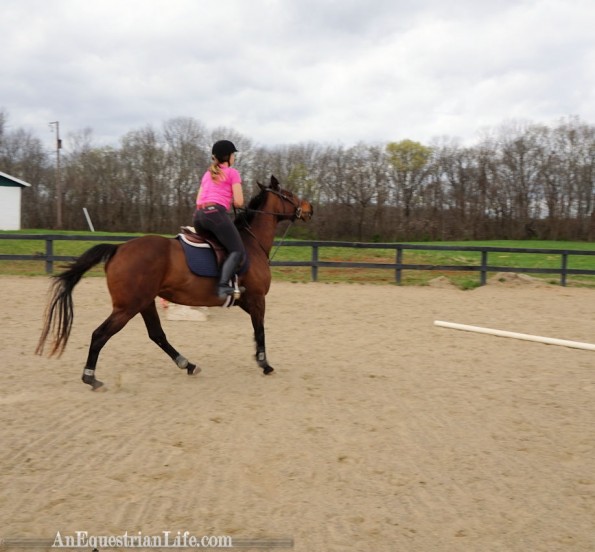 I want the change!! 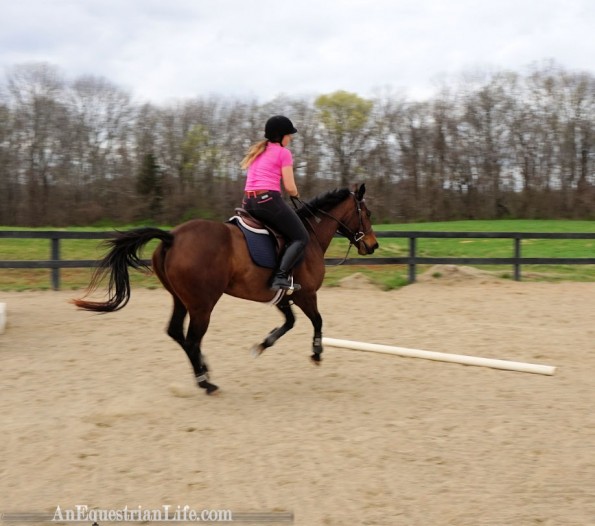 Womp womp. No change. All this fighting for the change is exhausting work though. 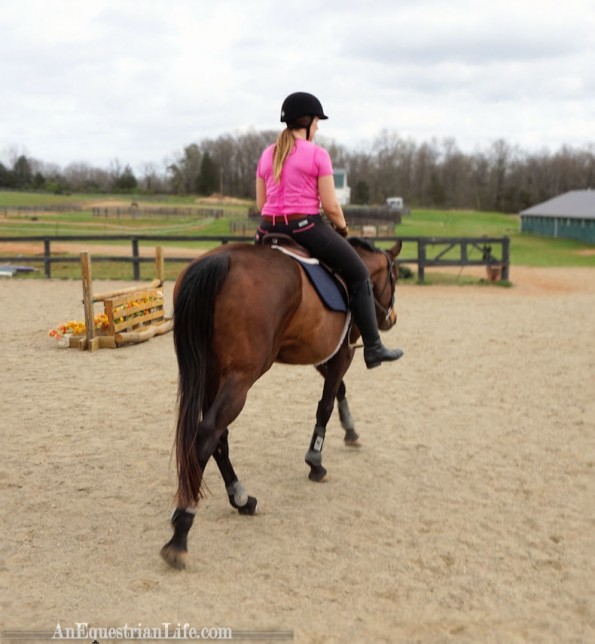 Even with taking those frequent walk breaks, I still didn’t get them. It was unsuccessful, and once again, I felt like a big, doughy mess. While this got me down for an hour or so, while I cried into Dave’s shoulder (one of a husband’s many responsibilities is to sympathize over failed lead changes), I’m feeling energized again, and I am ready to try again. I know what I’m doing wrong (leaning in, not lifting the inside hand high enough) it just feels so foreign to me that it’s impossible to do in the moment.

I am eager for my next lesson, to try again. I’ve been riding at home, but I’ve mainly been practicing leg yields, rather than the actual change. I just want to be able to push her over really well to prep for those changes. So my next attempt will once again be at my lesson, with skilled rider there and ready to jump in if needed.

Plus, a nice bonus, when I got on after skilled rider, Berry felt like riding butter. Mmmmm, yes, that hits the spot. Nice, soft horse, jumping forward at my aids. That is definitely a nice side perk!