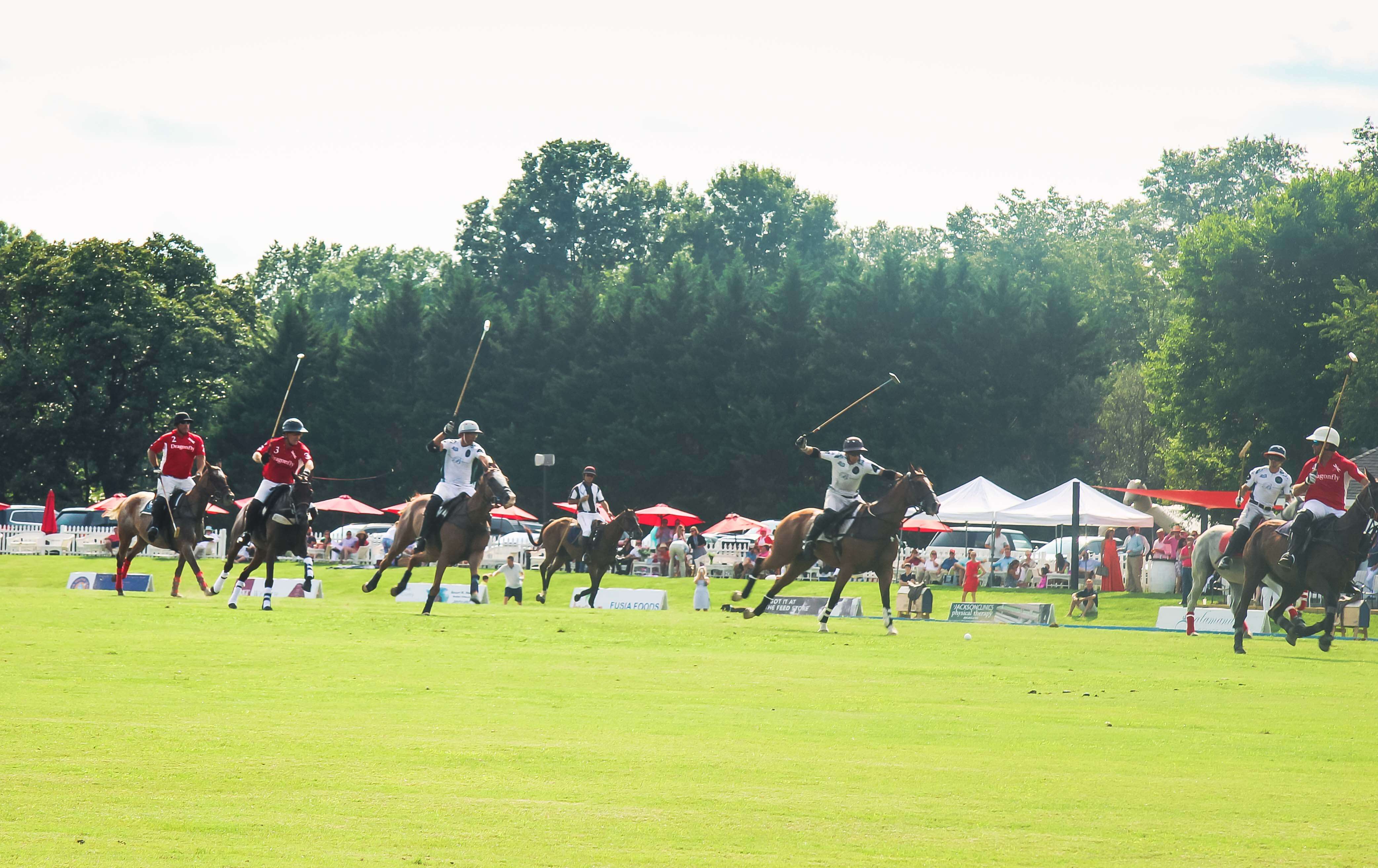 It’s been almost three months since my last post. My god, where has the time went?!

At first it was time. And then it was exhaustion. And then when it wasn’t my routine anymore, I just forgot about it…

To get everyone all caught up, here’s the high level of things that happened over the last (almost) three months.

Yes, I got the little bull’s eye rash and everything. I’m guessing it was from taking Stu on walks through long grass around the neighborhood. If I could, I’d go back in time and not do it, not just because of the lyme, but also because of reason 2 below. I did the round of antibiotics, and I should be fine now.. you know, unless I’m not, in which case, years from now, I’ll just start crumbling down, a sad husk of the person I was once.

WTF horse?! So on one of our walks around the neighborhood, Stu sees the neighbor’s dog, gets excited, sprints forward, and nails me in the thigh and hand, and then stops to graze happily without a care in the world. Granted, I was letting him walk a pace behind me, because he’d been so relaxed up until that point that I thought it was fine, so I didn’t even see the problem until it was too late. Lesson learned… or was it? Same walk, five minutes later, talking OUT LOUD about how much worse it could have been, and the freaking horse does it again! I guess it worked so well the first time, Stu thought it would be brilliant to try it again. This time he got me in the same hand again, and the opposite wrist.  And the little jerks just trots happily, 10 feet away to grass that we were heading to in the first place!

My hand turned a gross blue, and I had a hoof shaped bruise on my thigh. My finger has a bump on it still that doesn’t seem to want to go away, and continues to be red and sore. Maybe it’s a bone chip? Since I don’t feel like going to the doctor about it, I may never know… 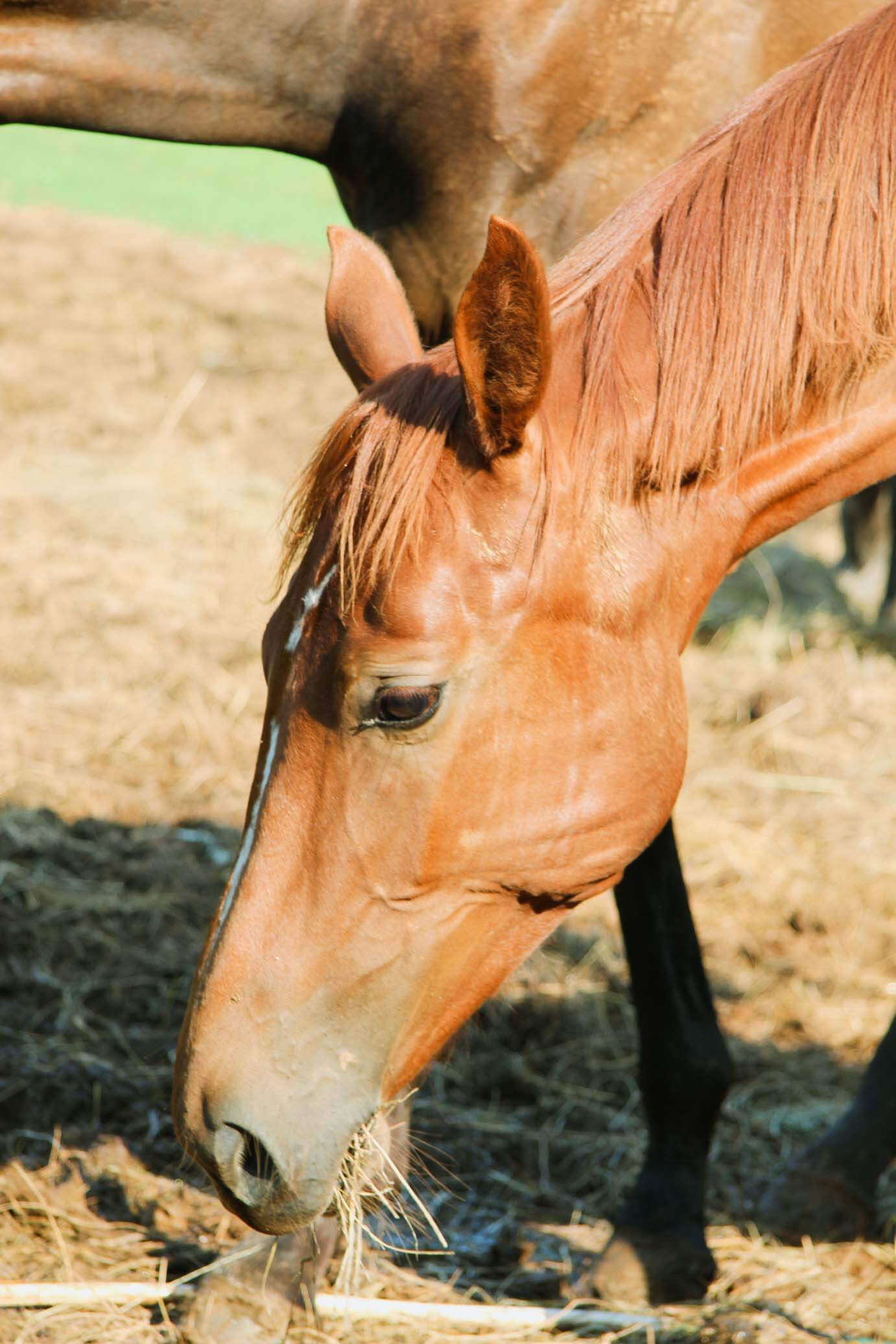 Looking so innocent, and yet full of crafty, scheming, yearling thoughts.

Also, he was made to behave. The first time may have been a fluke, but the second time was planned. We had a moment, he behaved, and then we begin working on manners through the lunge line. Of course, since I basically had a broken hand, that didn’t go too great, but after many weeks of resting my hand, it’s going much better now. He’s looking like a real horse now (he’s like 15.1 now!), and I’m hoping to get alot of ground work done with him over the next year.

3. Ollie has moved on, Stu is lonely

Ollie has moved on to her owner’s trainer’s barn, a more convenient location for her owner. Stu is now sad, alone, and getting beat up on by Berry. It has made him easier to work with, though, as he now wants to hang out with me, purely for companionship. If he doesn’t make new friends, I think I’d be okay with that. I will take the form of his friend, muwahaha. Really though, I think his new best friend will be Pony, as I found them eating a tree together. Pony is well on his way to teaching Stu all that he knows.

I made a little video of taking Ollie to her new home. I think it’s kind of cute, so I’ll post it soon.

4. There was polo involved

Last time I played polo, it was in an arena. I thought I was pretty good at it, if I remember correctly. This time it was on grass, and I was terrible. Grass is not forgiving when you wack a polo mallet directly into it. I feel like I’m doing math calculations trying to figure out exactly how much to lean out, what angle to hold the mallet, where my head should be. So much thinking! I just want to wack a ball around!

On the plus side though, my horse was pretty cool. It was basically like riding on a train, but in a good way. Start her in the direction I want, at the speed I want, and she just maintains it while I flail around trying to hit balls. She wasn’t the type to act like I meant my flailing was some kind of cue, she knew I was doing my thing, and she’d do hers. Then, turn her a different direction and repeat. A++horse, would ride again.

In addition to playing some polo, I did go watch some polo with the family, and that was fun. We had a nice little tailgating adventure. 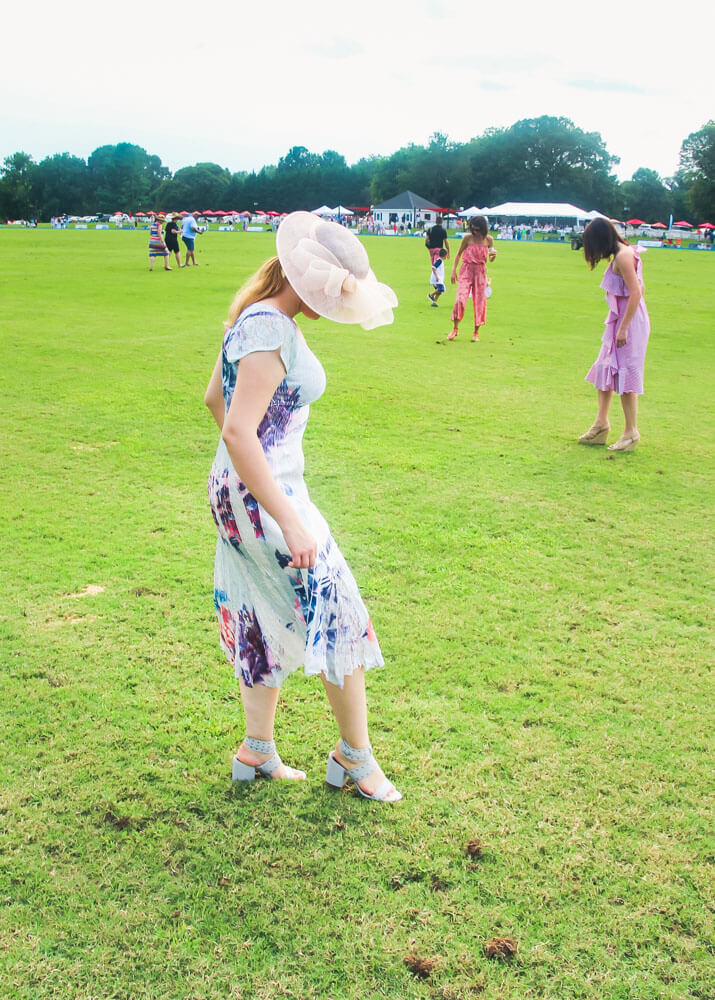 My family was really enthused about watching the polo, so I think I’ll have to bring them out again. The tailgating definitely helped with the experience and we had a lovely picnic while watching.

That about brings everything up to speed. Not you are prepared for my next hard hitting, in-depth exposé, “Working with Stu on the Lunge.” It will shock and astound you! (I mean, maybe, if that’s the kind of thing that shocks you…)