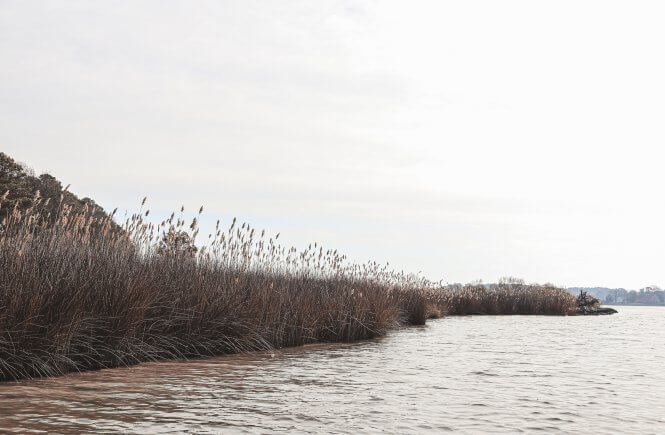 I’ve been leaning heavily on Christmas themed Instagram pictures. ‘Tis the season, afterall! There’s no denying that Christmas brings out beautiful decorations, and I love seeing what other people do. But, as I have mentioned, I am a reformed grinch, so I don’t actually have a whole lot of decorations. I’m also against buying new stuff, when possible. There’s way too much stuff around that will just end up in a landfill, and I’d like to not contribute to that when possible. I am also not a big fan of spending money.

But moving on, because of that, I didn’t have many props for photos, so I just had to work with what I had. First, I used Christmas ornaments.

My Christmas ornaments are out in the pasture. Sure, they are way more expensive, but at least I have year-round decorations! . . . #horselife #horsesofinstagram #instahorse #equestrians #christmastime #christmasdecorations #horsefarm #equestrianlife

Above is Stu and Ollie. This is actually quite an old photo – Stu and Ollie the yearlings. Ollie doesn’t even live here anymore. But I wanted to have a transparent ornament with minimal background, so I pulled from the archive. I don’t even own a transparent ornament though, so I made one of my solid ones transparent. I like this photo overall, but if I redid it, I’d make it much less orange toned, and put a magnifying effect on the horses through the glass.

Their favorite part of the season is eating the decorations. They prefer the greenery to the plastic, but I'm all out of green. . . . #christmastime #christmasdecorations #horsesofinstagram #instahorse #horsegirl #horselife #equestrian #equestrianlife #horsefarm

The next image – more ornaments! This is a case where I headed out to get the picture with one intention, and then totally changed it. I was planning to try to get a floating ornament look (like my snowflake picture further down), but then as I was walking out to the horses, planning to literally throw the things in the air, I realized I can attach the ornaments to the tree… you know, as ornaments are intended. This photo is just color toning, and although I like it in thumbnail, I’m not as big a fan when it’s zoomed in. Seems almost like there’s too many textures going on.

Pony is willing and able to step in should a reindeer be unable to fulfil it's duties. Hopefully being trained to pull a sleigh isn't actually needed, as he is not. But gotta start somewhere! . . . #christmastime #christmaseve #instahorse #instahorses #horsesofinstagram #equestrianlife #horselife #countrylife #countryliving #poniesofinstagram #pony

I had high hopes for my tree antlers. I had been floating around the idea of how to do this, when I received my baby tree order from Arbor Day. It was a sign! My baby trees would give the perfect effect.

I took all the photos I thought I needed in the morning, and then we left for our Christmas trip in the afternoon. Luckily Pony happened to be standing exactly where I needed him when I went out, and was willing to pose for me. Since we had to leave that day there would be no retakes if something didn’t look right.

Once again, I got the hand positioning all wrong. I took the photo with my hands on the base of the trees, but that ended up blocking Pony’s face. I changed them to the tops. But, since my hand previously blocked the root ball, I ended up with a weird connection point to Pony’s face. I think that would have looked better with it there, but oh well.

I had issues with getting the balance of the two trees right. Originally, it was two different baby trees. But I poorly choose two trees that had different fullness, so it just didn’t look right. Eventually, I just flipped the good tree, and let them be matching. Shame it didn’t work out. Two balanced but different trees would have looked neat.

Beautiful weather out on the water! So nice the canoe wasn't taken out by a snowflake! . . . . #thegreatoutdoors #nature #canoeing #chesapeakebay #outdoors #creativephotography #naturelover #winterwonderland #snowflakes

Once again, not the plan I originally had, but after the original didn’t work out, I decided to try to falling ornaments idea I had before. (Original idea may be still to come?)

While visiting the family for Christmas, my dad and I went out on the canoe. We used to go canoeing a lot when I was a kid. We even would go with my brother’s boy scout troop – my dad and I would be a team for every excursion. (Boy scouts is way cooler than girl scouts. At least when I was in it!)

My parent’s are on a creek right next to the Chesapeke bay. We launched the canoe right from their dock, and paddled around the creek all the way to their neighborhood beach, which is on the bay. I told my dad the picture I wanted, and he captured it from the back seat of the canoe. Thanks, Dad!

This picture was actually pretty simple, and came together fairly quickly. All the snowflakes are ornaments that I photographed, I added some ripples, color toned, and all done. It might be too soon, but I’m feeling basically okay about this photo. I do hate my stupid hoodie popping up over my coat, ugh. Wish I realized it was like that before I got the photo. But what actually makes me most nervous is posting an image on Instagram that isn’t horse themed. Veering outside that niche can be risky, as most of the people who followed me did so for the horse content. Hopefully they’ll still like the new content I post.

That’s all for the new images! I posted another image as well, but it’s listerally just a photo, so I didn’t think it was worth mentioning. I’m looking forward to creating some more interesting images for the new year! 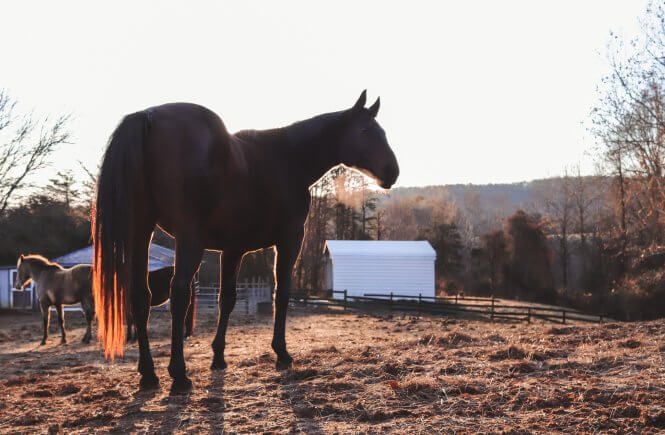 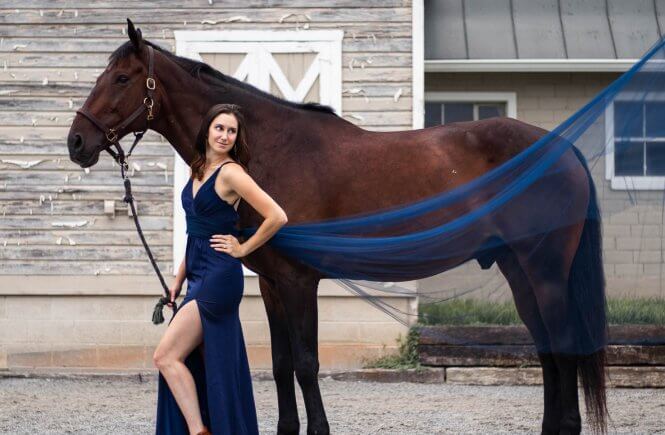 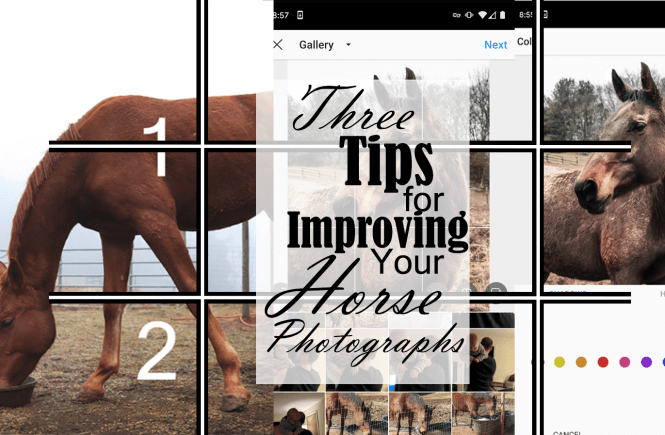 3 Tips for Improving Your Horse Photos