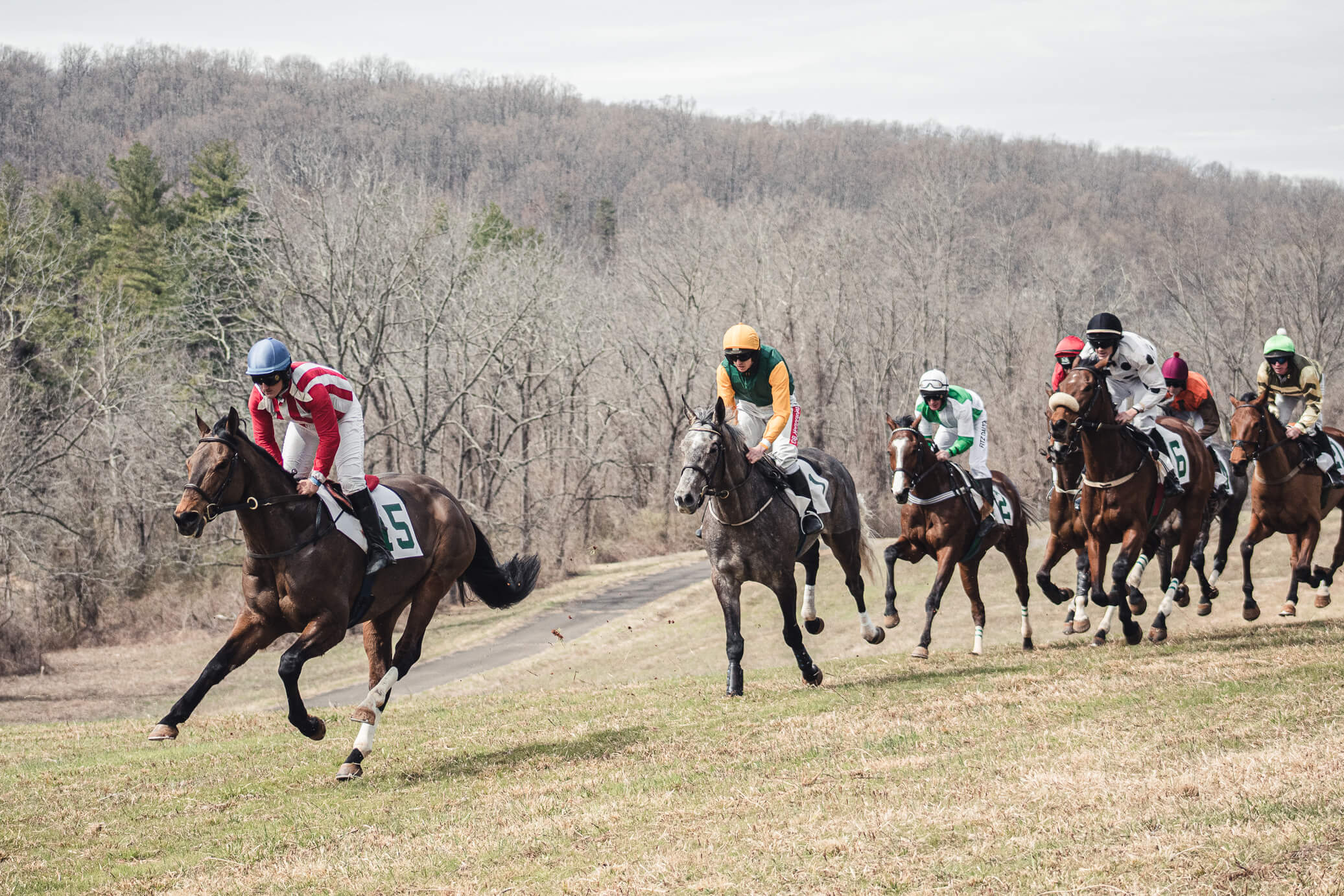 Saturday was the 79th running of Warrenton Hunt’s Point to Point. Leading up to the event, I was watching their facebook page to see if they would cancel the event due to the coronovirus, and it seems others were too, as they eventually posted that the race was still on.

I’ve never been to this race before but I was told the event was casual and low key. I decided it probably wouldn’t have that many people spectating, so I would go anyway, and keep a distance from other people. If it was the way I was envisioning, it would basically be like a hike in the field.

It was. I don’t know if it was their usual amount of spectators, or if coronovirus kept everyone away, but there were not many people there at all. The horses were there, their teams were there, the people running the event were there, and then there were about 10 cars in general admission. With the racecourse being huge, it was very possible to not come near another human being.

It ended up being a really nice day, too. I went with the intention of working on my action photography, and trying to get some creative photos.

Unfortunately, I don’t think I did well overall. I did get some shots that I liked, but I was having issues with the speed of my camera, and none of them are creative at all. They all look very standard. They look like the same photos I would have taken years ago, before I got serious about learning photography.

Even more unfortunate is that I was trying to get specific photos for a creative project I’m working on, and I didn’t get enough quality photos to use. I’m just hoping this won’t end up delaying the project.

All this means I need to go out and try again, but with the coronovirus, I think the opportunities might be ending, for better or worse. But me not being able to take photos is hardly the worst part of this crisis.

The event featured a sidesaddle race as well, but after having lots of trouble with my camera, I only got a few photos, none of which are any good. I’ve never had so much trouble with it before, and I’m not sure if it’s user error, or if there’s something wrong with my camera. I used the same camera to shoot my Great Meadow photos, and I did not have this trouble, and I was happy with the result (minus the editing… color looks kind of wonky).

(If you’re wondering what the issue is, basically the camera is freezing – I ask it to take the photo, and nothing happens. I had it set to take multiple in a row, it took one and froze.)

But this is just me complaining about my personal problems. I’ll figure this out.

It was still really fun to watch the races, and in the end, that’s what I ended up doing. It’s been a long time since I just watched an event without trying to take photos of it. It’s fun to just watch the horses go, and sit out in nature, enjoying the weather, and just lose yourself in the moment.

I hope everyone is doing well. My thoughts are constantly on this virus, but I don’t want to bring it up too much here, as this is a horse space. But do know I’m concerned for all of us.