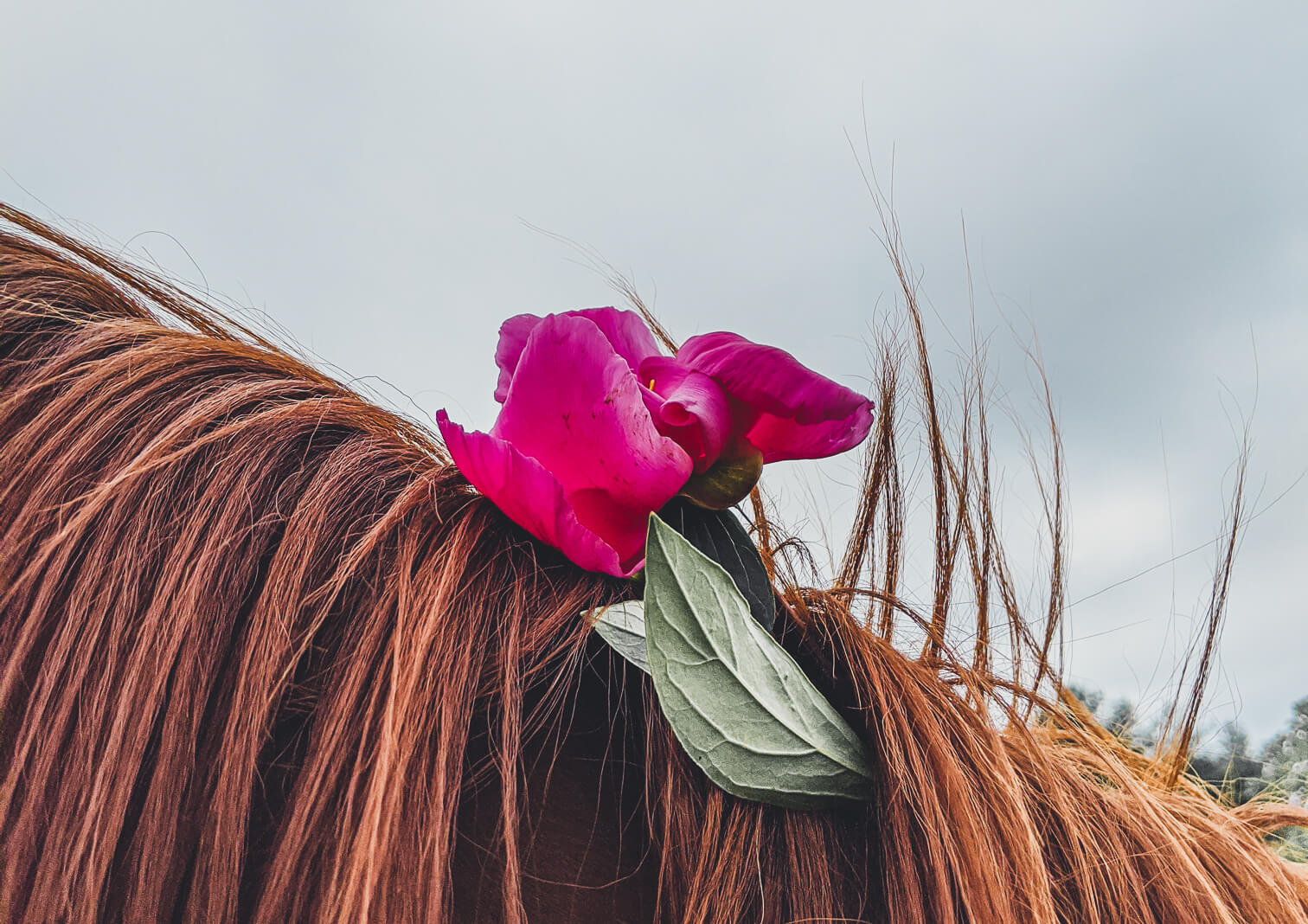 Stu is a dominant horse. It took me a surprisingly long time to realize this.

There were many times I made excuses for his behavior. He’s a little bit slow, he doesn’t understand what I want, etc. etc.

But what actually is taking place is he just doesn’t want to do it. He’s incredibly lazy, and he doesn’t like being told what to do.

I already knew he was a bit a jerk, but I didn’t realize it was the manifestation of a dominant personality until two things happened.

First, I started watching YouTube videos for ground work ideas. In one of them, someone had a horse that was acting like a jerk, and the trainer said it was because the horse was lazy and didn’t want to cooperate. So in that case, it was like a blaring horn in my face.

I tried to use some of the ground work techniques in the video, but Stu was refusing to cooperate and pawing at the ground in protest. It was a little bit frustrating. After a very small level of his cooperation, I decided it was just something we would work on.

The very next day the farrier comes out to trim everyone. Stu goes first, to get the most complicated one out of the way.

He’s not difficult for the farrier, but of all four equines, he requires the most hand holding to behave. He was mostly fine, and went back into his stall.

We started on the next one, angelic Pony, while Stu watched. Stu decided he wasn’t happy being ignored, and started pawing at his stall door. His stall door is currently a gate until I build a wooden one, and he was sticking his hoof and leg fully through the bars, and then backing up, trying to pull the gate with him. He did this several times while I yelled at him, getting exactly zero results.

My farrier and I had been discussing Stu’s manners for a few visits. My farrier grew up in Wales, is an avid foxhunter, and buys and sells horses at his barn. Growing up, he and his mom would buy horses, train them, and sell them.

My farrier observed Stu for a moment, and then walked over, and popped him right in the muzzle. Stu leapt backwards to a corner of the stall, shocked. After hiding for a few moments, he crept back up, preparing to raise his leg again. My farrier took a step towards him, and Stu retreated to the back of the stall. After that moment, Stu was in love with my farrier. I swear I could see the little hearts in his eyes.

He stood silent and still by his gate, watching the other horses get trimmed. He watched my farrier with awe. It was obvious Stu now realized that my farrier was the herd leader, and all he wanted was to be near him.

Now, I’m not a fan of hitting horses in the head. Neither is my farrier, as he explained afterward. It makes them headshy, and it’s just not very nice. However, a well timed and efficient smack could be exactly what an ill mannered horse needs. In this case, it worked perfectly.

After the farrier left, Stu’s behavior was so different, it was almost like he was a different horse. He usually follows me around the field, uncomfortably close. This time, he stood a distance away and waited until I invited him forward. When he got too nosy, I just stomped the ground and he retreated 5 feet.

I pulled him out to the do the ground word exercises, and he listened. He was extremely respectful. The change was amazing.

I’m not advocating popping a horse in the muzzle. But I am advocating standing up for yourself. Horses don’t see kindness the way we see it, at least not the dominant ones. They see strength, and they see weakness. Stu thought I was weak. He might be right, since my farrier is the one that got him in order. But I’m determined to prove otherwise. I actually asked if my farrier can come by a few times and teach me how to work with Stu.

With such a dramatic change in one afternoon, I’m feeling really optimistic about what a few sessions would do.

I’ve also ordered a rope halter. A standard halter doesn’t give enough control, and I don’t think my cavesson fits him well enough to give control.

I am so excited for when it comes. It’s going to be a thrilling few days of ground work!

My Go-To Beauty Products and Routine