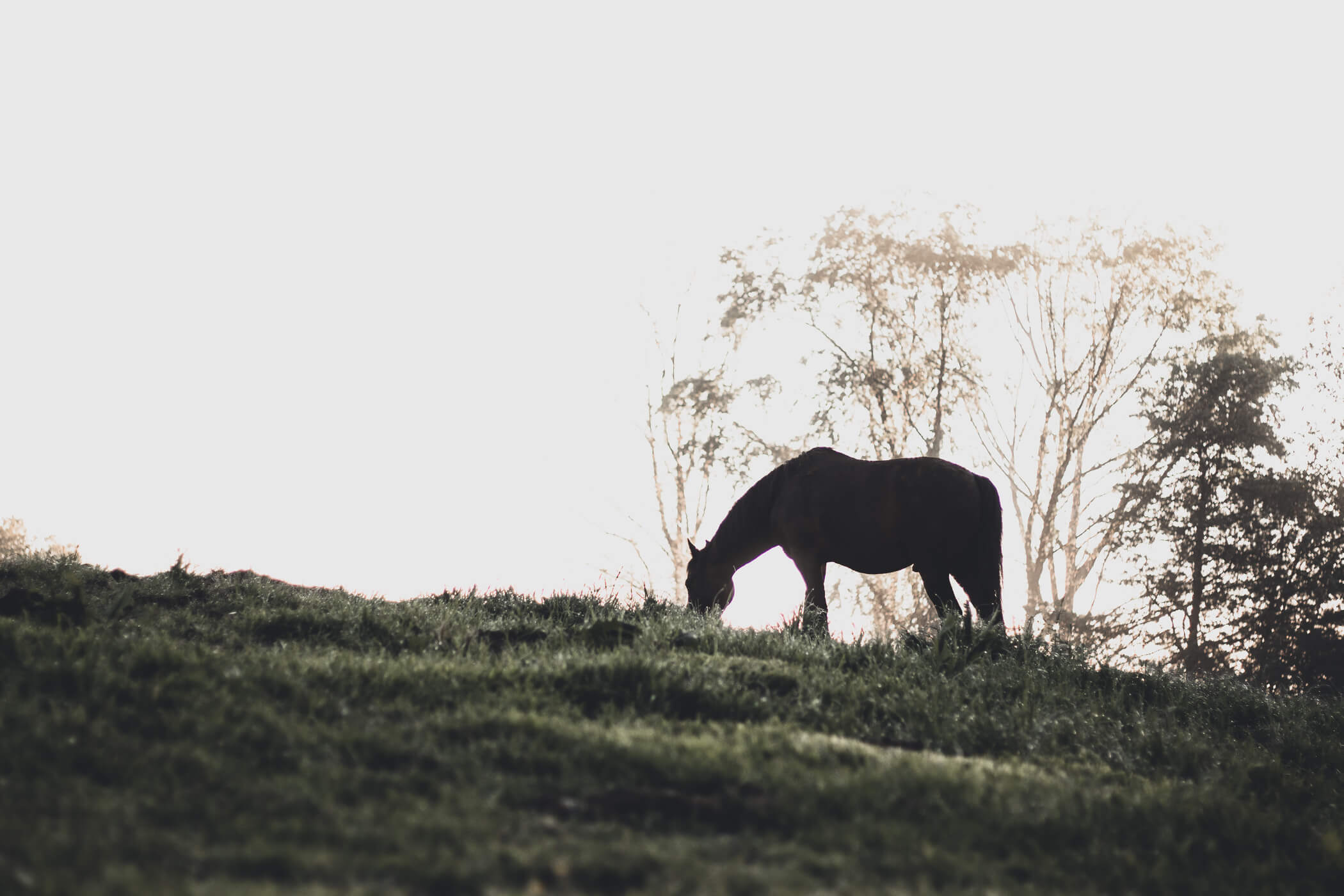 But in all actuality, he’s a registered German Riding Pony that I bought from a breeder. I saw an ad for him as a yearling online with no price listed. For some reason, at the time I really wanted a pony, so I reached out. The breeder wanted $6,000. After collecting my jaw from the ground, I politely thanked her for her time, and said that was way out of my budget. She either really liked me, or really needed to downsize, so she came back to me asking what I would offer. We ended up striking a deal for a fraction of her original asking price. She got some cash, and I got myself a little bay pony. He was the most expensive equine I’d ever purchased, until I bought Stu. But that’s not to say he was expensive, just that I’m really cheap.

The first time I met him was when I picked him up. I bought him entirely off of photos and video. Not really recommended, but it worked out fine for me. I got very lucky with this one.

Digging back into the why, I really had a desire to have a dressage pony. I’d been watching Burberry do his thing, and it seemed so perfect to have a fancy equine, but in a small package. I’d just gotten rid of a giant thoroughbred that ended had me intimidated, but I still wanted something fancy. Unfortunately, Pony ended up smaller than I was hoping, somewhere around 13.1 or 13.2. A little bit too small for me to ride regularly.

He was about a year and a half old when I brought him home. I was harboring a secret desire that I would keep him a stallion, and start a German Riding Pony breeding business. That lasted only a few months before I realized how annoying a stud colt is. Didn’t even want to try it with the full grown stallion. And that’s why I had Stu gelded at 4 months old. Nipped that one right in the bud.

Pony was inspected and branded by RPSI, back before they became Westfalen. He has a little leaf brand that most people miss, as it’s teeny tiny, and his coat color hides it.

His sire is Saint Sandro, a pretty black Oldenburg. From the name, I was expecting that he was directly from Sandro Hit, but apparently the name skipped a generation. Sandro Hit is Pony’s great grandfather. Kind of far back there.

I have a thing for brevity in videos, so here’s a very short video of Sandro Hit.

Sandro Hit is certainly a cool horse. I’ve seen lots of horses by him (or with him somewhere in there, since apparently names can’t be trusted) out competing at show likes Upperville. I always have to point out that it’s one of Pony’s relatives – even if in all likelihood, it is pretty distant connection.

Since it’s been a few generations, I don’t know if Pony is a good example of Sandro Hit, but I do know that I love Pony. Pony has such a great personality, tries so hard, and is almost dog-like in his loyalty to me. It makes me impressed with Pony’s sire, Saint Sandro, and there were actually a few times when I wished I had a different horse by Saint Sandro, one that was even just a little bit bigger. But then I wouldn’t have Pony, and I don’t know if it would be the same. Despite his tiny frame, he is just such a good boy.

If he was taller, even just a few inches, I’d feel more comfortable riding him myself. Most of the time, I feel way too tall and heavy to ride him. But with how difficult it is to find pony riders, it’s my only options. But that’s how he ends up not being ridden most of the time. It really feels like a waste to have such a nice pony, put him in training, and then do nothing with him. He needs to get out and see the world, at the very least to gain some experience so my daughter can ride him.

I’ve tried a few times to find leases, but he’s not at the point where he could be trusted with a child alone, which is usually the type of pony people want. Not many people are into getting a pony that needs work to be usable for their kid. It really seems like my best option is to ride him myself.

Riding him is actually a big part of my motivation to lose weight. I’m hoping if I get down to a low enough weight, I will be able to put enough ride time on him to make him trustworthy for children. Unfortunately, as most know, losing weight is not as simple as just declaring it. It’s a pretty slow process.

In the meantime, I’ve started doing ground work with him. I can do lunging and long lining as a training refresher. I also thought it’d be pretty cool if I could direct him from the ground while a child rides. Like point him at a jump and he’ll take the jump. I think that’s in the vein of liberty training, which I’ve never done, but it could be really cool.

If I do end up losing enough weight, I would try to do dressage with him, as that was his original intent.

Overall, he’s one cute and talented little pony. I’m going to push myself to do something with him this year, and I’ll definitely share the progress!