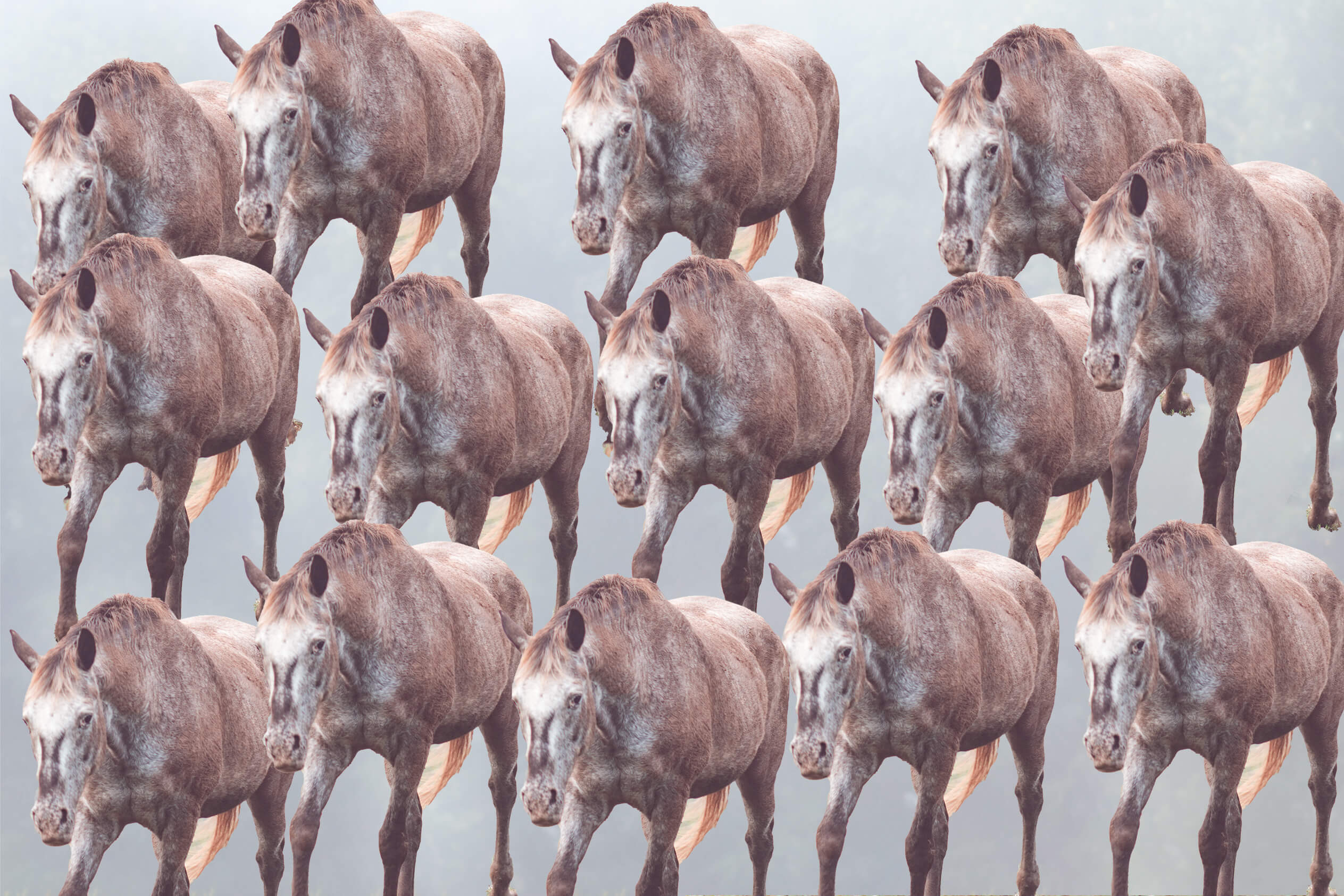 We all have that one horse that really moves us. They are our friend, our partner, and our best teammate. It can seem like they are so in tune with what we want, they know what we want before we’ve told them. This is such a common thing in horse world that we even have a name for it: our “Heart Horse.” Similar to a soul mate, there can only be one, and they are not easily replaced.

For me, that horse is my beloved Vintage. Being the horse of my teenage years, we’ve been together for about 20 years now. She was green broke when I got her, and we learned so much together. We explored the countryside, went swimming in the river, and learned each other so well it seemed like she would respond to me just thinking what I wanted her to do.

There were times when I thought she wasn’t big or fancy enough, but even when I explored those types of horses, nothing compared to my beloved Vintage. I would take that connection with her over any other horse.

I miss our rides together. Our connection was incredible, and I felt like I could take on the world riding her. She listened to exactly what I wanted to do, and she did it was such enthusiasm.

I also wonder about her missed potential. She was an incredible jumper – brave, honest, and enthusiastic. When I was younger I was always afraid of jumping her. I think the effort she put into it scared me a little. But now, what I wouldn’t do to go back, and pursue that more. How high could we have jumped? What could we have accomplished? I’ll never know.

But, for those of us like me, wishing they had a copy of their heart horse (or maybe a nemesis horse, to keep the feud going), there’s a way for it to happen. It isn’t just science fiction anymore.

ViaGen Pets will clone your horse for the priceless cost of $45k. Sure, it’s a lot of money, but can you really put a cost on having a replica of your heart horse? (Yes, you can obviously, because they did. Not saying there’s anything wrong with that!)

ViaGen was previously in the news for cloning the incredible thoroughbred gelding, Gem Twist.

If there’s any horse that should be cloned, I’d say that’s definitely one of them. The clone, Gemini, is currently standing stud in the Netherlands. PS, this is the most interesting stallion stats page I’ve ever seen. I wish they were all like this, it’s like an actual sports stats sheet.

Of course, this is a high performance, high achieving, incredible horse owned by famous horse owners/trainers who aspire to make an impact on the horse industry. What does cloning mean to the average horse owner?

For most of us, $45k is going to be a barrier. It is a lot of money for the average horse owner, and it’s hard to justify spending it, unless you’re cloning a horse like Gem Twist. One would imagine that the stud fees Gemini is going to bring in will offset the cost of the cloning.

But for Courtney down the road, with her little appaloosa of unknown breeding, does it make any sense to clone? It would be done purely out of the love of the horse, which it could be argued is the most pure reason to do it. But just because it’s done out of love, doesn’t mean it would make sense.

For one, the resulting horse is not the same horse. It may look the same and have the same abilities, but it’s a completely different animal. It’s not going to be raised the same, have the same experiences, or have the same personality. ViaGen even points this out on their website. There’s the potential, but so much of who they are is because of their experiences.

Next, is it really something that even makes sense to do? There’s a part of me that thinks it sounds like something out of a fantasy or Harry Potter book. It is the resurrection stone, capable of bringing your dead loved one back to life, but at a cost. There’s the financial cost, of course, but what about the emotional cost? What if the horse doesn’t end up being who you think it should be?

That being said, how would you know what the horse could be, unless you did it? It could end up being exactly what you hoped it would be.

Should people even be holding onto the past in this way? Does it make sense to cling to something that was, when there’s new life to be explored? Who knows what new horses or experiences would be missed by hanging on to the glimmer of a past life?

I like the idea of it. I think about how fulfilled I would feel if I was still riding Vintage, confidently taking on shows, trails, and exploring the countryside again. I truly felt a connection to her, and our rides together felt like adventures with my best friend. But I don’t think I could do it. I just don’t think it would be the same. Part of why I had the connection with Vintage is because I felt so blessed to have her as a kid that I spent hours and hours with her, doing everything and anything possible. I don’t think I would have the same amount of time for another horse, regardless of who they were. And there is the argument to be made that if I did spend that much time with another horse, I might feel the same connection, or perhaps even something more.

Do I want another Vintage, or do I just want to go back in time and relive all our adventures together?

Would you do it? Would you “bring your heart horse back to life”?

Another direction I could see this going – when will clones of famous horses be available for the general public to purchase? How much would a clone of of Gem Twist cost? Or maybe Valegro? Would you buy a clone of a famous horse?