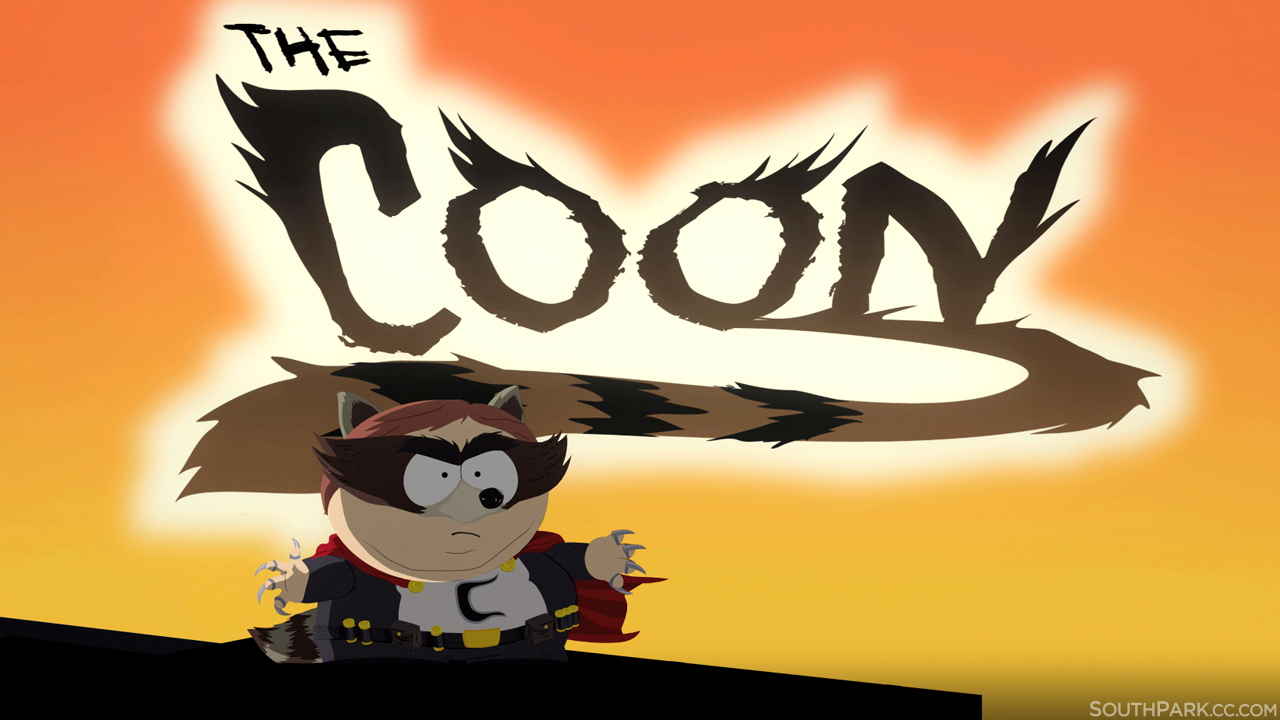 After last week’s episode, I spent some time doubling down on the security of the grain. I tied down the lids, and covered the sweet feed bin with a big tarp. I don’t know why a tarp, because the raccoon would still be able to tell the sweet feed bin was there, but it felt like the right thing to do. I was thinking I did pretty well, and I guess the coon thought so as well, because after being a jerk and shredding the tarp, he went after a different container that I had neglected to secure – the bin for horse treats.

Dave loves to give the horses treats. He is the treat dispenser, and the horses know it. I think this greatly contributes to the love between him and Pony. 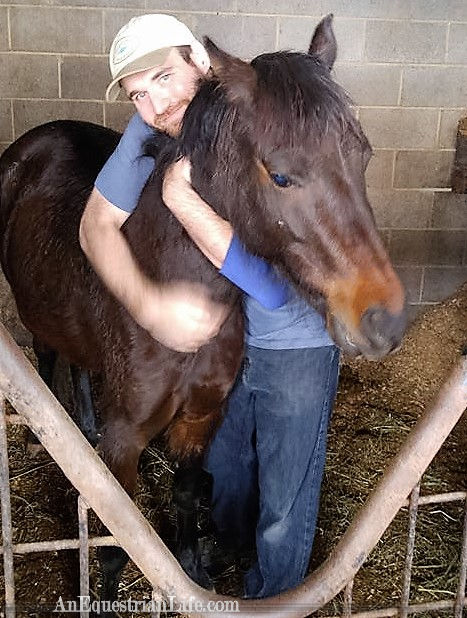 A truer love does not exist.

Because of this, we keep an entire feed container full of horse treats. I don’t really know what’s in there, because Dave completely stocks it, and distributes them generously, where as I don’t really give the horses treats, because I am a grinch. But I was keeping a bag of powered honey in there to entice Pony to like his bit (was not a Pony approved tactic though). The blasted raccoon pulled out the bag of honey, ate some (I assume), shredded the bag, and left a powered honey everywhere. It was on my tack trunk, it was on Berry’s heavy blanket, it was all over the floor and jammed into those hard to clean corners of the wall supports.

The jerk also left some prints for me to have ID’ed. Now if the police have a lineup of suspects, they’d be able to ID the right one. 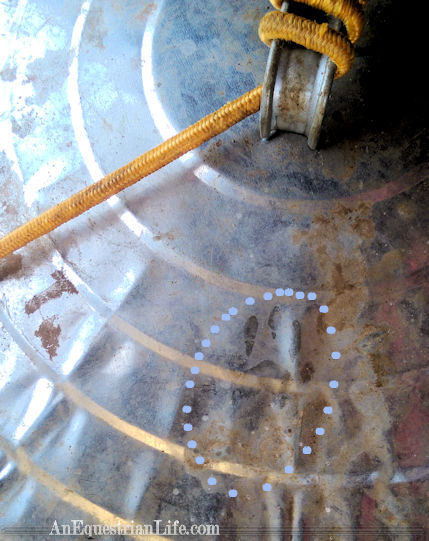 The blue dots were added by me and not left by the raccoon.

Vintage was also quite on edge and very eager to get out of the barn. I’m guessing she is not happy with the raccoon’s activities while they are mere feet away. I’m actually shocked that the raccoon is so bold that it wouldn’t immediately be scared off by the horses being in there. Very strange.

Since I had to clean up a mess of powered honey anyway, I decided to clean out the entire storage area. I swept out everything, put the heavy blankets away, and also found that the raccoon left some poopies there for me. This just proves what a jerk he is. Couldn’t be bothered to go outside, had to hold it until he could put it there for me to clean up.

I also discovered the raccoon shares my fondness for brisk. It went through the trash can, pulled out cans of brisk and shredded them all over. It was kind of shocking how many cans I had left down there… but I swear, I’ve been getting better! I don’t have quite as much brisk as I used to! Let’s quickly move on from me and my brisk obsession, this is about the raccoon’s obsession with sugar and destroying my storage room.

With the area cleaned up, and all food bins tied shut, I felt pretty confident in my raccoon-proofing abilities. All I could do is wait for the next time he came by. 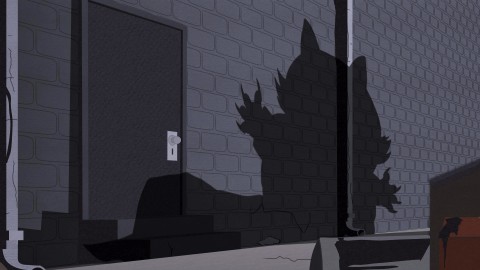 And, of course, he did. Vintage was more irritated than she usually was, despite me heading down to the barn earlier than usual. She was banging, raking her teeth, kicking her door, all the usual Vintage pissed off behaviors, just more so. It was a beautiful symphony of banging the whole walk down to the barn.

When I went in the barn though, it was still fairly clean. There was a stack of buckets knocked down, and some adjustable gullets knocked over, but other than that, there was no destruction. I guess the raccoon did some searching, but couldn’t find anything at all to eat.

The horses were still upset though. Berry wouldn’t even eat her food, and they both took off as soon as they were left out.

I didn’t really do anything to prep for the next night, as I assumed my defenses would hold. But when I went down there this morning, I found he managed to break into the sweet feed again. It was still tied, but popped off enough for him to stick his paw down in there. Ugh!! He also knocked off the trashcan lid, probably just to show he wasn’t going down without a fight.

Oh it’s on, raccoon. I’m not going down without a fight either!

Vintage was upset again. Not as much as before, but since the trash can is right outside her stall door, the raccoon must have been pretty close to her. But she must be somewhat okay now, since she only banged and smashed her stall door every few minutes, as opposed to every few seconds. Berry seems completely indifferent now. When I let her out, she casually strolled out, and then stood for a while, observing the world in a way that makes me feel like she’s the most intelligent animal on the planet, and she’s just been messing with us every time she does one of her weird stunts. 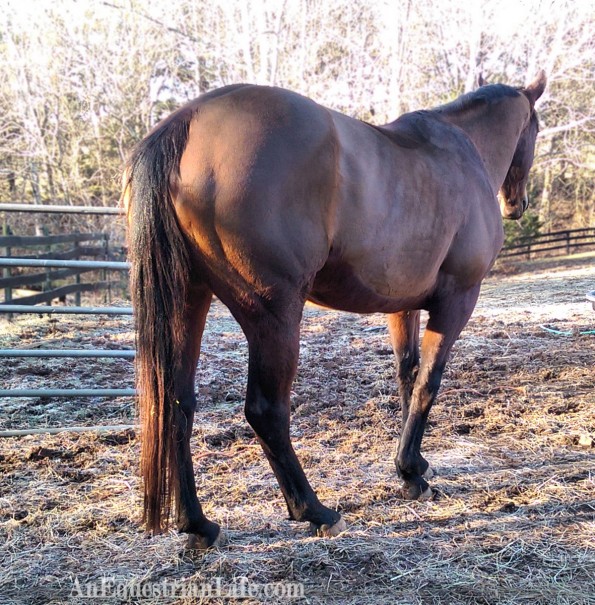 Vintage on the other hand, was so disgusted by her night she had to go roll immediately. 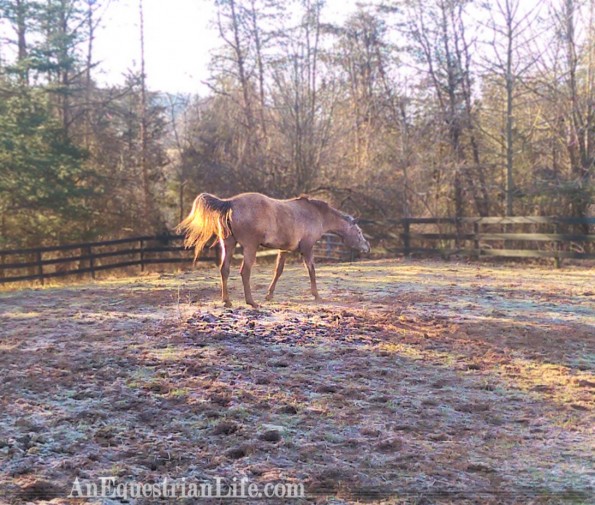 “Ewwww, must get the thought of raccoon off my skin!”

There’s going to be a follow up to this, because it’s time for more aggressive action. I’m very sick of him getting in there and upsetting Vintage. I didn’t want to use the trap because the thought of catching a wild animal just doing it’s thing, and then having to dispose of it is kind of disturbing to me. But I have to be able to use my barn for its intended purpose without the risk of my horses getting rabies, so it’s time to do what must be done.

Ugh, I am not looking forward to this.