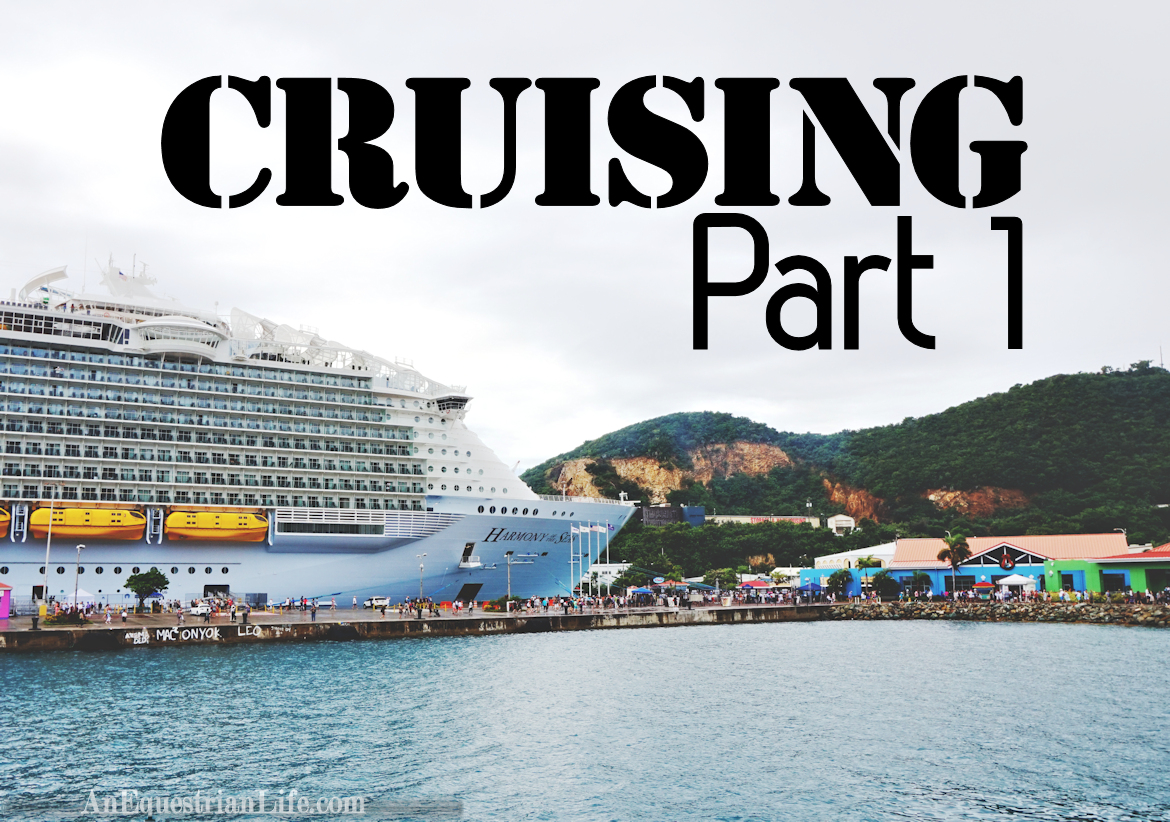 Despite my earlier stance that cruises are terrible and I’ll never go on another one, I ended up on another cruise. Except I justify this by saying that it was (mostly) paid for, and Dave’s entire family was going on it. It was a family reunion of sorts.

We were booked on the largest cruise ship in the world, the Titanic. Just kidding, it was Harmony of the Seas. But we were told so much that it was the largest cruise ship in the world, I felt like we were going to be hitting an iceberg, or small island. Good thing the water is warm, so instead of freezing to death, we’ll just all be eaten by sharks. 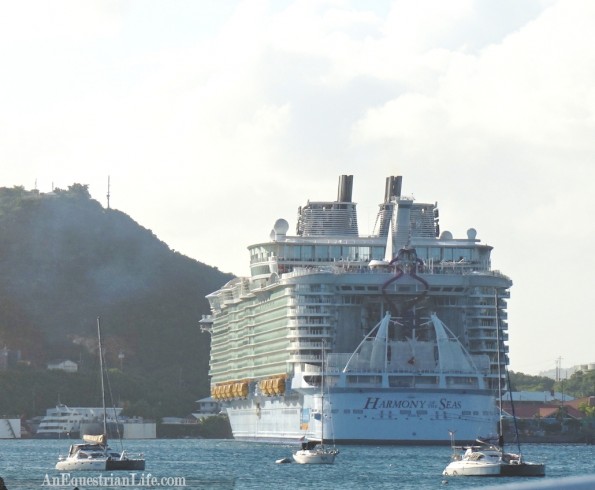 Docked in St. Thomas, in the American Virgin Islands. 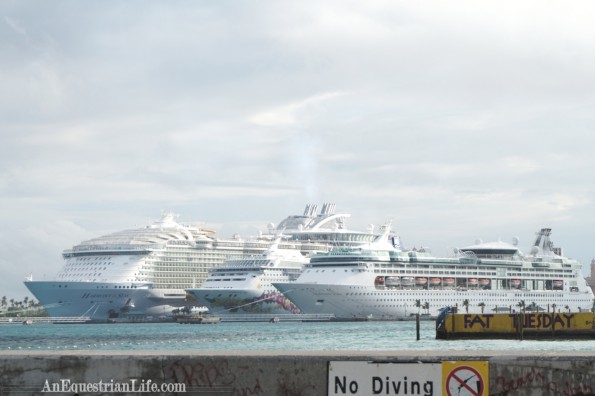 Lined up with other cruise ships. It’s the big one, on the left.

My favorite part of cruising is definitely eating in the fancy dining room. We ate there almost every night, and I like that it’s like eating at a fancy restaurant, except I don’t have to pay anymore than I already paid to be on this ship. I ordered delicious tender beef in various forms every single night, and I tried escargot, except I’m not classy, so I just call it snail. It was weird and chewy, but I’m still alive so I rate it a 3/5, so-so, would eat again if I was starving at a fancy French restaurant. I also like dressing up, so formal nights are fun for me. 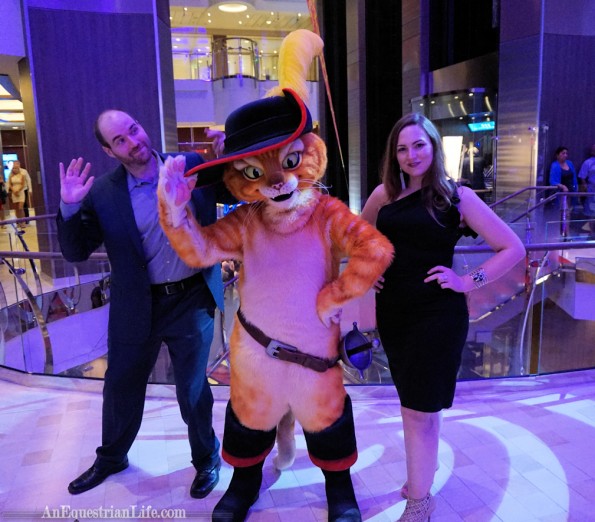 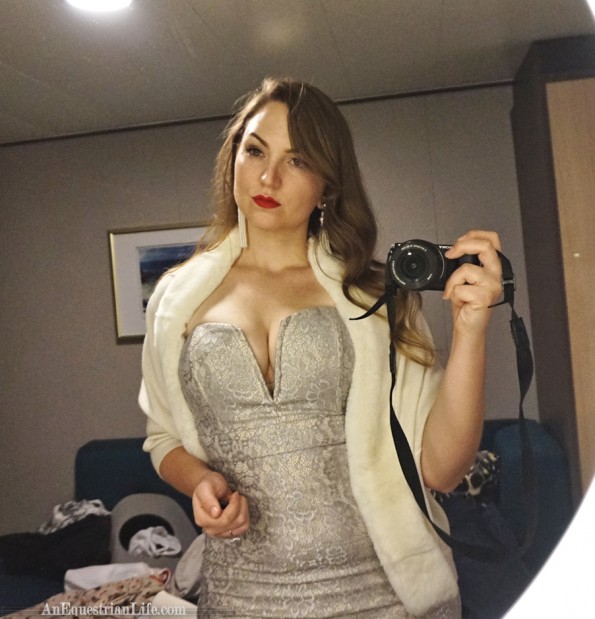 Formal night 2, because I’ll be damned if I’m paying $20 for an official photo.

We signed up to go to every show. Some of them were a bit mind boggling. 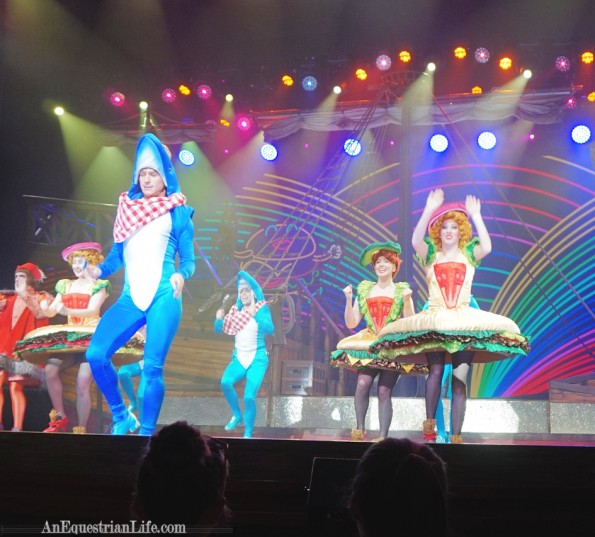 It was amusing and featured lots of modern, popular songs. The plot went all over the place. 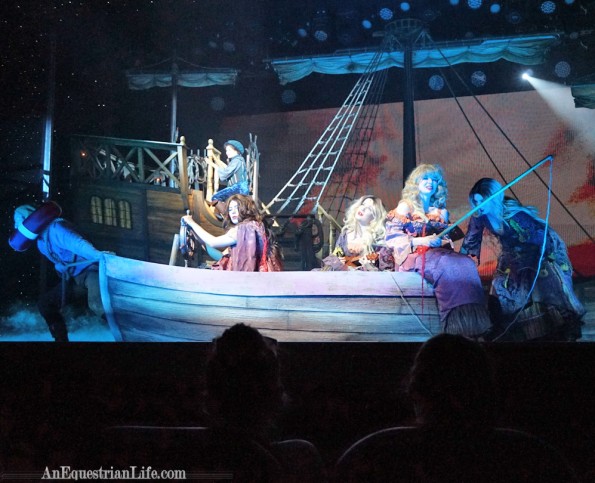 There was an ice skating rink on board, and they also had a show put to popular songs. It was like watching a music video on ice. 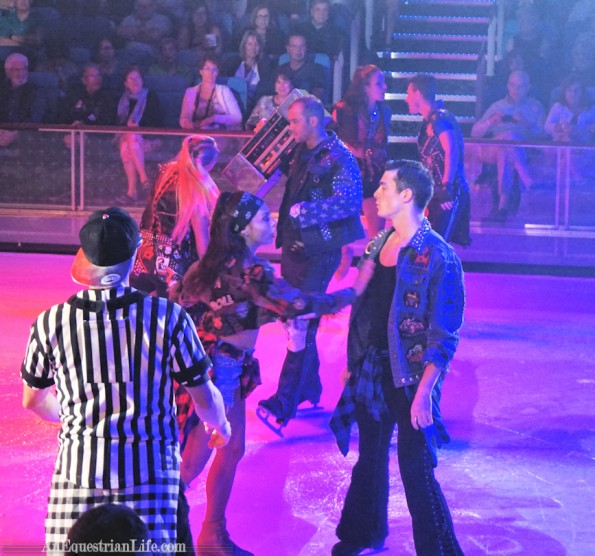 “Hit me with your best shot” included actual hitting.

There was a second ice show, 1887, but I had trouble following the plot. A woman somehow got trapped in some kind of time warp which took her into space and under the sea. That’s about as much as I could figure out.

Other than shows, they had some activities on ship to help you through the long stretches at sea. 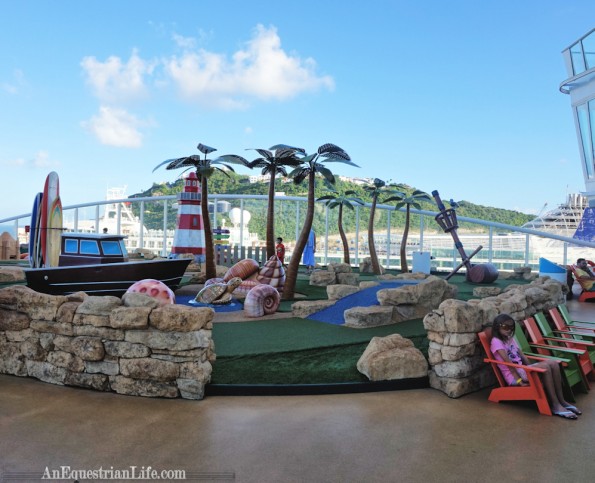 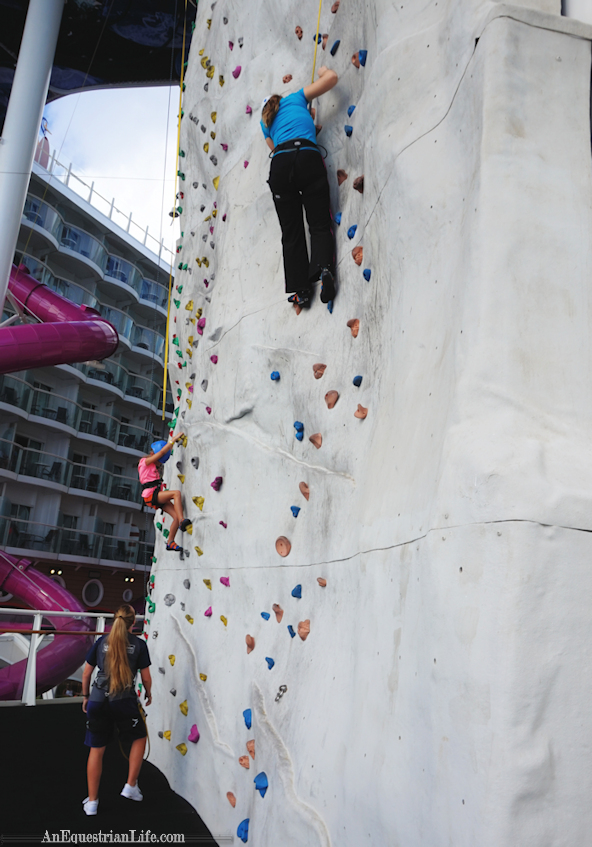 That’s as high as I got.

Later, I shocked myself by going in the pool and going down a slide. It’s been a long time since I’ve been in a pool. The pool space was incredibly crowded, and I got bumped into the whole time. Other than that, it was fun.

The real fun was in visiting the islands. That’s coming up next.