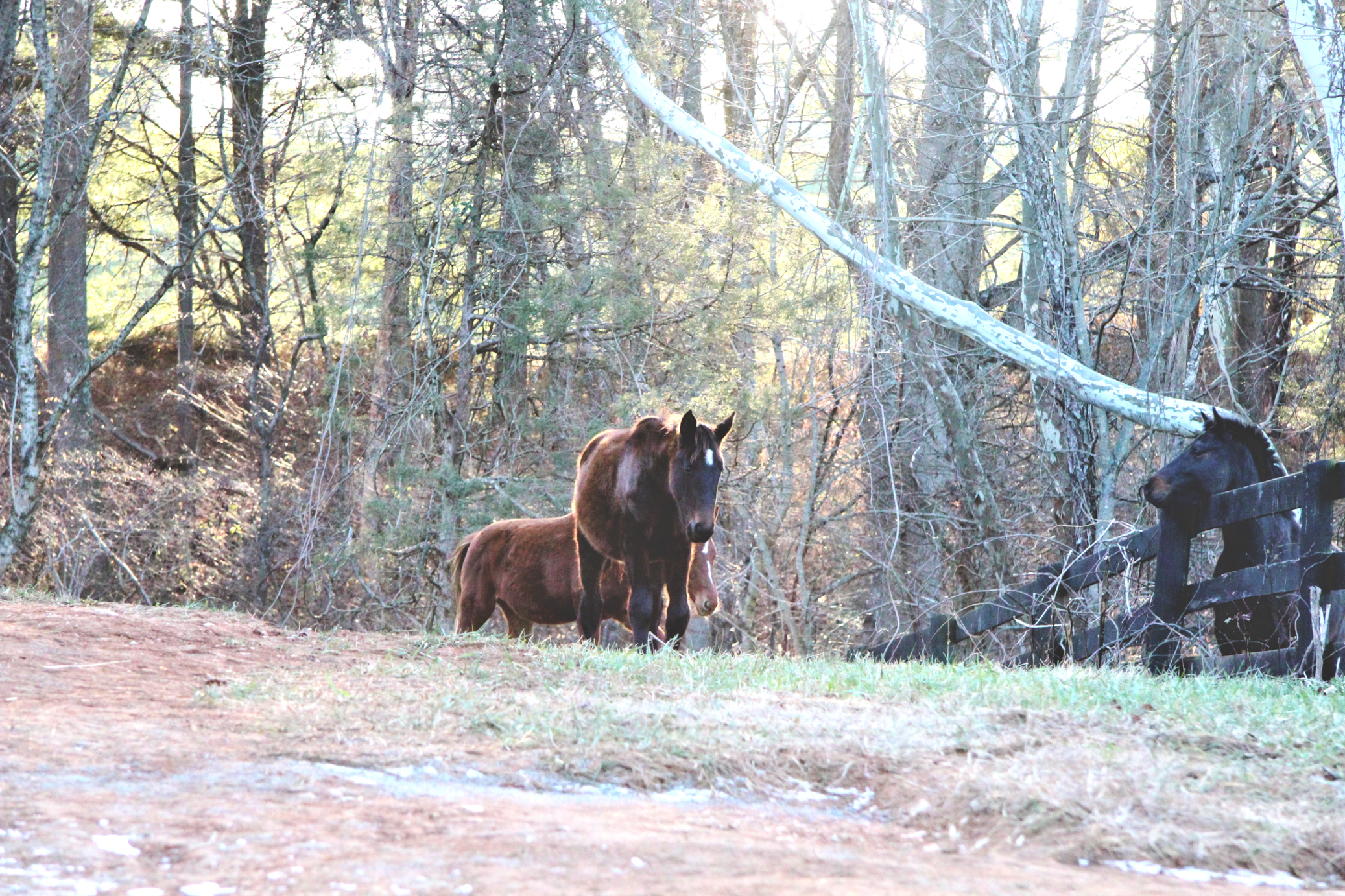 Saturday was the day I have been waiting for since last Sunday evening. Stu came home! Finally, everything was in place, and we were ready for the babies to come home. We made the trip down, and it was so nice to see both the babies and all the other babies on the farm! 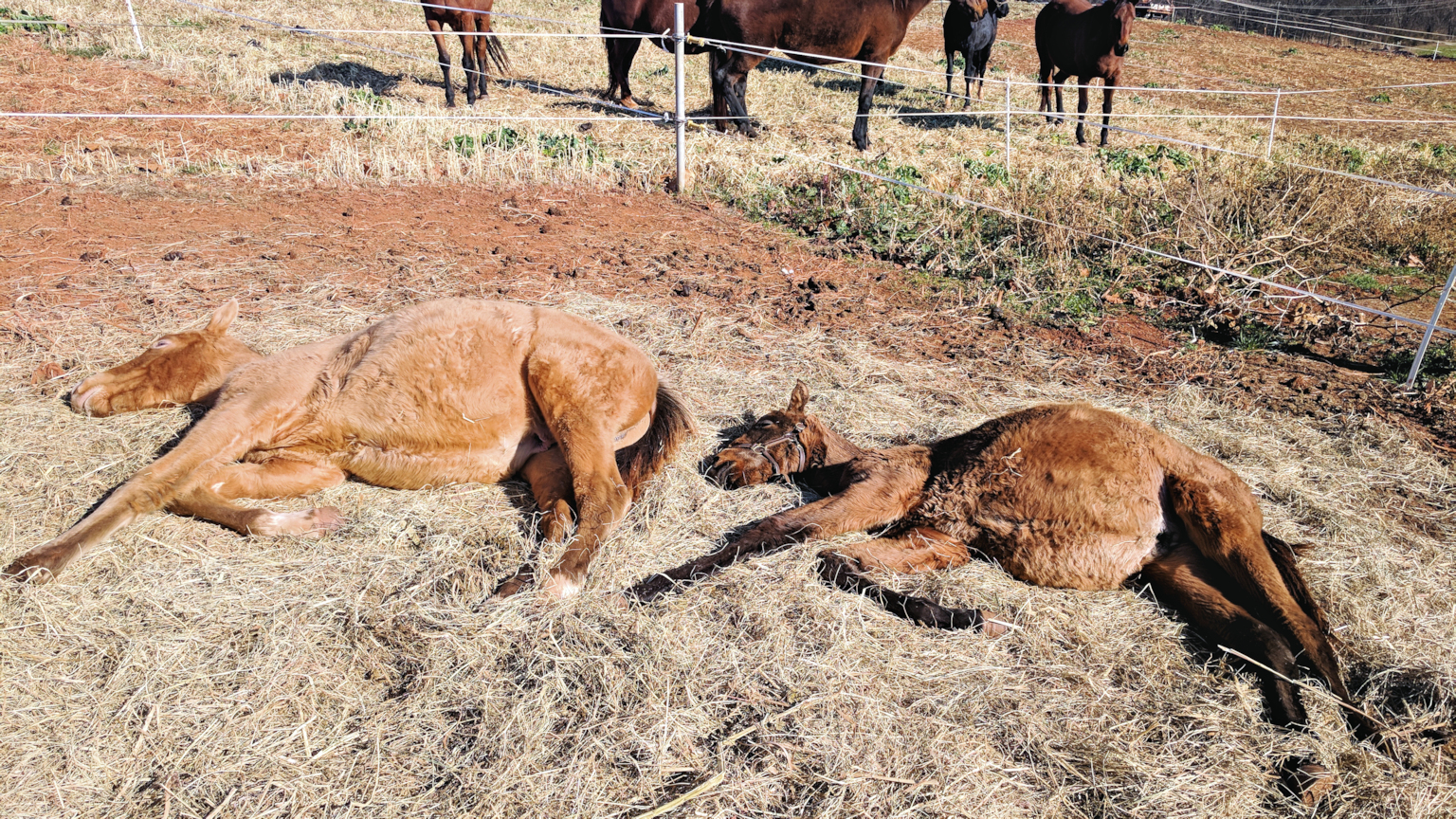 We showed up in time for midday nap!

Stu was also laying down for naptime and did not want to get up at all. He had to be slowly pulled to his feet. We were clearly disturbing him, and he did not appreciate it at all. 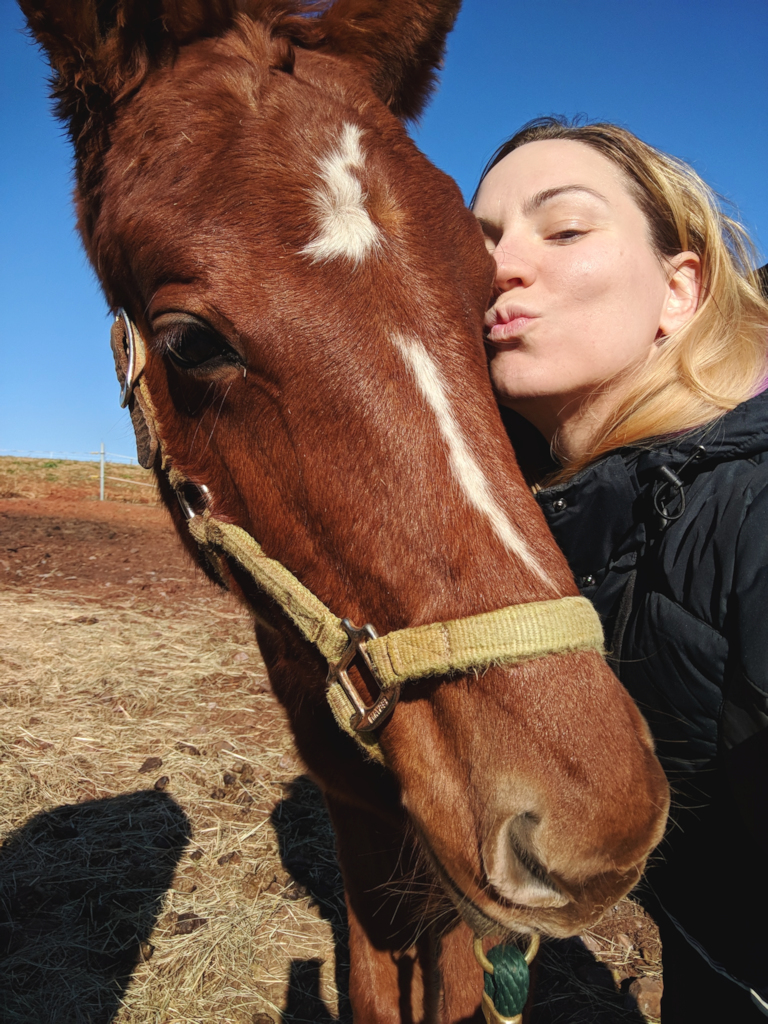 Moments after getting him up I managed to get him to pretend he maybe likes me.

They paused for a moment going into the trailer but then walked right up. Feed was definitely a good incentive, but they stood quietly as we shut up the trailer, and then they were very quiet travelers. When we arrived, they were lined up as though they had been standing in a two-horse normally, instead of having an open trailer to ride in. Smart little things!

We walked them down to the pasture with no trouble at all. They led well, and they were very quiet. These two have good little brains! 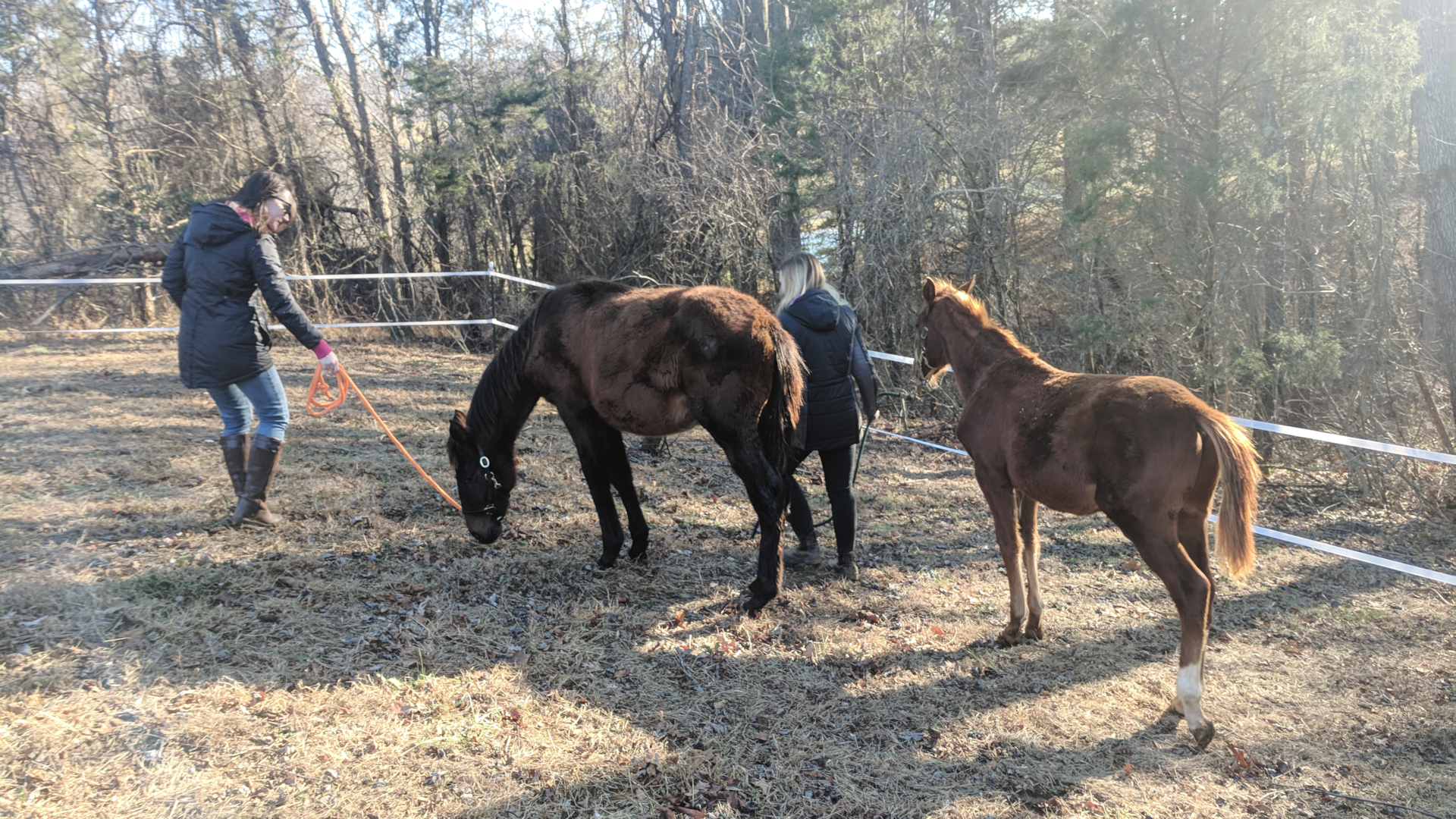 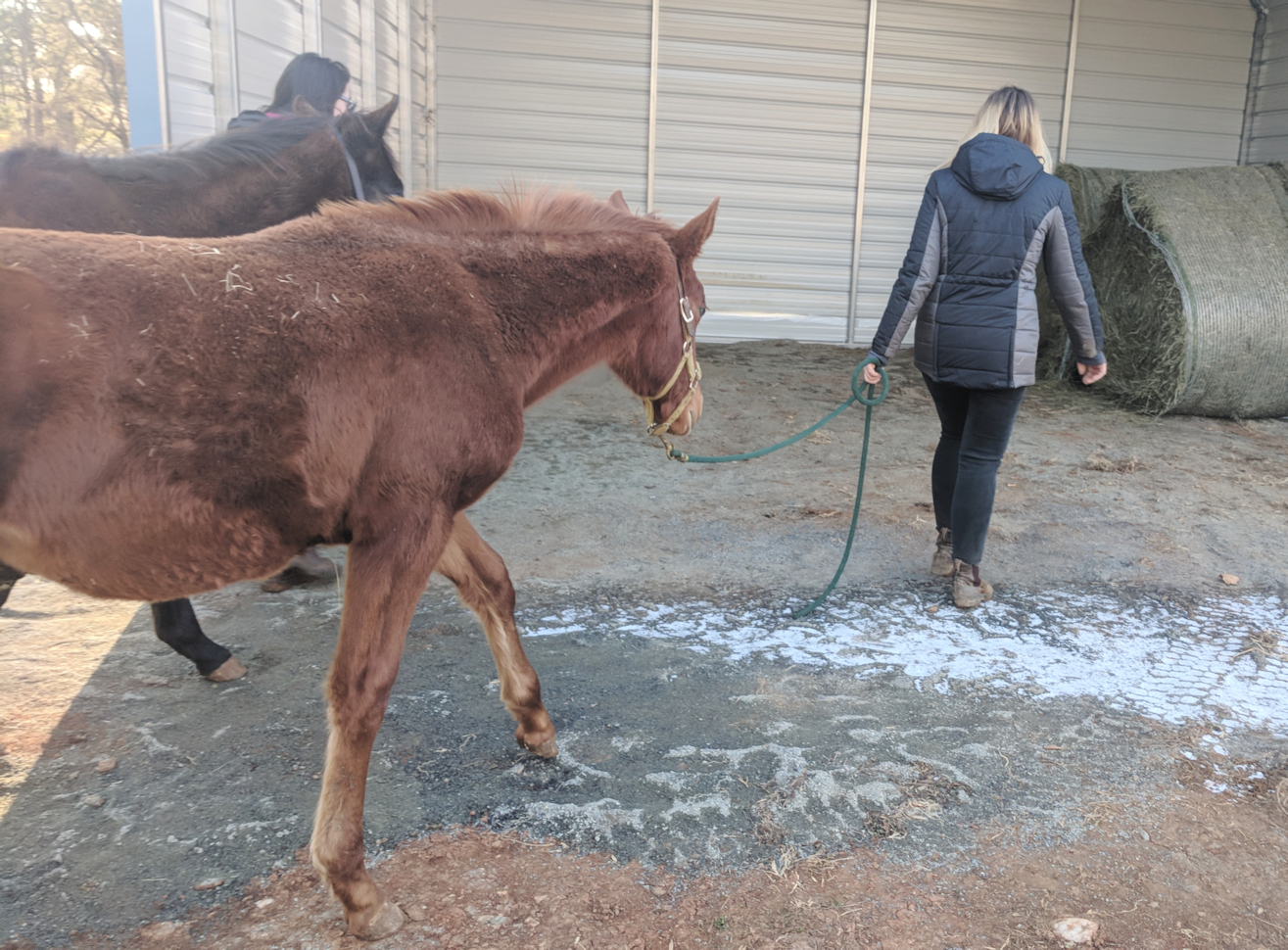 We showed them the pasture, and let them free. They didn’t do anything crazy at all, and grazed down the remaining grass while ignoring my other horses. 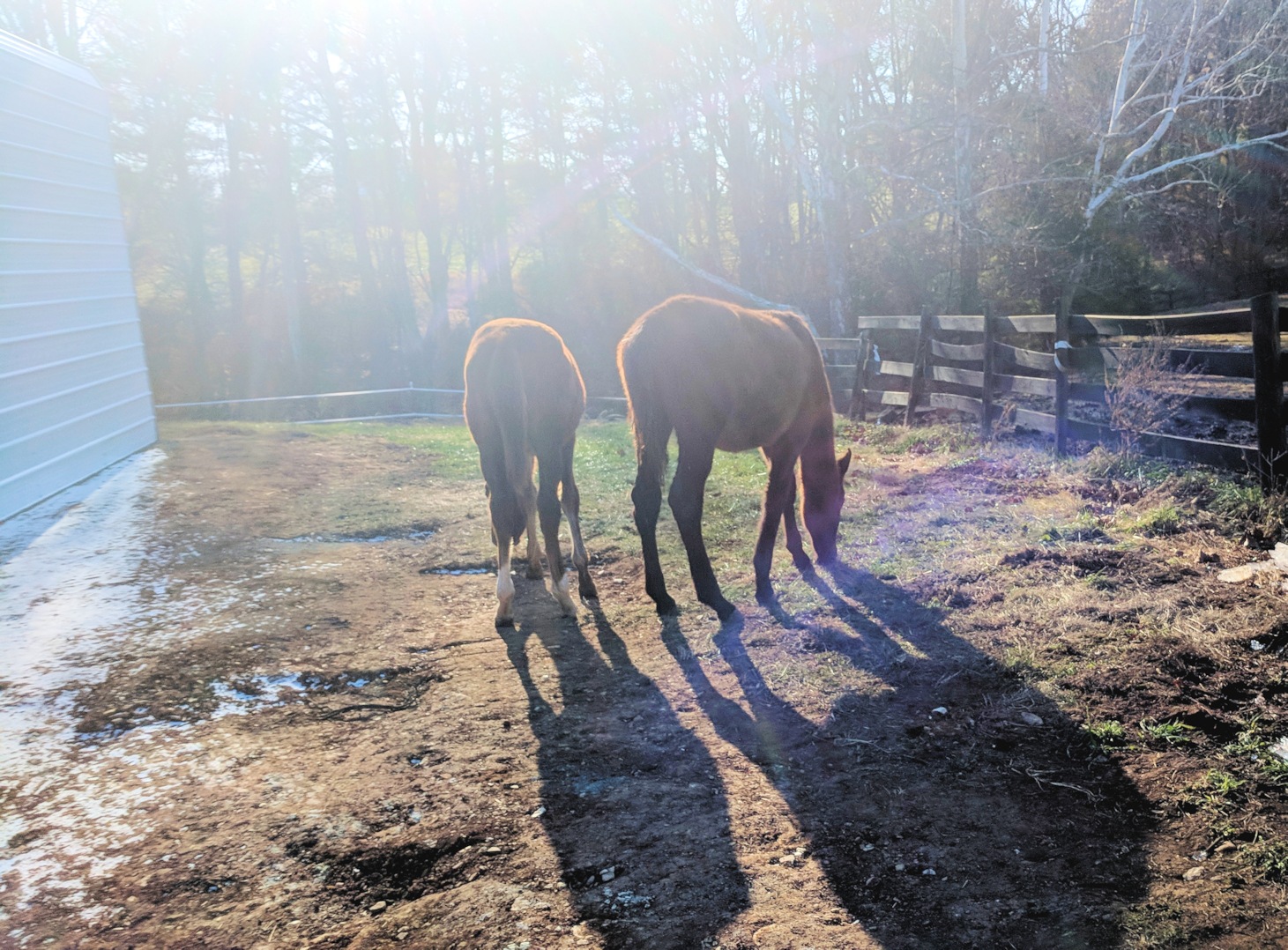 My horses were intensely interested in the newcomers but the babies were very chill. I think they have been more socialized than my own horses and are used to be moved to different fields and having new neighbors. I am very grateful they are worldly little babies. 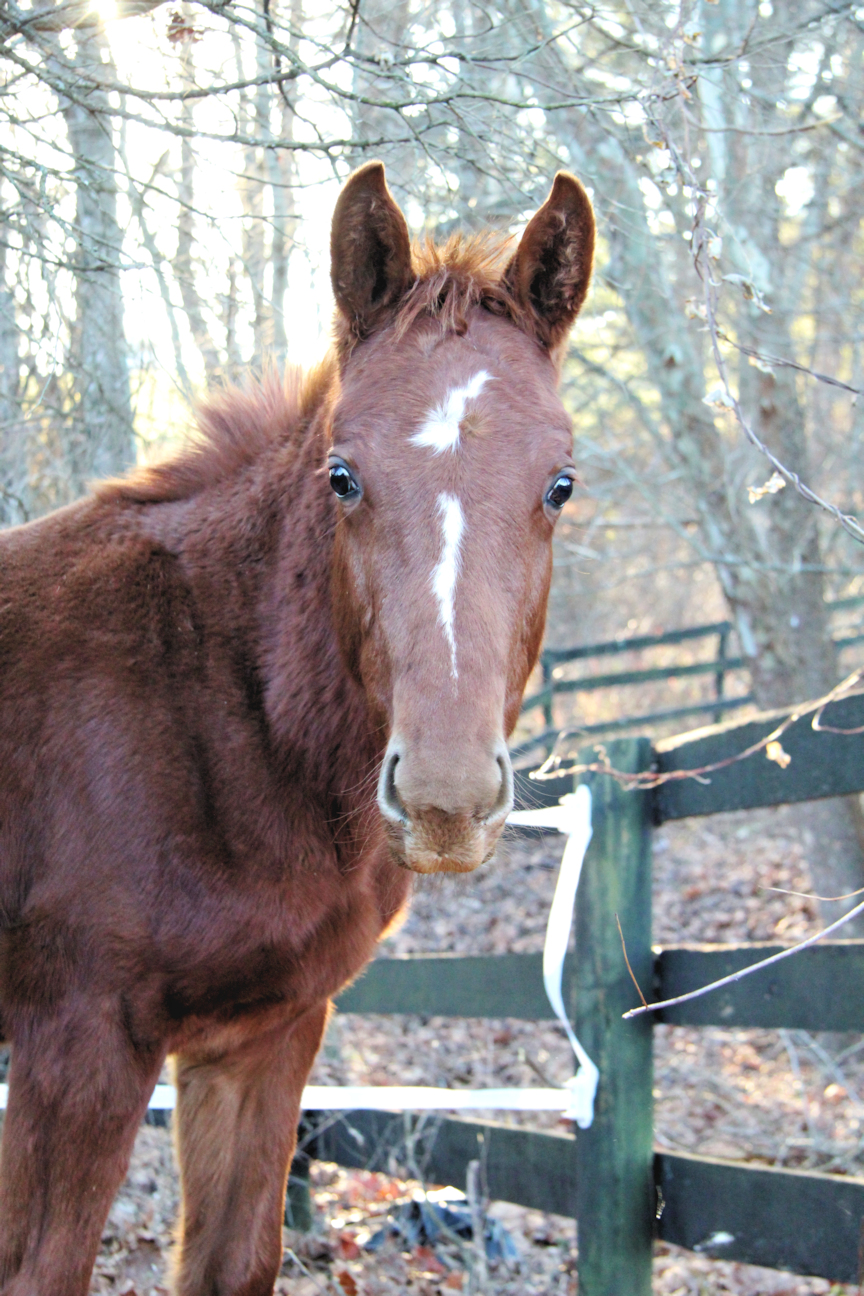 They did nothing but graze the remaining grass, and stand/walk around quietly. They are such good little babies! Vintage clearly wants to dominate them, Berry wants to be their friend, and Pony has a crush on one or both of them, and I think they will all get along great once they are turned out together. We are going to use Vintage as the strong dominating force in their world to teach them how to behave in a herd. She is firm, but fair.

I’m so excited to work with them over the winter!