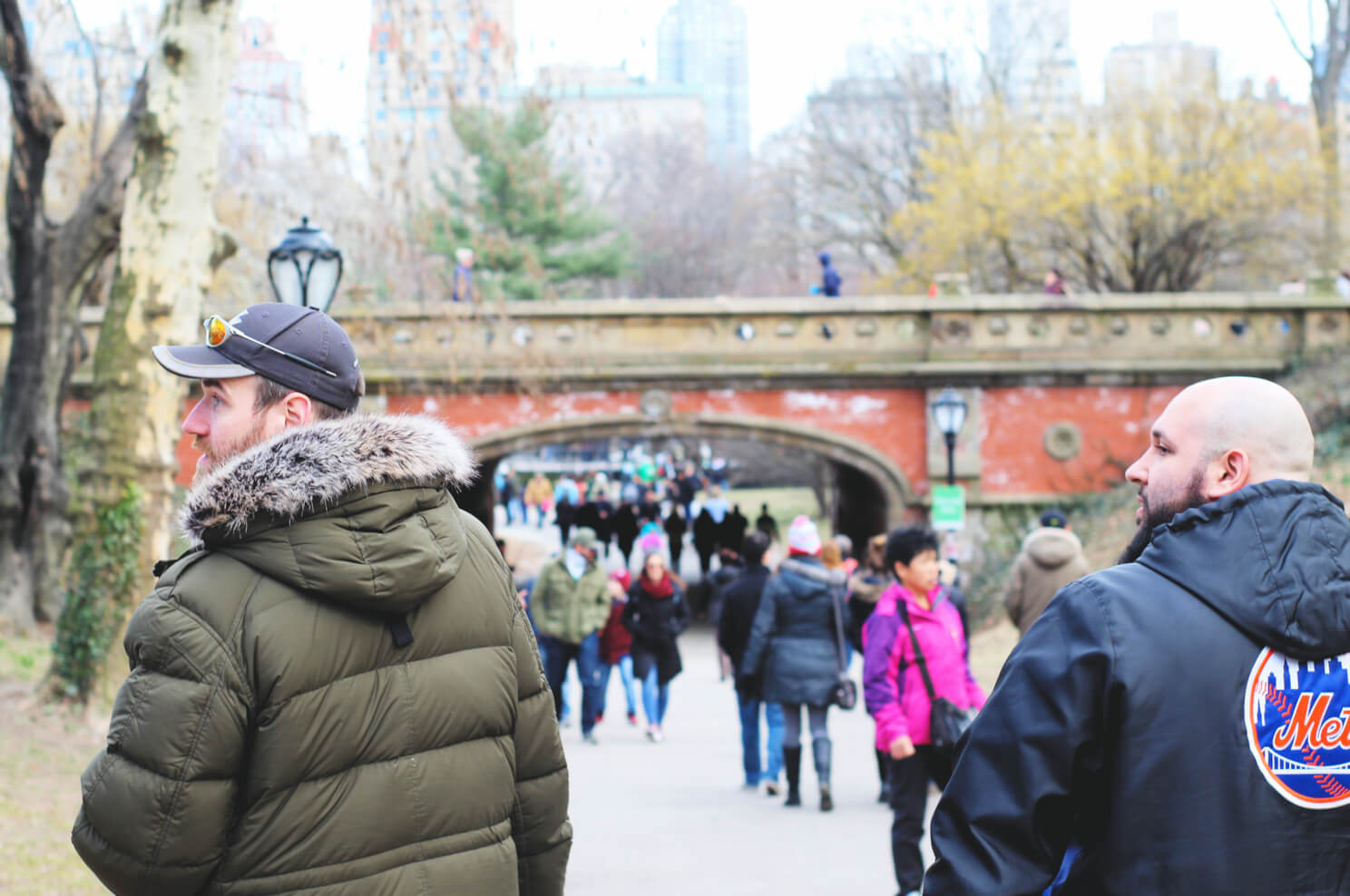 In the time of my recent silence, I took a trip to New York City! It’s so close to me, and yet I’ve never actually explored the city. I did pass through one time to get on a cruise ship, but I won’t count that. I didn’t have much of a desire to go before, but Dave said he wanted to go, so off we went.

We took the Amtrak up and I highly recommend it. It was so easy! If you fly in, you end up having to commute downtown which can take 45 minutes or more. Amtrak takes you right into downtown Penn Station. And it was an easy on/off, was on time, and the trip passed by quickly.

Okay, so plug for Amtrak over, let’s move on to what we actually did. We stayed uptown in a quiet hotel by the Natural History Museum called The Excelsior. Quiet is relative in NYC, but the block itself doesn’t have any noisy bars or throngs of tourists. And there’s a Starbucks a 2 minute walk away! Coming from living on a farm where I have to drive anytime I want something, it’s a huge novelty that things I want are less than a walk to my barn away. This theme was repeated the whole week, too. Dinner? There’s pizza right there! A bar!? We can walk to like 30 bars! Truly – mindblowing.

Ironically, my favorite part was central park because there is a SPACE. The rest of NYC is too crowded, TOO MUCH. But I like walking down lovely paths, seeing lovely sights, and also seeing street performers working the crowd. It was a cool experience. 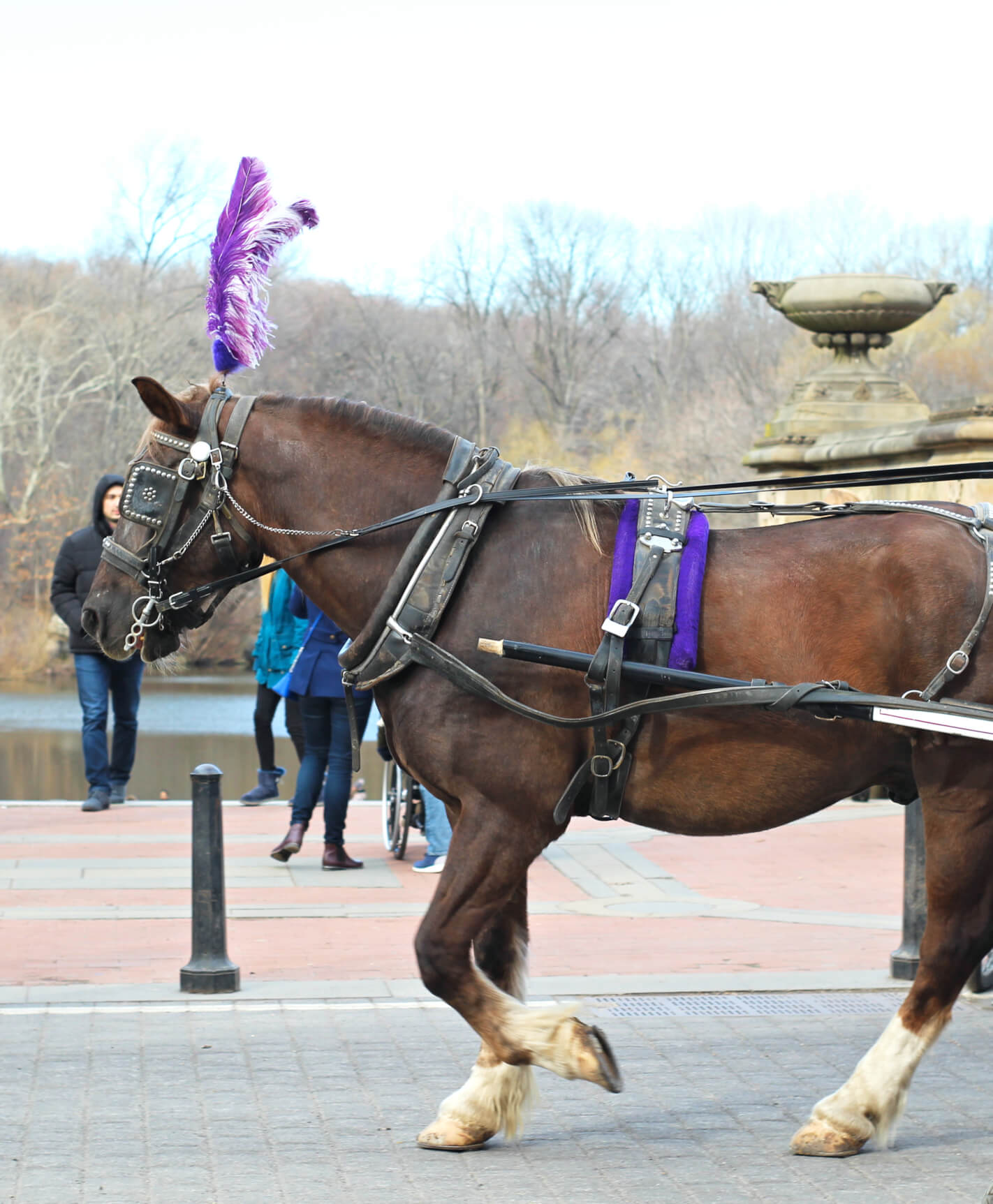 Naturally, here is a horse.

It was cold though. March is probably not ideal for visiting, although there were so many tourists/people everywhere, I can’t even imagine what it’s like in the warmer months. Even more horribly crowded I’m sure. 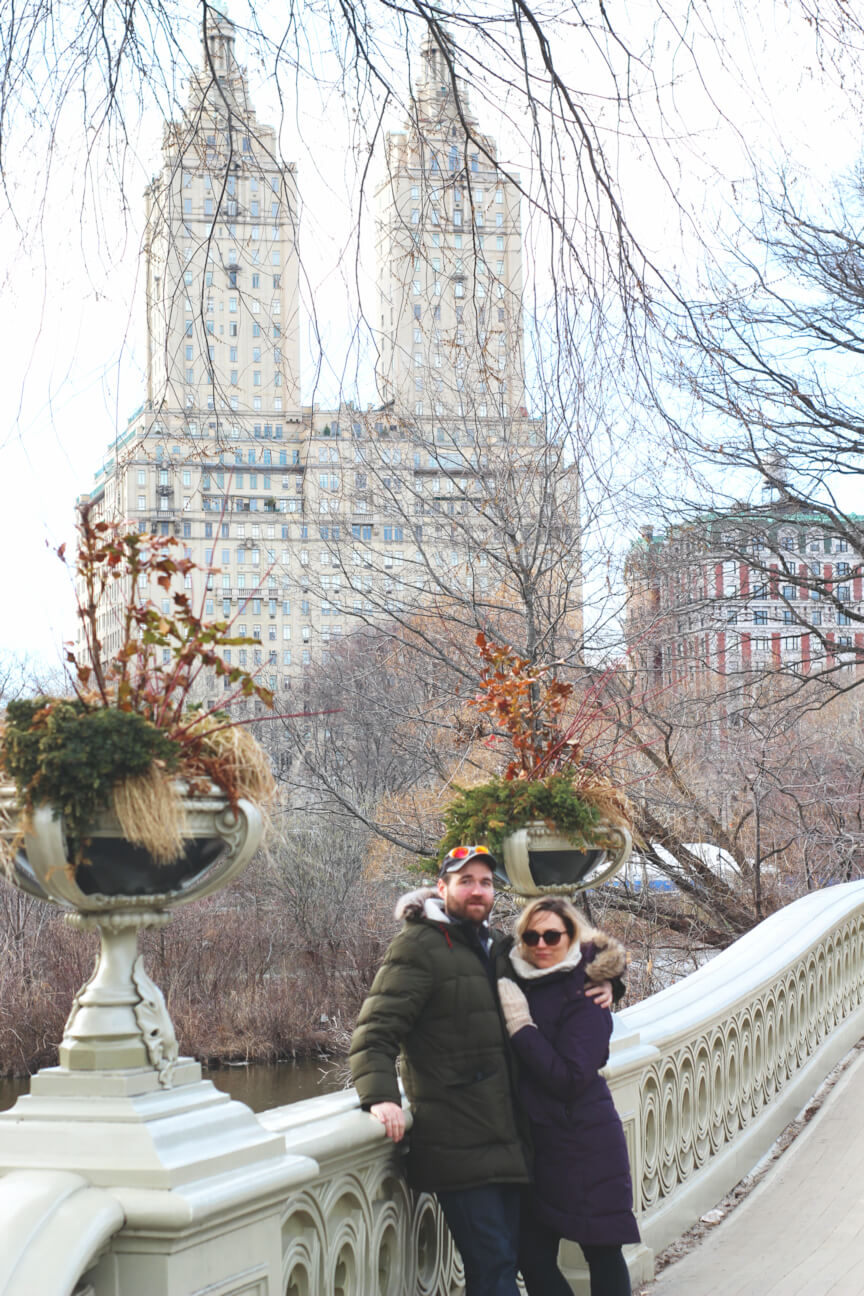 Another couple was taking up the other side of the bridge taking engagement photos… we were not invited to join them.

And because it was so cold, my carefully planned out outfits ended up being covered by my enormous coat. Even my super sweet new belt I’m loving. I’ll have to share it later I suppose. 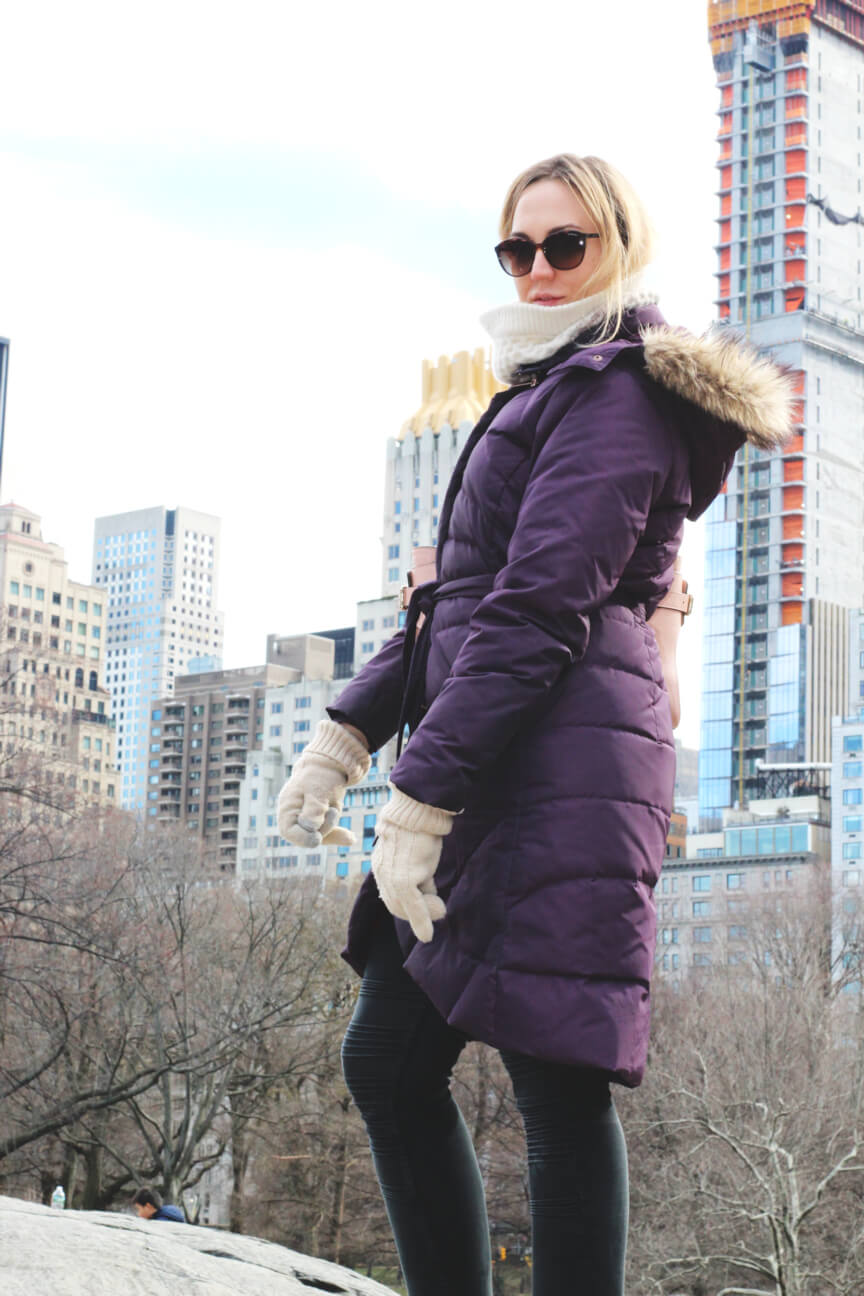 Everyone was standing on this rock, I just wanted to be popular.

We also went shopping. There are so many stores it’s impossible not to. We went along 5th avenue and down Madison, and did lots of window shopping. We went to Henri Bendel and Dave was tall enough to sign our names at the top of the wall of graffiti. I told him to put our names in a heart or write Courtney + Dave 4EVER, but he refused. If anyone else is in the area, please add it in for me, I would greatly appreciate it! 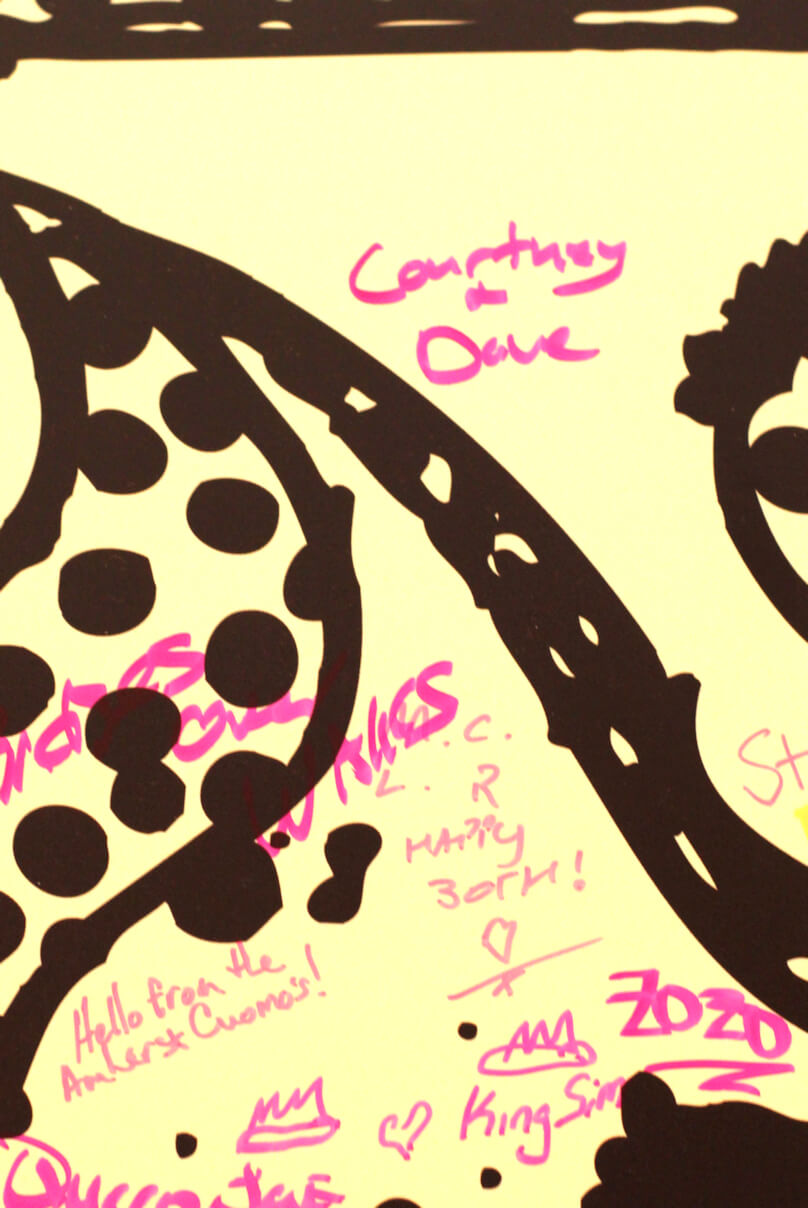 I did end up getting a hat and a scarf/neck wrap thing though. 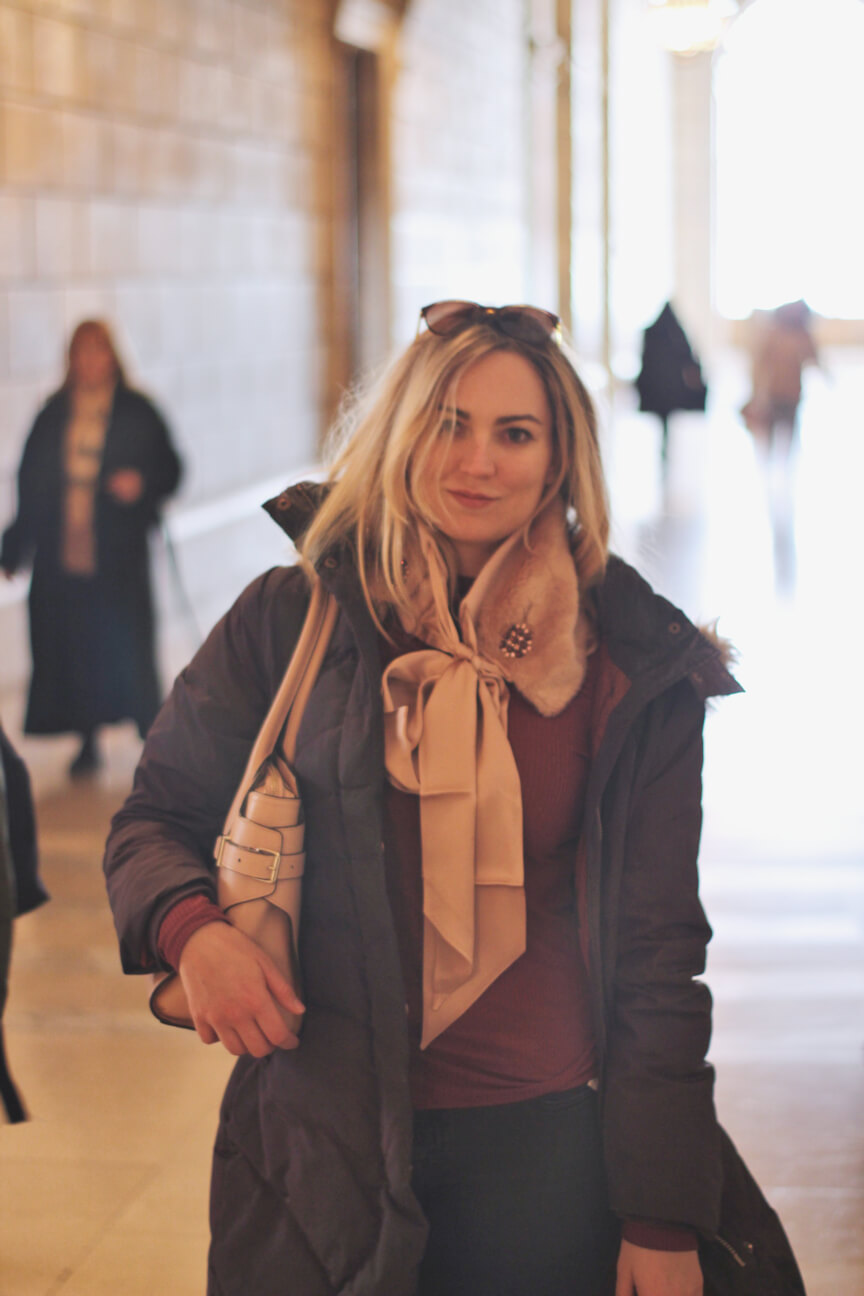 Naturally, I wore it almost immediately. I waited until we left the store so I didn’t look like a total weirdo.

As we walked down 5th, Dave was sure to point out some important landmarks. 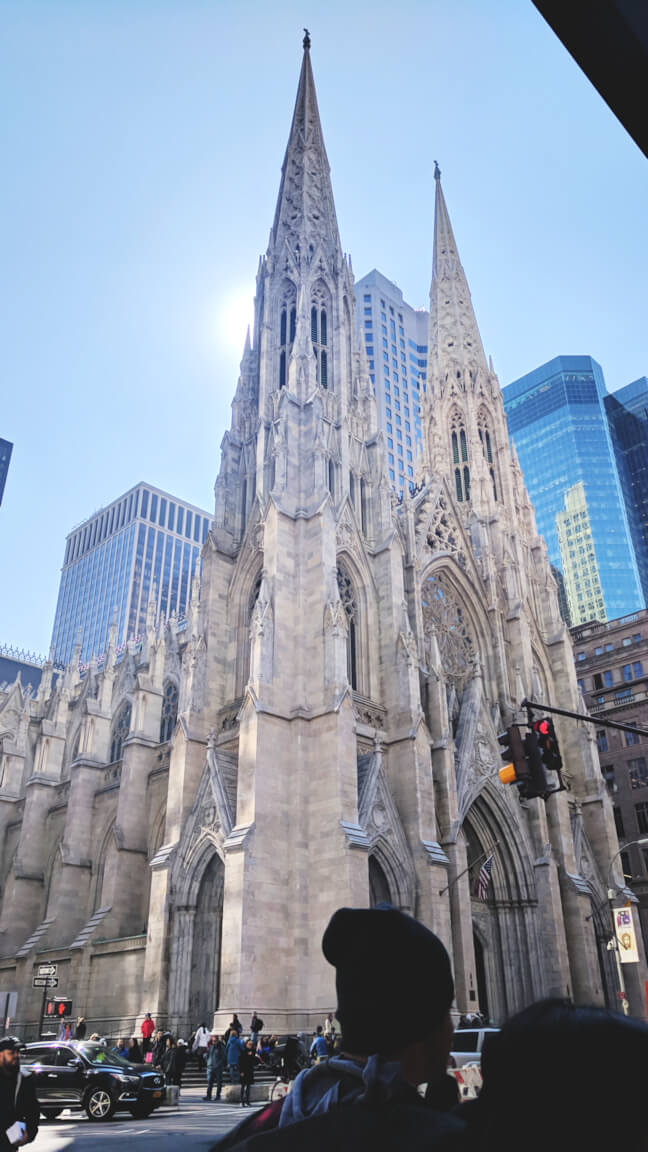 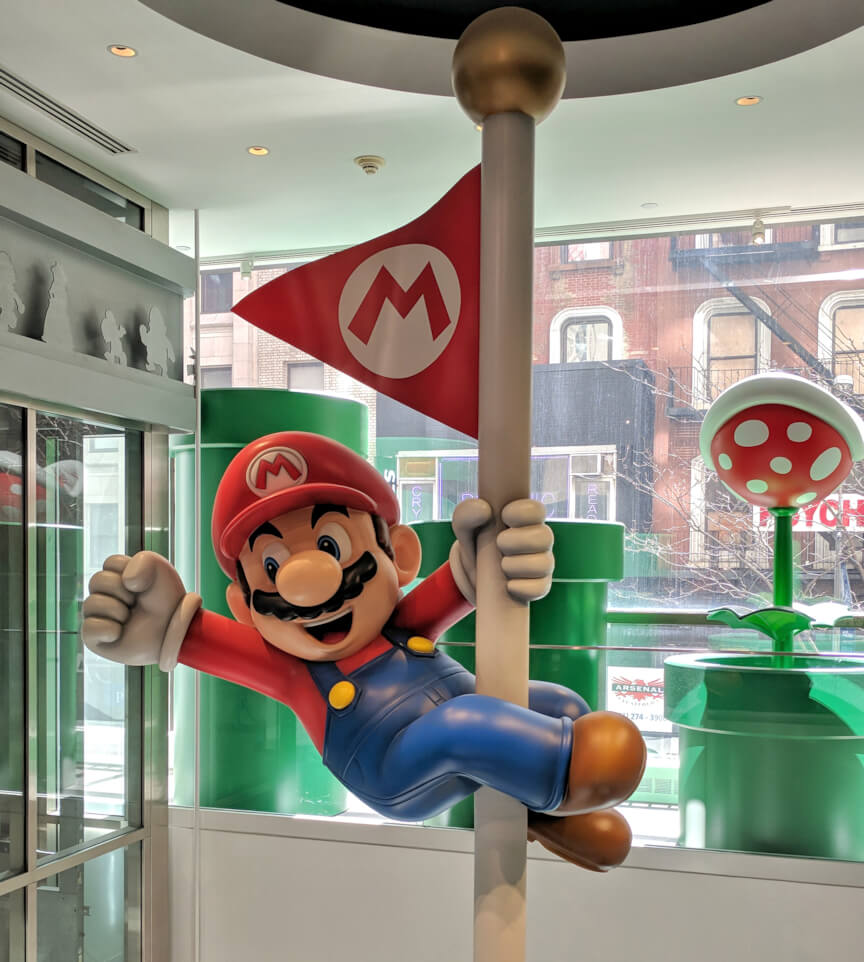 Other than being a store, they had lots of games available for playing, displays of old gaming systems (including a gameboy that survived a bombing and still worked!?), and the old popular video games. 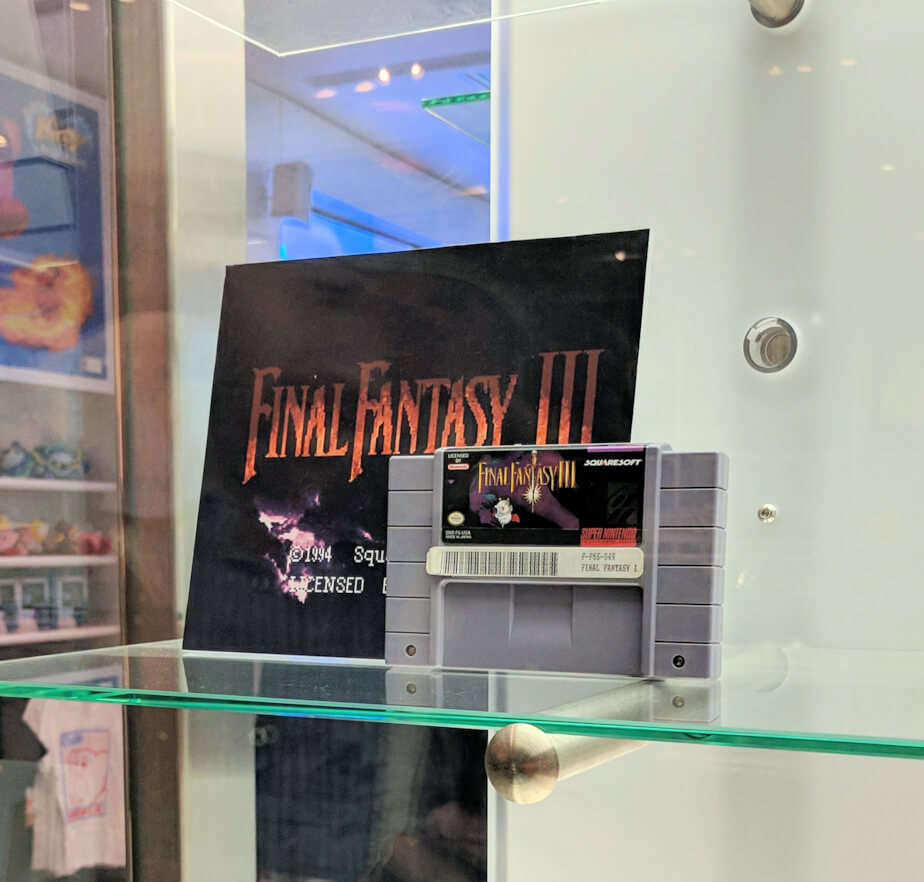 I have loved this game since I first placed it in 1994. I know I’m not the only one!

We spent time in Times Square, which is basically huge lit advertisements with too many people walking around them. I don’t know how we ended up there 4 times, but it kept happening. We went to the Wax Museum, which started out good but became dull, Hard Rock Cafe (overpriced), and different bars (very very overprice). We decided the best thing to do in NYC is eat, and we found our favorite restaurant fairly early on. 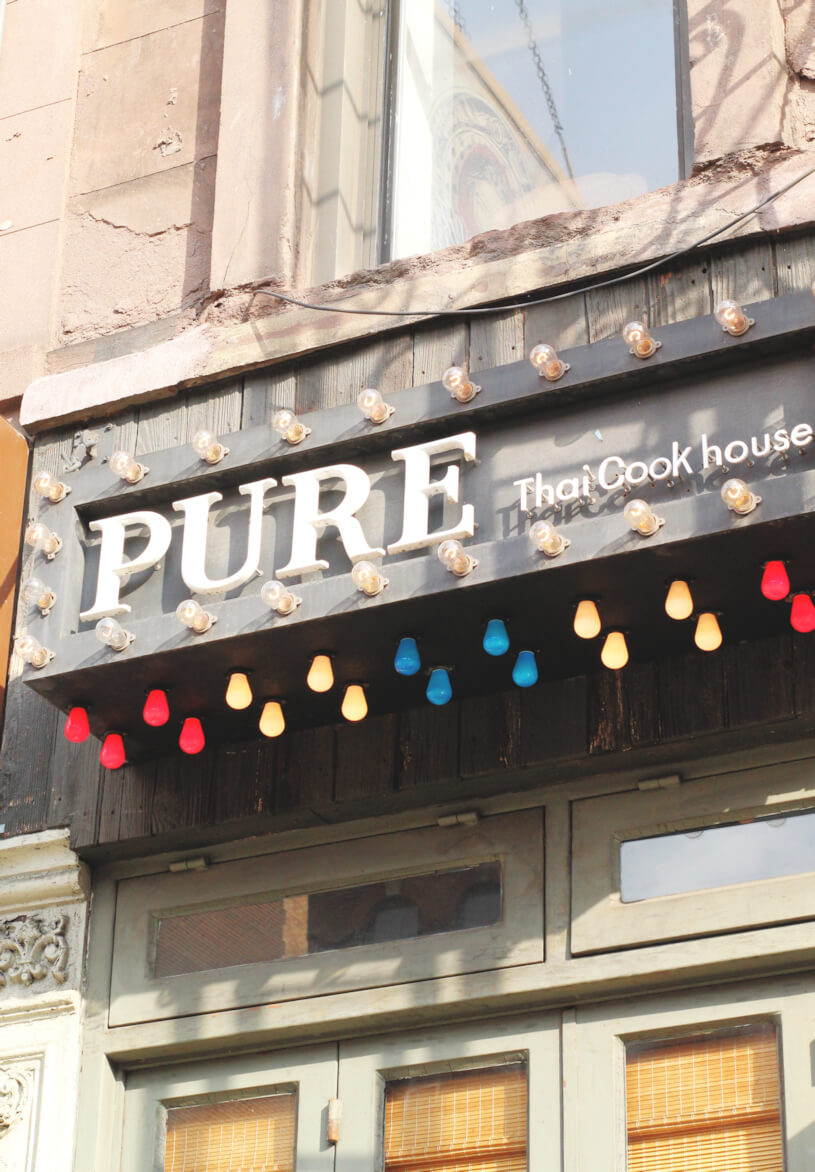 Pure Thai Cook House – This tiny little place is in Hell’s Kitchen and it is SO GOOD. I wish I could eat there every day for the rest of my life. We had to talk ourselves out of going there for every dinner afterward so we could experience other things. I think that I regret that now. Nothing was as good as this place. We were craving it so bad we had Thai again down in the financial district, and it wasn’t this good. Since eating here, I’ve decided I would come up for weekends just to get food in NYC. The pizza was also good (to be expected) but there are so many other places to try to. The sheer amount of options is incredible. Our friend also took us to a sushi restaurant in the lower east side (which is kind of slumy) and it was also delicious. I must try them all!

There’s also other sights I want to see, places we stopped by but couldn’t stay. The Met, which we arrived just as our friend was heading to us, so we didn’t have time to look around, and the Tenement Museum, which was sold out of tours for the day. Lesson learned, always book in advance. 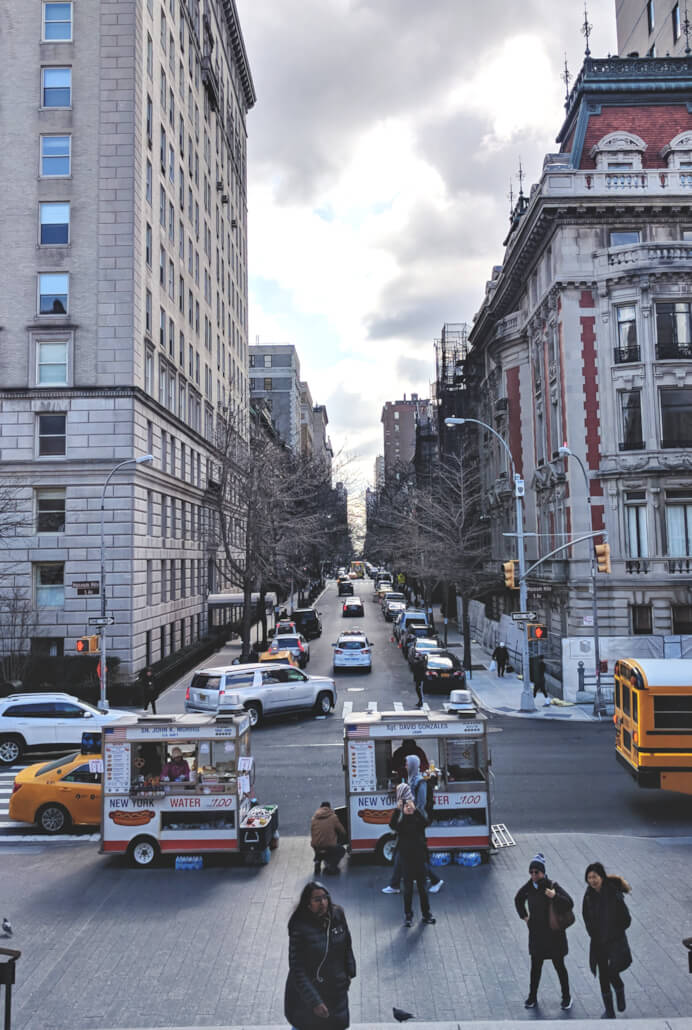 But here’s the view from the Met’s steps, so there’s that.

It was fun having a native show us around. He guided us on the subway, showed us where we can drink for cheap, and since he’s just a great guy in general, was so much fun to hang out with! Overall, it was a fun trip, and worth the experience. I wouldn’t say I LOVE NEW YORK, but it was fun, and I could see how living here would be a great experience. Except for the downsides, like everything costs way more than it should, and the obvious part that there’s no place to keep a horse here. But, I’ll be up for some weekends of eating and shopping! (and then returning to my sweet puppies I missed so much!)