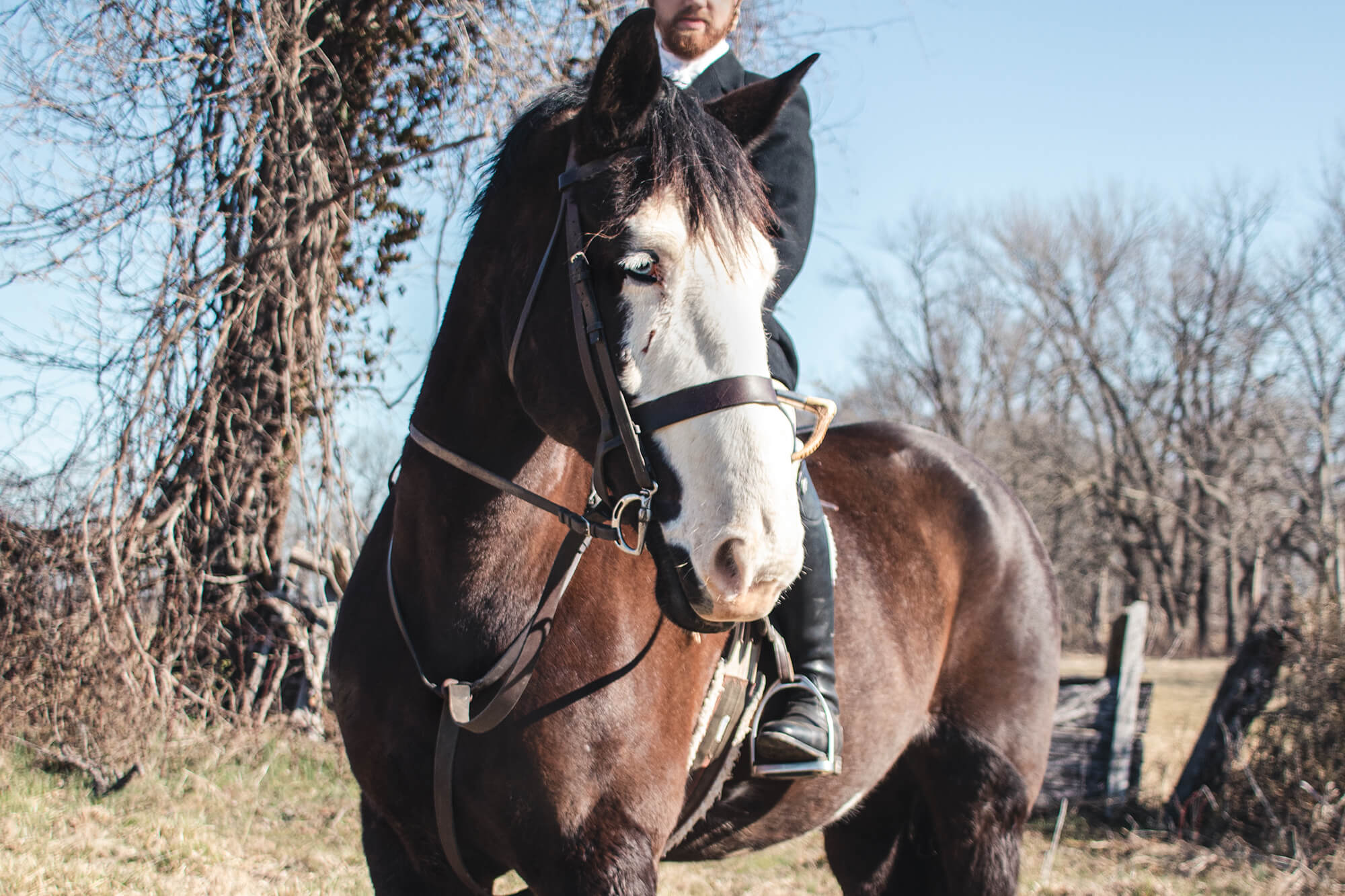 For someone who lives in Virginia hunt country, I haven’t been out much to experience the actual fox hunting part of it. Frankly, I’ve been missing out, and I should have gone foxhunting a long time ago. I was told by nearly every horse friend in the area how much they love foxhunting. But sadly, I did not, and I still haven’t, but I did follow my friends to a foxhunt and see them get ready to go! (baby steps, right?)

They went out with Snickersville Hounds, based in Middleburg, VA. Middleburg has a few hunts, which is not surprising. This is a horse heavy area, and there’s so much beautiful countryside! Hopefully it stays like that for a long time.

For those who want to foxhunt but lack a suitable mount, you can rent a foxhunter for a day, called a hireling. For a fee, someone will bring an  experienced foxhunter right to the hunt for you, all saddled up and ready to go. All you need to do is get on. Super simple, right? It’s not cheap though, starting at about $200. There’s several places in Middleburg that offer this, servicing the local hunts.

Unlike a horse show, there was no sitting around and waiting. They got on, and moments later, they went to join the hunt. Then nearly immediately, the hounds took off, and everyone went trailing out after them. Sitting around, waiting for my turn is the worst part of showing, so foxhunting gets major points for getting right on with it.

Speaking as a massive oversimplification – it’s a big, fast, trail ride with no waiting around to start. Sounds like my kind of event!

The season is almost over now, but I need to do this. I could see Berry having a lot of fun with this. She likes adventures! And loves group activities! I’ll have to investigate how I can get her the experience needed. Some of the hunts offer group trail rides during the off season, so that will be a good place to start.

I really enjoyed following along and getting these pictures. I’d love to get more in the future. Thanks to Snickersville for being so kind, even when I showed up super early and was literally the first person there. (I was really excited, okay?!) They really are a great bunch. I got the great suggestion of following along to get jump pictures, so I’ll have to see about contacting the right person for that. Hopefully I’ll be able to show some of those up here!