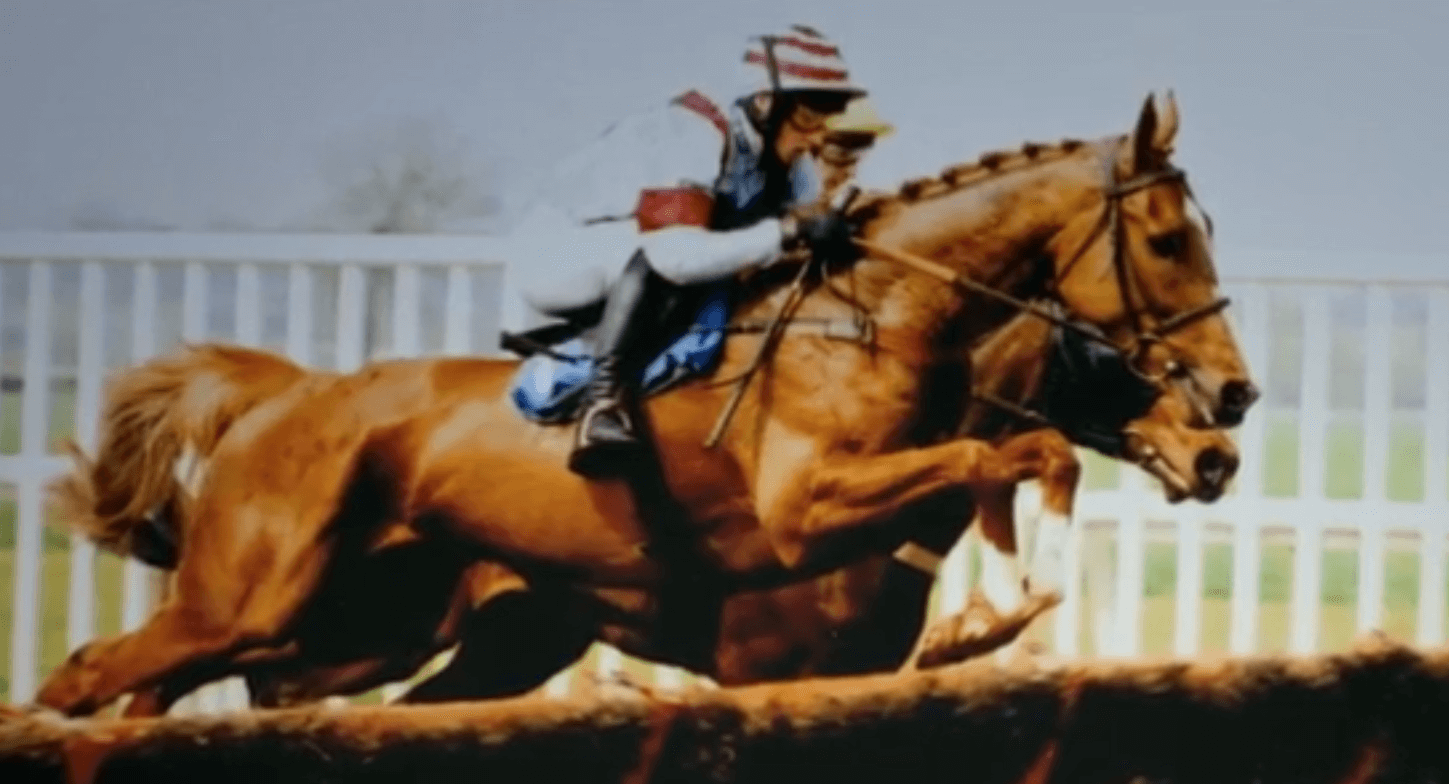 With a new movie coming, Dream Alliance is being thrust into the spotlight again. A horse, bred and raised in a former mining village in Wales, owned by working class owners, ended up winning the Welsh Grand National, and competing in some of the greatest steeplechases in the world. It was one of the most unlikely stories – How did it happen?

Dream Alliance’s story starts before he was born. In Cefn Fforest in Wales, Janet Vokes was looking for fulfillment in her life. Her children were grown, she worked two jobs, and she felt like something was lacking. She loved animals and had previously raised dogs and pigeons. She overheard a bar patron talking about a racing syndicate he had once run, and was inspired.

She asked him how to get started, and to his surprise, she followed all his advice, including finding a cheap mare to breed. He was convinced to help her with a new syndicate, and they formed a syndicate with the townspeople, ultimately growing to 23 people, each contributing £10 a week. Once they were formed, Janet found a stud in America with a $3,500 stud fee, and negotiated it down to $3,000, the highest syndicate could afford.

Horse racing has traditionally been dominated by rich owners. People spend thousands to millions on crafting the perfect racehorse, breeding the best to the best, and keeping them in perfect environments.

For a horse that was born on a slag heap, owned by perfectly ordinary people, to end up at the biggest races in the world, and winning, was unthinkable. When Dream first appeared on the scene, he was a nobody, owned by nobodies, and not a horse to be taken seriously.

Dream Alliance, born in 2001, spent his young life in Janet’s allotment (for us Americans, that’s part of a community garden), before being moved to a stable as a yearling.

At three, he went to trainer Phillip Hobbs, well known for being an excellent racehorse trainer. The syndicate had decided they needed the very best trainer to get the best out of Dream. Luckily Hobbs did see something in Dream, and agreed to take him on.

After a fourth, third, and second placing, he won his first race in January 2006 at Chepstow. After a slump, he began winning again at the Perth Gold Cup in April 2007.

In 2008, while racing in a preparatory race for the Grand National, he was injured so badly he was nearly put down. A horse in front of him knocked over a hurdle, and he scrambled, causing his rear hoof to slice through the front tendon.

Thanks to quick thinking on course, he was not put down, but instead transported to a vet hospital. The syndicate voted unanimously to spend $20,000 on a new stem cell treatment, although they were only promised he’d be able to have a comfortable retirement.

Instead, after 15 months of rehabilitation, he was able to race again. He won the 2009 Welsh National by three-quarters of a length.

Due to his humble background and miraculous recovery, Dream Alliance got a lot of media coverage going up to the 2010 Grand National. Unfortunately, he did not complete the race; his jockey pulled him up after the seventh fence. Afterward, he was found to have a lung condition that burst blood vessels and made him feel as though he was drowning.

He raced seven more times without placing. His syndicate decided it was time for retirement in 2012. Overall, he won £138,646.

To answer the question in the beginning – I have no idea how he did it. Certainly having an excellent trainer helped, but it seems like incredible luck that a ragtag group of people could raise a winning racehorse.

Dream’s documentary, Dark Horse, illustrates exactly how unlikely it is that this horse would be successful.  Seeing Alliance, standing in his tiny field behind houses, fenced in with chain link fence, puts it in perspective. This was not a horse that had any advantages. These were not owners accustomed to being on a racetrack.  There was nothing in his humble background that would suggest a winning horse.

The new movie is coming out in America on May 1, 2020, although the release date or method might end up being effected  by our current situation. Other movies have been released online, so I’m actually hoping this one is as well.

The reviews seem mostly positive, although it sounds like there’s some dramatization in the movie that I saw no evidence of in real life (naturally, from being a movie I suppose).

Dream Alliance’s retirement ended up being very similar to other racehorses – he is now someone’s fun horse! He has a facebook page that still updates with the latest on him, including photos and videos. He looks great, and his owners seem very happy with him. He goes on trail rides, to camps, and even schooled a little over fences. How incredible to have such an amazing racing career, and then continue on as someone’s recreation horse.

It looks like he did have some surgery recently, but hopefully he’ll feel better soon.

Janet Vokes formed a second syndicate and continued with a second racehorse. This time, members were being charged £15 a week. They purchased a new broodmare named Juwireya, who foaled on May 10, 2015. Sadly in 2017, a fire killed Impossible Dream, as well as seriously injuring his dam.