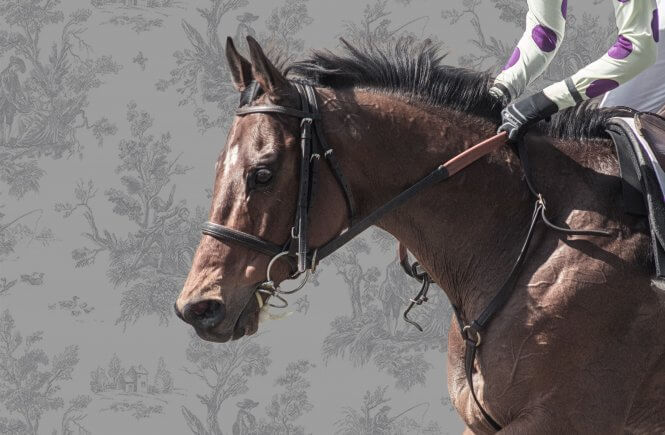 Would you like to own a racehorse? It may be more possible than you think. Do you own a thoroughbred? You’re halfway there!

The National Steeplechase Associate would actually like you to consider it. They have a campaign called Go Jump Racing with the aim to increase participation among horses and owners, and promote the sport to prospective owners and new fans.

So maybe just think about it?

Well, alright! You’ve decided you’re going to pick up a thoroughbred and race. Or maybe you’re just going to use the one you already have (very practical of you). Either way, what traits will determine if your (future) horse is a winner?

Most steeplechasers are older. They have already raced on the flat, and may or may not have been successful. If they were, that’s okay – they might still have potential to steeplechase! Plus there are some bonuses to the older racehorse. As they are more experienced, they are more settled than the typical racehorse. They don’t get as stressed by their surroundings, and are used to being in busy situations.

Is your horse is winded easily or can it keep going for a while? Stamina is the most important ability. The courses are long, and horses need to be able to pace themselves to complete it.

The horse has to be able to jump, enjoy jumping, and enjoy doing it at high speeds. Not little jumps either – 4 ft or so.

Your horse will need to be in a training program. (or you could just wing it if you’re an adorable child starring in a horse movie.) Different trainers are going to cost different amounts depending on if your trainer is a veteran, an up-and-coming, a big barn, or a small program.

Once you’ve found a suitable trainer, you might be wondering what they are going to do with your horse. Since steeplechase horses are slower than flat racers, the primary goal of training is fitness. There will be a lot of cross country rides to get your horse used to varied terrain and build up its fitness.

Then, of course, the jumping.

Novice – where your horse would start:

A horse that is in the early stages of its steeplechase career is called a novice. The novice division is restricted to horses that won their first races over fences after a specific date, in order to give these horses more experience before racing more experienced steeplechasers.

I’m sure there’s more than just that very basic explanation, but coming from someone who feels like jumping is made way more complicated than it actually is, I do like how matter of fact it is.

In addition to training for the normal steeplechases, your trainer might take your horse to some flat races. Sometimes there are breaks between steeplechases, so it’s important to get out there, and also to maintain their fitness.

Well, you don’t get into racehorses (or horses) to save money! In 2014, a detailed survey was taken of 270 U.S. racehorse owners to find out their costs. It varies region to region, but the average costs for one year are $40,428. If that’s a bit too pricey, try moving your horse to the relatively more affordable central mountain area, where the average is only $24,656.

These estimated costs include training fees, vet, stall, shipping, feed, race nominations, farrier, race day expenses, and licensing, and lay-ups. So really, if you look at all that’s included, you are getting a deal! (That’s the approach to take when you explain costs to your spouse.)

There’s a reoccurring theme of horses who did not do well in flat racing being turned into steeplechasing. While it may be expected that a horse should be a good flat racer before being a steeplechaser, that is not the case. Many times a horse does not like the environment of living at the racetrack, and once moved into a different environment, living with plenty of turnout, and being ridden through a varied terrain, they excel.

Senior Senator was an example of this. As a three year old flat racer, he was described as the most difficult horse his trainer, Flint Stites, had ever trained. He was acquired by his new owner in a maiden claiming race, who liked that he was a “big, robust” horse that he could turn into a jumper.

He gave his new owner and trainer difficulty too, until they figured out the key to working with him: unlimited turnout. Even at the races they received special permission to avoid using the stalls. His staff hand walk him constantly.

With the secret unlocked, he became an amazing timber steeplechaser, and with an amazing team behind him, he has won the Maryland Hunt Cup three times. He was going to go for it again this year with the hopes of 4 years in a row, but it’s not clear to me if it will be run this year.

Galloping long distances and jumping obstacles while carrying 140-160 lbs can really wear one down. Luckily steeplechasers have some things in their favor.

According to Dr. Reynolds Cowles Jr., chairman of the National Steeplechase Association’s Safety Committe, and the 2017 president of the American Association of Equine Practitioners, the horses have an advantage with their age.

Steeplechasers don’t start their careers until they mature, at four or five, and the average age is seven. The cut off age for steeplechasers is 12. The horses have had conditioning from their flat days resulting in good bone density and well-developed soft-tissue. The horses also have ample time off.

Moving over varied terrain helps them a lot, too. They train over fields, and race on courses that are only used once or twice a year. Unlike manicured turf, each footfall lands a little different, causing the horse’s biomechanics to engage different structures of the limb instead of taxing the same components every single stride, conditioning the body overall.

Unfortuantely, accidents do happen, and the most common injury is a soft tissue injury. Many steeplechasers recover and go back to steeplechase, but a large percentage have been tracked going on to other uses, such as field hunters, eventer, show horses and pleasure horses.

If you’re interested in getting a retired steeplechase horse for show or pleasure riding, you might be in for a hard search. Unlike flat racers, it’s not easy to find a retired steeplechase horse for purchase. There are fewer of them than flat racers, but additionally, the owners either hang on to the horse, they already have the connections to rehome the horse, or the horse is going to be very pricey.

A survey of 402 former racers found the majority of them, 165, now foxhunting. 42 became show horses, and 32 of them went on to eventing. 30 were described as being pleasure horses, and 94 of them were simply retired to pasture.

Personal story – as a teenager, I had a friend who did get a retired steeplechase horse. The horse was an amazing jumper, super calm, and just a great guy in general. But, she got him in unique circumstances. She did have connections already – she had a friend who was a trainer, and knew the owner of the horse.

The horse had actually already retired off the track and been placed with a new owner, and that owner wanted to train him for hunters. But, the horse was a roarer, and the surgery did not fix it. That’s when my friend was became involved.

I remember going with her to do her evaluation ride at a beautiful historic farm. My friend passed the test (it was really a test for her, not for the horse) and the horse was hers. With me on Vintage, and her on her new steeplechase horse, we did all sorts of fun teenager things like trail ride all over the county, race (I obviously lost), and go swimming in the river. He was a great horse.

Does Steeplechase seem exciting, but at the same time, way outside your comfort zone, resources, or even interest? Maybe you don’t feel like getting the required thoroughbred? Well, there’s still a competition for you!

Check out the USEA Classic Series, which has some steeplechase, plus a whole lot else tacked on! These long format events go from Beginner Novice to Preliminary levels, and include roads and tracks, steeplechase, and cross-country.

I am not an eventer, and I’m not going to pretend I know anything about this, but I am now mildly interested in eventing. It looks like great fun, for the brave and adventurous types! 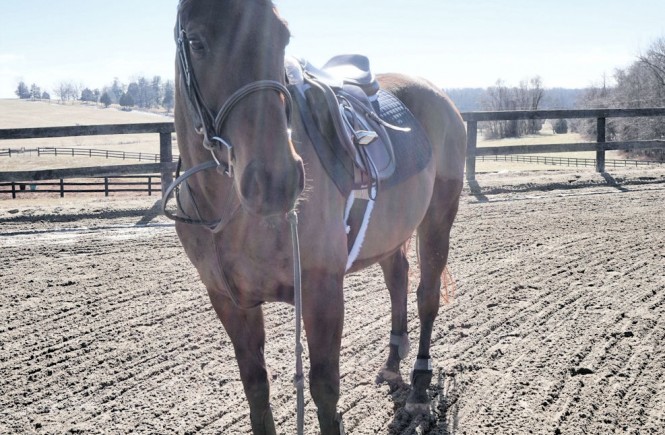 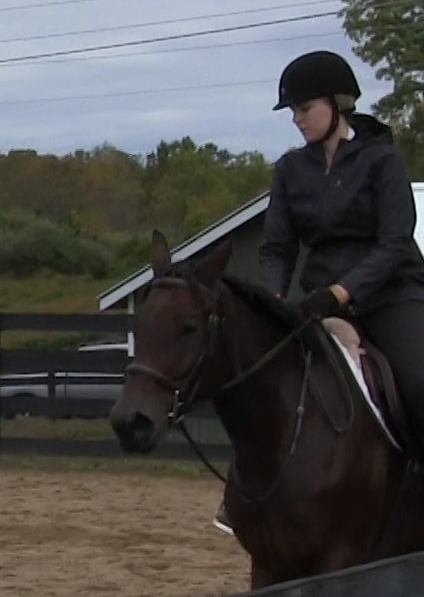 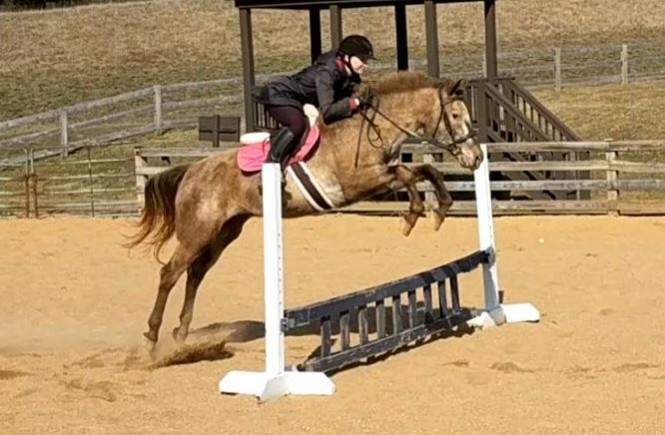