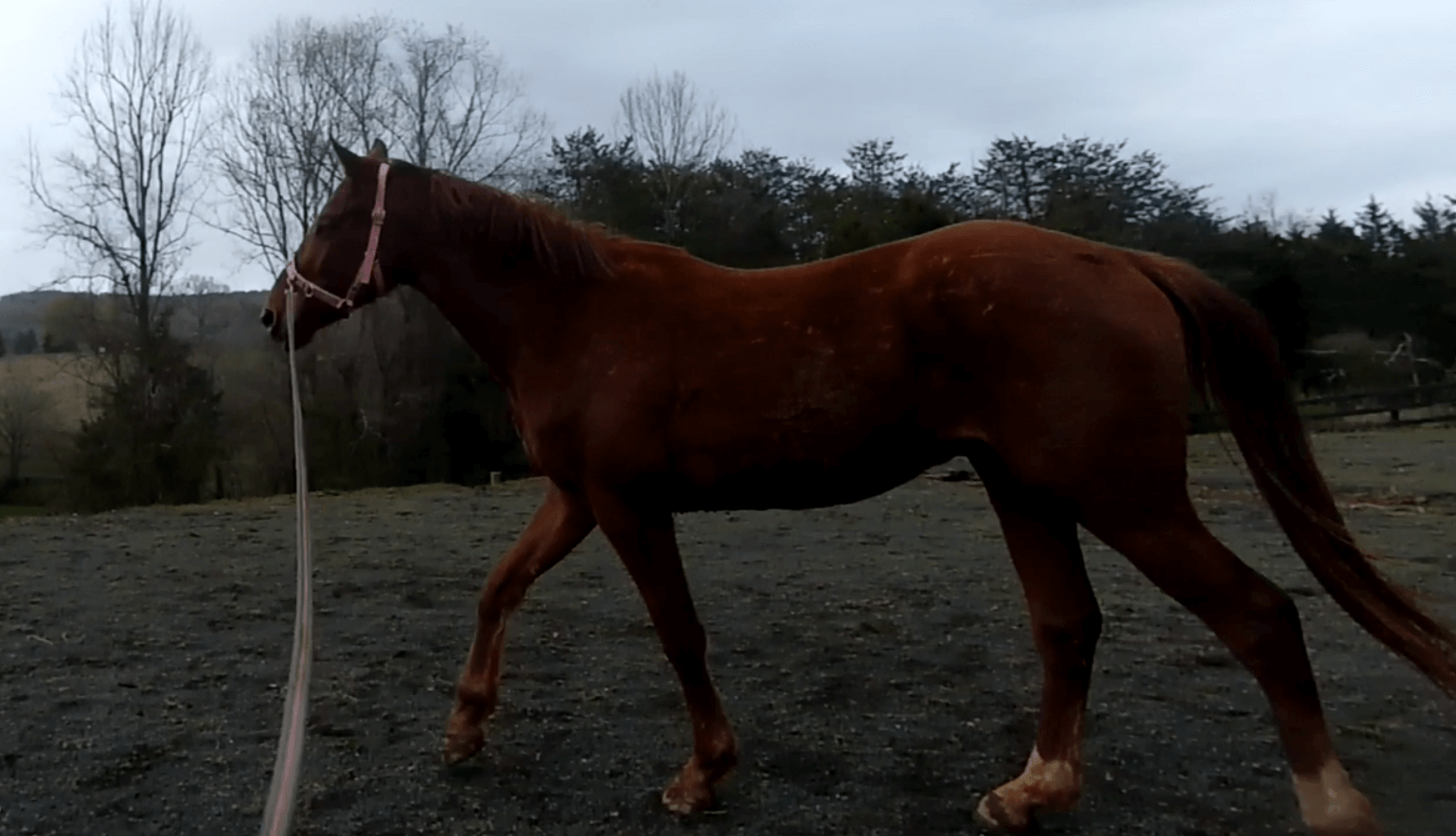 Stu is no longer mostly idle. Instead he gets worked every night, or every other night. (Basically, like 40% idle now, which is why it can be mostly not idle.)

We’ve been working on the lunge line at a walk still, which is a bit disappointing to me. I’d like to start trot work. But, in the walk, we can now walk fast or slow, go over poles, and stop. Stopping is by far his favorite, and I have to be carefully not to cue him to stop on accident with my body, because he’s quick to stop.

We also work on general ground manners. He’s pretty good at standing like a statue while I groom him, but he still nips. Although he hasn’t done it for a few days since I whacked him hard, but I’m waiting for it to come back.

He’s not the worst, but he’s also not the best. He fights learning new concepts, but once he’s learned it, he’ll behave beautifully. Except for going right – that’s still a major struggle for him. Sometimes he does it well, other times, there seems to be a mental block, and he can’t process why I’d work with him on his off side.

His fights are kind of weak. He’ll fling out his front legs in a prance. Sometimes he’ll get light in the front end, and he’s done a little rear. He’s trotted a few strides shaking his head. Regardless of what his protest, it doesn’t last very long. Deep down, he is one lazy horse, and protesting is just too much effort.

Sometimes I do wish he had a little bit more spunk in him – it would be easier to get him moving out. But, I try to appreciate the advantages his laziness gives me, and be glad he is mostly well behaved, simply because it’s less effort.

I wish I had a better cavesson. The one I have does work well to control him, but it slips on his nose no matter how I adjust it. Plus, while once I might have been a fan of pink nylon, I am no longer. Leather would be nice.

The pink lunge line is okay, though. That line and I have been through a lot together, and it’s earned it’s right to always be with me.

I’m still trying to figure out how to get quality video of his training. I have been using my Go-Pro alternative, but I haven’t gotten the angle right, and it mostly stares up at the sky. The video also comes out pretty dark, but that could be because of the time of day I work with him.

Now that I’m working with Stu regularly, I’m want to get the other ones back in work, too. Berry, so I can actually ride, and Pony, so that Bridgette will be able to ride when she’s bigger. It’s overwhelming to think of working three horses every night, so I’m going to start gradually. Stu is always going to be the first choice, as it doesn’t take that long to work with him, and I am concerned about him getting even bigger without getting trained. It feels like I’m racing the clock of him growing up now!