This was originally going to be a video, but I don’t feel like I’m talented enough on camera to inflict that on the world. Maybe as the pony’s training progresses, I will try again.

Since this was all from video, I have tons of screen captures! This will be exciting to share!

Before you even get started, you need to to know ponies are judgmental little creatures. They look at you with their beady little eyes, and you can feel the judgement oozing out. If you want to be taken seriously by your pony, you need to dress to impress. Put on some makeup. Wear the nicest riding clothes you own. The pony will know.

Also be sure to have a cell phone, because when you get kicked in the head, you’ll want that nearby.

Find a pony. I choose this pony, Pony Man, because I already own him. If you do not already own a pony, you must acquire one. They can be found in the wild, behind rocks, at farms, in the backseat of station wagons, and occasionally in city sewers. If you hear noises in your attic, check for ponies before calling the exterminator.

I found my pony in the wilds of Maryland, on someone else’s farm. I’ve had him for two years now.

Trap your pony in a barn or enclosed space. I used grain to lure my pony into the barn. Dump it in a bucket and shake it around. All ponies understand the sound of grain.

Once he’s in the barn, shut the door quickly behind him.

While he’s distracted by the food, sneak up with a saddle. Toss the saddle on him before he has time to react.

I like to make erratic movements while I saddle up my pony. After all, ponies are intended to be for children, and children frequently make unexpected movements. It’s better the pony get used to it now.

Once the saddle is on, I like to take a moment to mind meld with him. It’s important to have a bond with your pony.

Feel free to rub his face, stroke his neck, and whisper sweet nothings in his ear. Maybe blow in his nose. I saw someone do that once. Bring down some garlic before you start. It’s not actually for the mind meld, it’s for warding off evil spirits while you mind meld. Sometimes they try to get involved in things like that.

Once you’ve established that you have a magical bond with your pony, it’s time to put the bridle in. Have a treat in your hand, bring the bit up to his mouth, and he’ll open it for the treat. Then you can slip the bit in. I read about that in Black Beauty.

Now you get to wait while the pony gets used to it. I suggest standing there with him for a while to make sure he’s not going to do anything stupid like catching his face on the millions of hazards horses are able to find.

While you wait, do useful things like get him used to the feeling of tightening the girth and more erratic child movements. Since I do not have any children, I’m unfamiliar with the movements they make. I do know what I would/did do as a child though, so I did that.

This has the added bonus of entertaining the pony while he gets used to the bit.

I only left the bit in for a little while, approximately 10 minutes, mainly because I only have so long of an attention span. If you have a padded room to place your pony in, you could leave him in there for a longer period of time.

My pony already knows how to lounge, as we did it what feels like a million times this past spring. This is just a refresher, and to get used to the feeling of the saddle, as that’s new to him.

He was a good boy, of course. Mainly because he is immediately corrected if he wants to rear up or buck. It doesn’t accomplish much for him to do these things. If your pony bucks or rears on the lunge, strongly send him forward. Ponies are the perfect animal to learn to lunge on, since they are so small, it’s laughable when they acts up. No reason to be scared of him!

Keep your sense of perspective.

Stay tuned for the next part of Pony’s training! 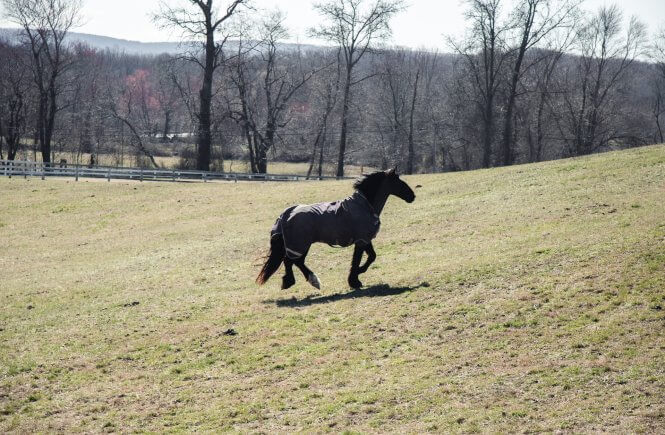 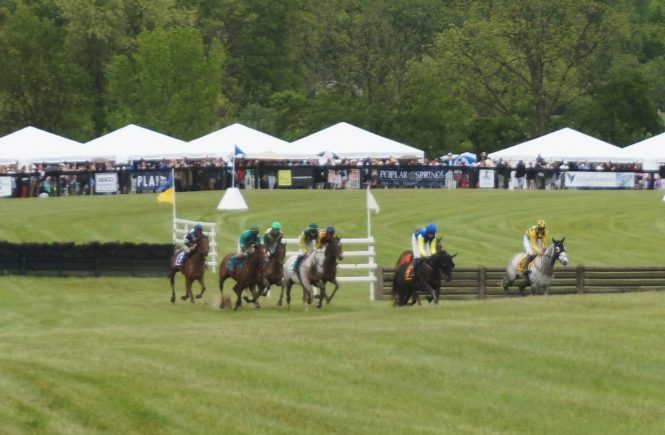 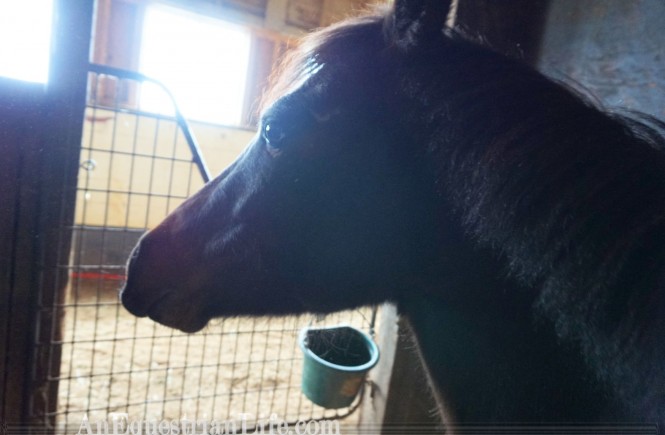