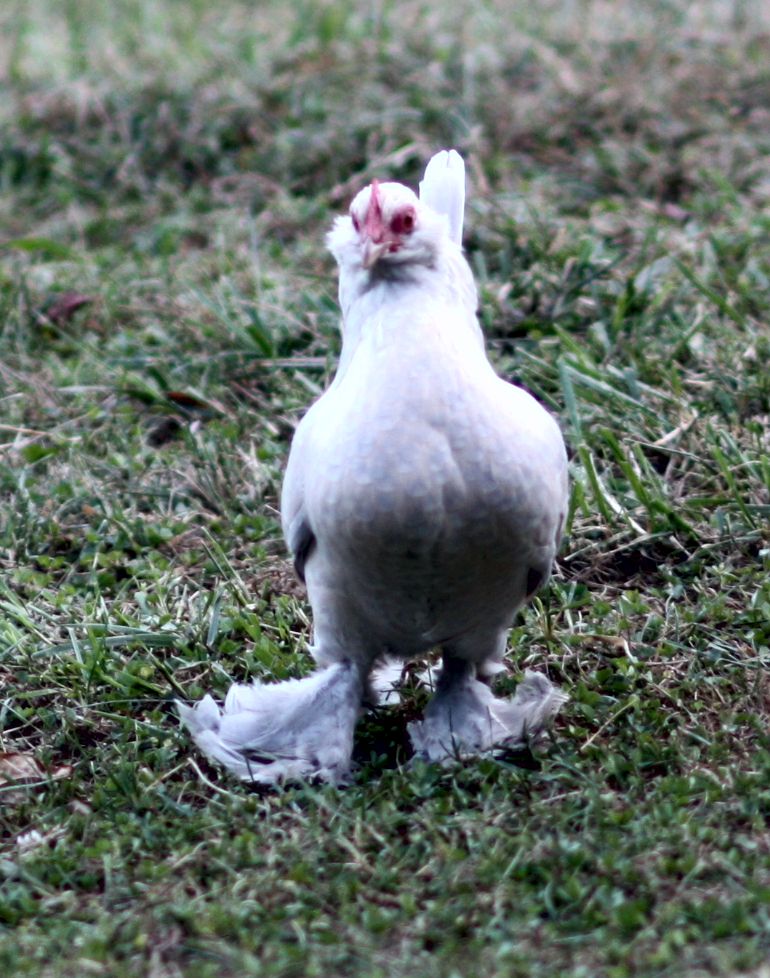 I don’t think I’ve talked about it very much, but I have a little flock of chickens. I love chickens. They are so adorable, and they have sweet little personalities, and they are just so darn funny to watch.

I still eat chicken though. They are delicious. Sadly though, the rest of the animal kingdom agrees, and nearly everything wants to eat my chickens. I’ve lost many chickens to predators, from hawks, to foxes, and one time to our greyhound. To be fair to the greyhound, she wasn’t trying to eat it, but thought she was some kind of toy. And after I screamed at her, she hasn’t done anything to them since, and will lay out in the sun with them pecking in the grass around her.

In an effort to protect my chickens, they’ve had a few upgrades. Their coop was upgraded from a simple A-frame to a mansion. Then, when I decided free ranging was too dangerous, I built them an enclosed run.

During the summer, I usually let them free range most of the day, but now there is no vegetation for them to hide under so they are locked up in the run nearly 24/7. I occasional let them out on nice days, and it just so happens that Dave let them out yesterday (Sunday) to enjoy the weather.

They were thrilled of course. They rushed out, flapping, and cooing, and hopping and doing all the funny things chickens do. We watched them for a few minutes while they hid in our boulder pile, and then we moved on to other things.

At dusk, I went outside to lock them up. Chickens come home at dusk to roost. I counted them, while swatting away the annoyingly aggressive bantam rooster. I have 13 chickens. There were only 12 in there.

I recounted several more times, while the rooster inched closer in closer to my eyes. (Who’s dumb idea was it to put a roost directly at eye level by the door? Oh, that would be me.) Still 12. I was wedged in there, counting, desperately hoping that I would somehow turn up the 13th chicken. But no, there was still 12.

When this happens, the next step is to figure out who is missing. When there’s 13 of them, it can take a few minutes to figure out who it is. I usually have to think about the chicken cliques that hang out together, and then see which group is missing a member. The original large breed flock was there, the silkies were sitting in the corner, the annoying aggressive tiny rooster and his tiny harem were there and the little cougar hen and her rooster were together, minus the younger girlfriend hen. The missing hen.

I was seeking this breed/color of bird for months when I stumbled across some chicks at the local tractor supply. I was anxious about possibly getting a rooster, but the fates aligned, and I got my little rare bird hen. And then the dang thing is missing. Argggg!!

I tell Dave she’s missing. He said they were hanging around the garage before he left the house. I go into the garage with a flashlight and poke around in every little crevice. No bird.

I go to the deck next, because one time I found a missing chicken under there that had wedged itself into some fencing. She stuck her head and wings through, but then couldn’t get her tiny little body through. But her wings prevented her from backing out. So she just sat there, halfway through the fencing. We had to cut her out.

I gave a courtesy glance in there, shining my flashlight and saw nothing. I opened the gate and went under there, preparing myself for crawling down in the dirt. But then I stopped, because she was standing right there, on a piece of drywall we had pulled out of the house.

I stared at her, and she just sat there. No reaction to the light. I wondered if she had somehow died while standing up. I turned off the light, basically blinding her, just in case she decided to try to get away. I fumbled forward in the dark and seized the tiny chicken.

She made a little cooing noise and then settled down in my arms. I brought her back to the coop and set her in.

While I am very very happy I found her, I’m scratching my head at this. The deck is about 50 feet from the coop. From her position, she could even see the coop.  She wasn’t injured, she was just sitting there. Why on earth did she not just go in the coop with the rest of the chickens?

It reminded me of another time when this happened. When I first got chickens, one of my easter egger hens didn’t show up for the night time lock up. I searched everywhere, but couldn’t find her. I was pretty sad, but I didn’t know what else to do.

The next morning I went out to open up the coop. and seemingly out of no where, she waltzed up to me.

I was shocked. Until that day, every other disappearance resulted in me never seeing the chicken again. For her to survive a night of owls, foxes, raccoons and possums is incredible.

A few days later, the same hen didn’t show up again. This time though, I decided I was going to find the creature. She had to be alive someplace.

I went back to the coop and stood there, hoping for a sudden burst of inspiration of where she could be. Then I looked up.

The hen was sitting on a tree branch about 8 feet above the coop. She was sitting in roost position, settled in and relaxing. She’d probably been watching me the whole time searching for her.

I wasn’t about to be shown up by a hen though, so I jumped up and grabbed the branch and started shaking it. The hen slowly slid down the branch, flapping and buwaking, until I could grab her. Then I stuffed her in the coop with the others, congratulating myself on outsmarting/outmaneuvering/being able to retrieve a chicken. Well done, Courtney. You are marginally smarter than a chicken.

I’ve now become an intermediate chicken finder. I find them about half the time. One notable time, a chicken found me. It was especially impressive because it was a very young hen, barely had her adult feathers. She’d gone missing and I’d searched for her with no luck. I was out with the horses, I think I was bathing one, and then suddenly she popped up next to their hooves.

We were about 300 yards from the coop and I am not sure what she had been doing out in the horse field. But somehow she recognized me as her caretaker. She was still to nervous to catch, so I had to trap her in the barn to catch her. She then earned the name of “Dora, the explorer”.

If you skipped ahead in this long post, just know, chickens are awesome and cute, and great little pets. And they wander everywhere and hide. 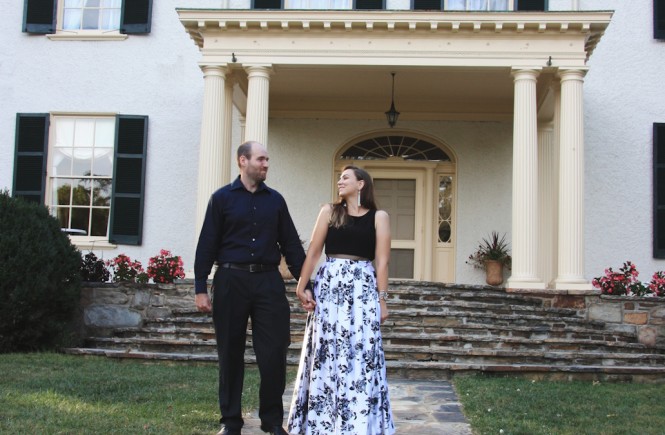 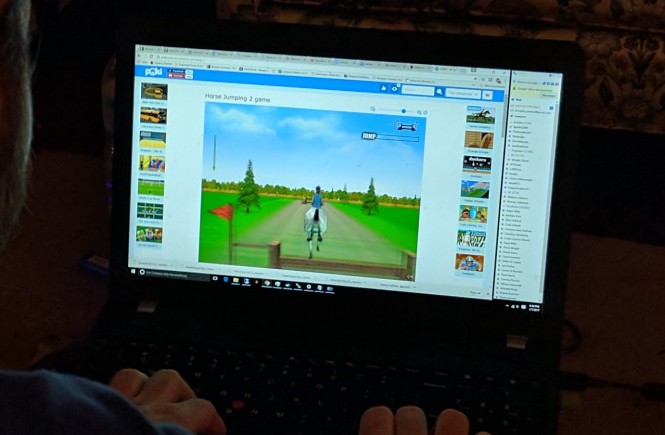 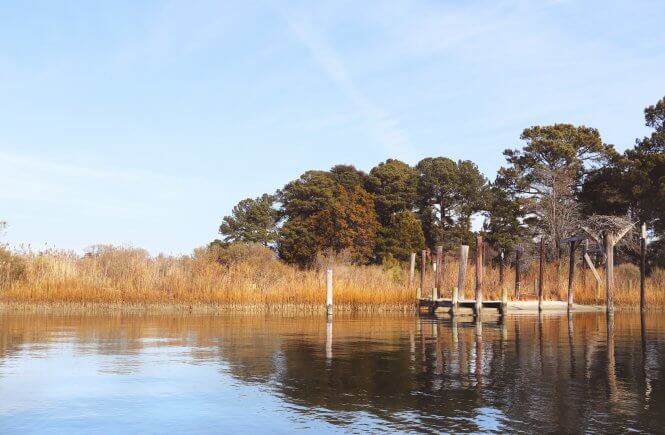