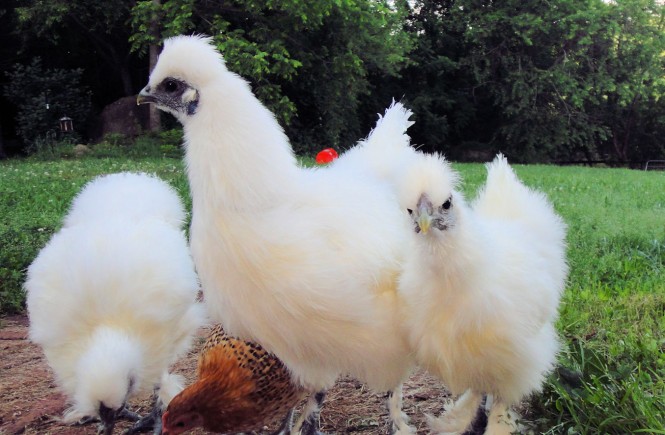 Sometimes I get sappy and emotional. This is one of those days. Prepare yourself for a long, sad chicken post.

Here’s some music to get you in the mood.

My beautiful Fluffers, my sweet little pet chicken, who I have had for three years, was killed by a fox. Belvedere, who was also a favorite was killed, too. I know many people wouldn’t understand why I would get sentimental about a chicken, but they were my pets, and had so much personality.

It’s especially heartbreaking because I know they can’t defend themselves. They are only chickens, with no defenses at all. And I left them defenseless out in the yard. Dave heard all the chickens making noise and went to investigate, and saw Fluffers being carried away. Belvedere was gone too, but he found her body later.

I wish I could bring them back. They both were friendly, although Fluffers way more so. They’d follow us around, chattering to us. They’d come up to the house to try to find us. Belvedere would walk around the house, tapping on all the doors to get our attention.

Fluffers was part of the first group of chickens we got. Naturally, we took tons of photos of our new pets, so we have way more photos of Fluffers and her flock growing up than any of the other chickens.

Fluffers had a sister named Puffers, who died in the first year. We don’t know what caused her death, we just found her dead in the coop one morning. Both Fluffers and Puffers were oversized silkies, so we feel like maybe she had something genetically wrong with her. But Fluffers survived, and flourished.

We had 5 little hens to begin with, and possibly because we spent so much time with them, they were the friendlest of all the chickens we have owned since. 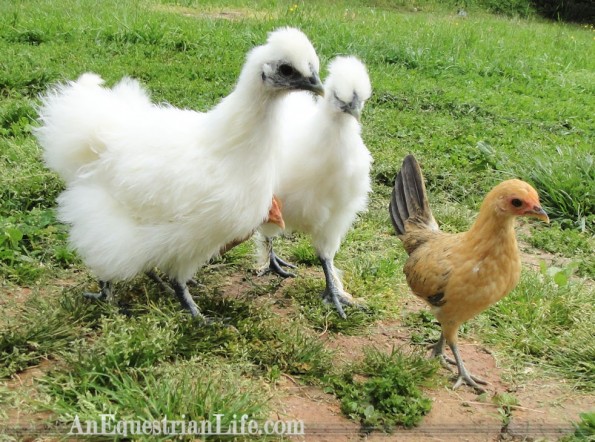 About two months after we got Fluffers, we got Belvedere. I don’t have any pictures of her as a chick, I guess the novelty wore off. Or she just didn’t seem photo worthy.

Fluffers and Belevdere ended up hanging out together a lot, especially when the majority of their original flocks were eaten or carried away. They were close in age, and were together so long, it made sense. Dave and I often debated who was the head hen, because sometimes it seemed like Fluffers was, other times Belvedere.

She wasn’t cuddly by nature, but she’d allow herself to be picked up and carried around. 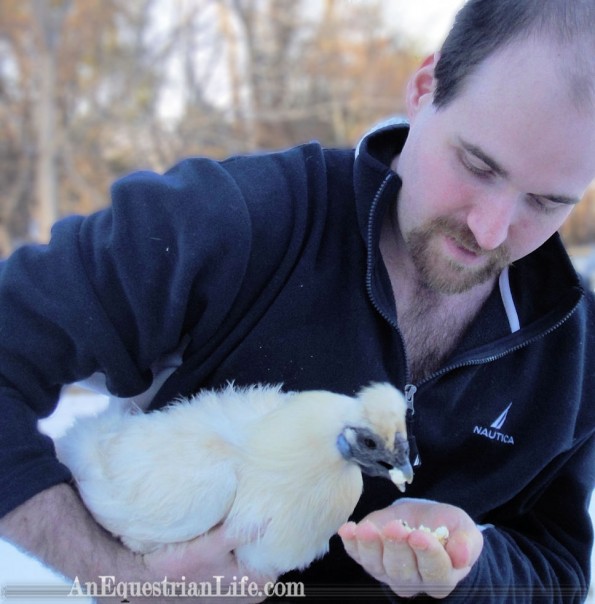 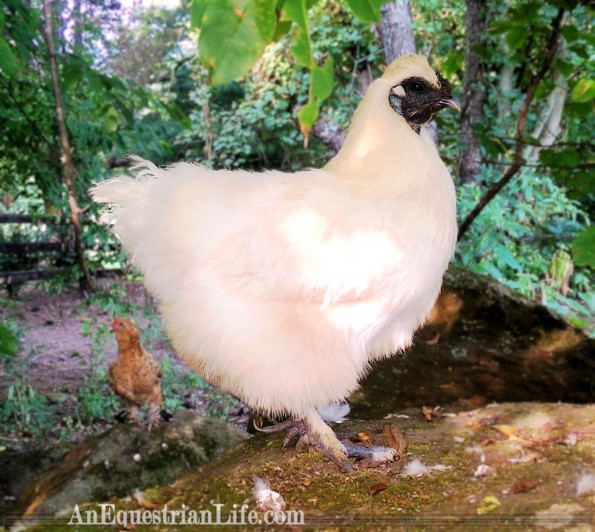 We accidentally left eggs in the coop, and for a brief time, she was a mommy. The cooing noises she made at her baby were the most adorable noises I’ve ever heard. 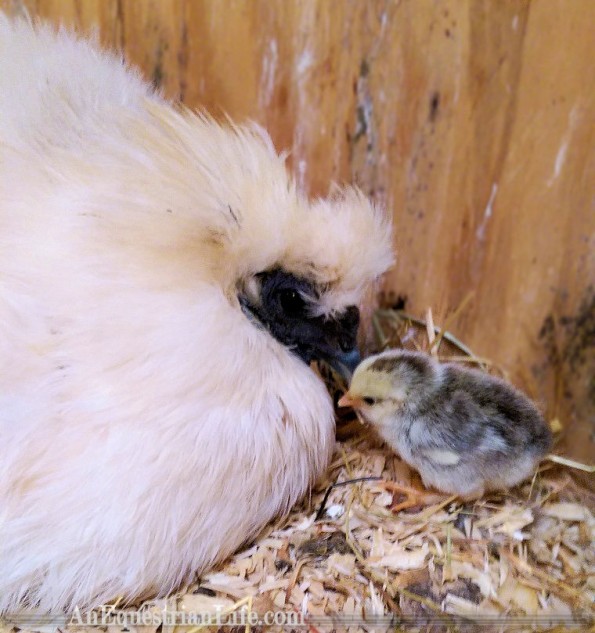 We didn’t know to separate the baby/mom from the flock so unfortunately the chick was killed when Fluffers abandoned it in the run. Fluffers seemed to move on quickly though.

Along with Lil’ Cochin, until her disappearance, Fluffers was my favorite chicken. She had so much personality, and truly loved to hang out with humans. Having her made me realize chickens aren’t pea brained idiots, but pea brained little creatures, who must have thoughts and memories. I really let her down when I should have been protecting her. The day she died, she was hanging out in the front yard, and I kept walking up to shoo her back to the back yard. She didn’t want to, despite the bread we were passing out. I don’t know why she didn’t want to, she might have just found the front yard more interesting. Eventually I got her back there though, and then I left her to go back in the house. And that was the last time I saw her. I don’t know what I would have done differently, except just not let the chickens out of the run. I just wish I could have had more time with her.

It’s just too hard to get attached to a pet that can die so easily. I’m seriously considering never getting anymore, and just giving up on them. I just can’t stand their untimely deaths. 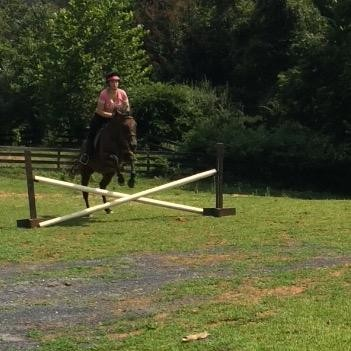