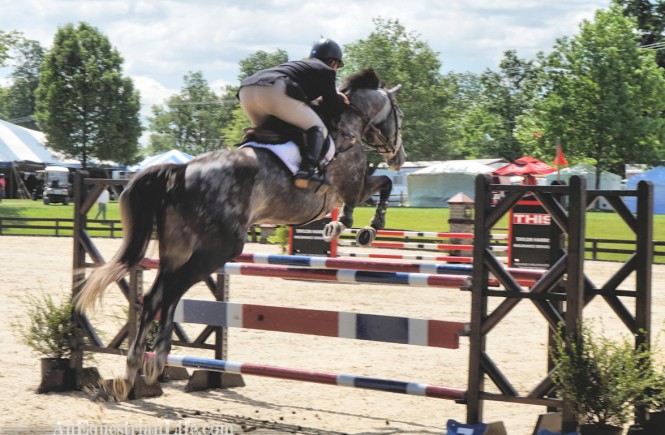 Every year I go to Upperville, because it is always wonderful. I think this year was the best yet, with everything extremely organized, lots of vendors, and lots going on.

For those who don’t know what Upperville is, here’s the briefest history:

The oldest horse show in the nation

The Upperville Colt and Horse Show dates back to 1853. Heretofore, horses – particularly stallions – had been exhibited for prizes at country and state fairs, but it is believed and accepted that the horse show, as a separate entity, was introduced on the American sporting scene at Upperville, Virginia in that year.

There is no available documentary record of the 1853 show. However, Colonel Dulany, of Welbourne, its organizer and head until his death in 1906, apparently spoke of its origin a number of times. According to the family historian, one of his granddaughters, Richard Henry Dulany was riding cross-country one bitterly cold day in the winter of 1853 when he spied an animal struggling under a snake-rail fence. Reining in his saddle horse, he stopped to determine the trouble and found a colt had gotten cast, having been in this unfortunate position long enough for his feet to become frozen. Rescuing the ill-fated colt, the horse lover made up his mind then and there that something must be done to encourage better care of young horse stock. After a discussion with neighboring planters, a summer show – and premiums – was decided upon. The exhibition was scheduled for June in the oak grove at Number Six (Grafton), a centrally located Dulany property on the Turnpike about two miles east of Upperville. The program of the 1853 show listed two classes – one for colts, the other for fillies.

One of the most unique things about Upperville is that a country highway runs right through the middle of it. On one side, “Under the Oaks”, is where all the hunter classes are.

On the other side of the road, is jumper land, much more open and lined with stone walls. 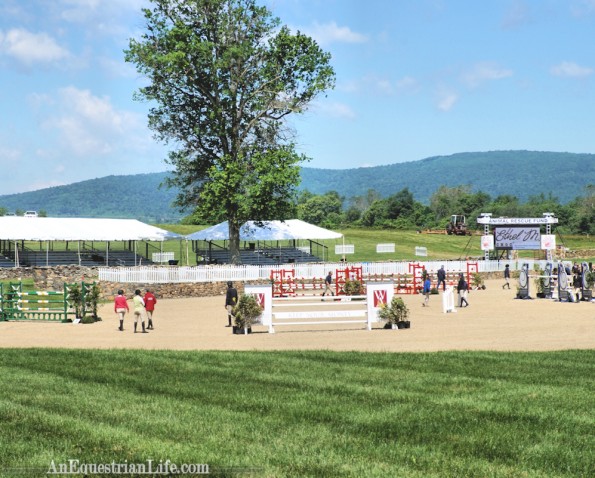 While there are a couple of parking areas for exhibitors and sponsors, the general admission parking field is on the jumper side.

They had one of the high jumper classes going when I approached, but I both cannot tell sizes, nor do I know what kind of jumper class it was. 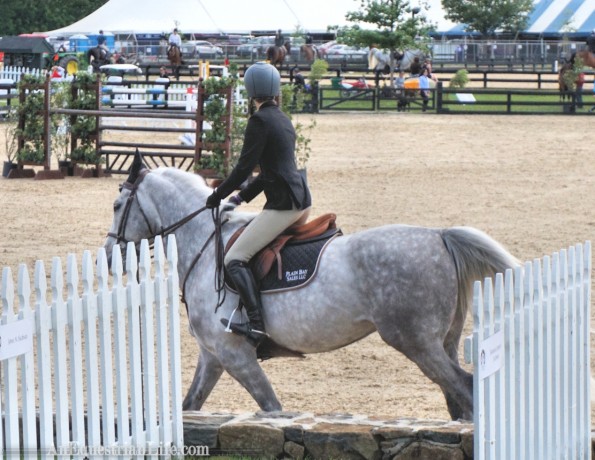 In the above picture, you can see the sponsor reserved spots that are right up against the ring. At the hunter derby, one of the sponsors let her child play in the ring before the handy round.

Apparently it was not, and the announcement came over the loudspeaker for the child to vacate the ring.

Next to the big ring was a big field where many exhibitors were choosing to either hack around, or warm up. I found it delightful that despite the abundance of rings, they still wanted to go ride out in the field.

Looking back over at the jumpers though, I discovered the jump of my life. It gazed at me across the ring, and I gazed at it, and I really think there was something there.

It was pink, and flowery, and even though it had to have sacks of sand on it to keep it up, I really think we are perfect for each other. But alas, I think we will never be together, as I’m pretty sure someone would know if I came by and took the jump. Later, on my way to a porta-potty off the beaten track, I found the jump again, except this time it was dismantled, it’s standards shoved together along with a mismatch of many other standards, it’s poles laying discarded on the ground. Oh my poor jump, if I only I could protect you.

There was a second jumping ring going, and this one featured some big names such as Joe Fargis.

Walking between these two rings may be the safest place, thanks to this sign. 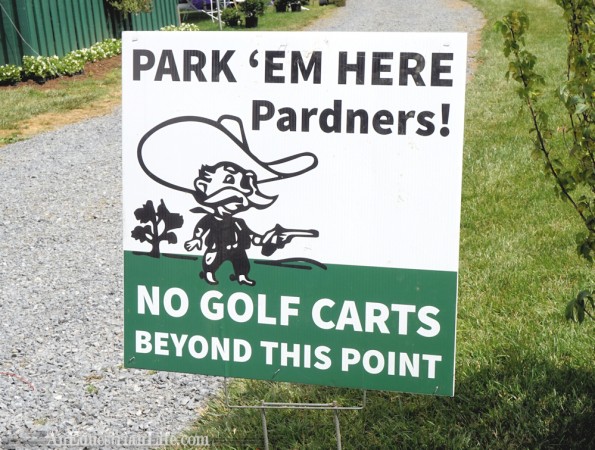 But only for about a 100 feet length of path, then they were allowed again. I’m guessing because the path was narrow, so pedestrian injury rate could be high with those carts speeding everywhere.

Just to the south of the rings and the golf cart sign, there are vendors. There’s a line of vendors on both the jumper and hunter sides, sometimes the same vendor, that way you can shop without risking being hit by a car. (Just kidding, the police were stopping traffic).

After walking down the vendor row, it was time for the hunter side. At the point I crossed, I walked by some of the stabling before getting to the rings, and I saw some of the impressive stall fronts.

I’m very disappointed I didn’t get more pictures of the stall front, but I felt like a huge peeping tom as it was, going up to these barns I didn’t know and taking pictures. The effort they put into making these areas beautiful really does deserve attention though!

Onward to the main ring! 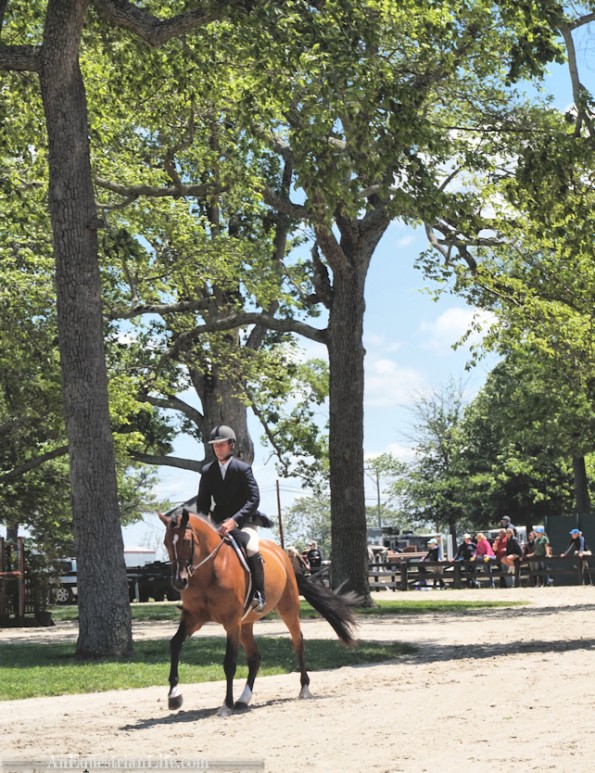 The first day I was here, they had a handy hunter division going. That was really fun to watch, and I would like to do classes like it, although obviously much, much lower. I’m planning a whole other post about this class, so check back for that.

On Saturday in this same ring, they hold the enormous lead line class, which unfortunately I did not see but the pictures are adorable, and another favorite, the sidesaddle class, which I did see. 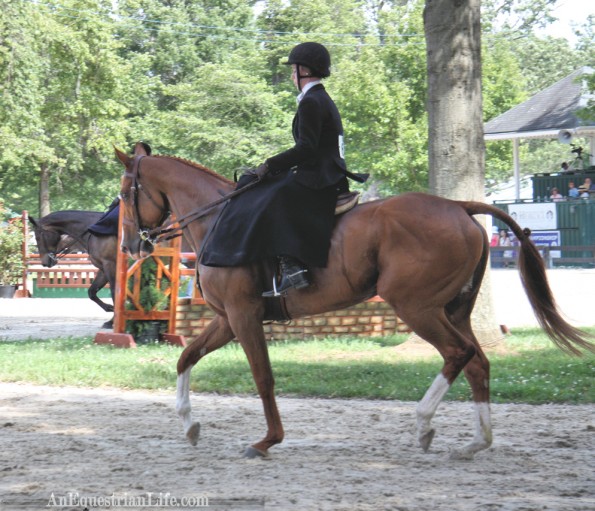 I posted more photos of this class on my facebook page, which you should definitely take a look at!

There’s tons of vendors lining the paths on this side, although the main theme seems to be hats. If you want a hat, you have a huge selection of hat makers here! 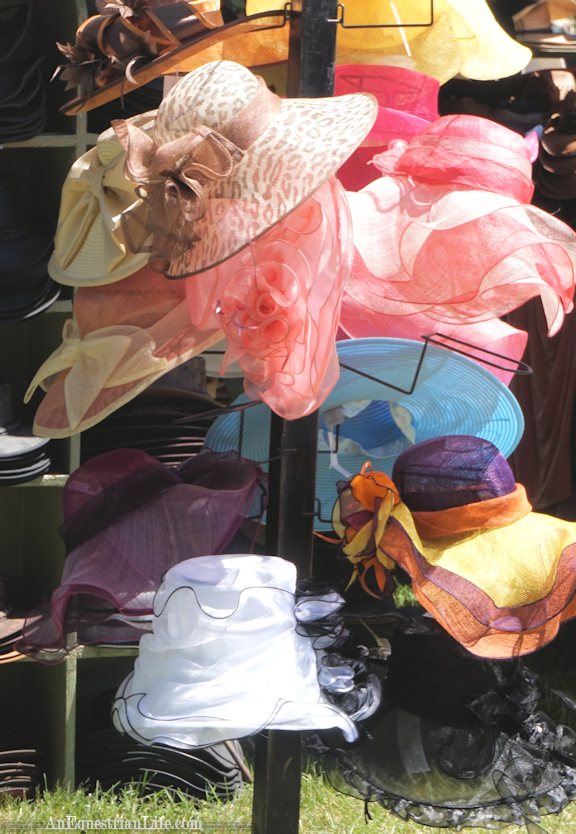 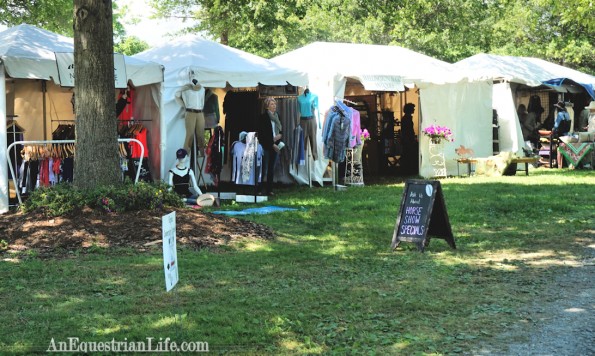 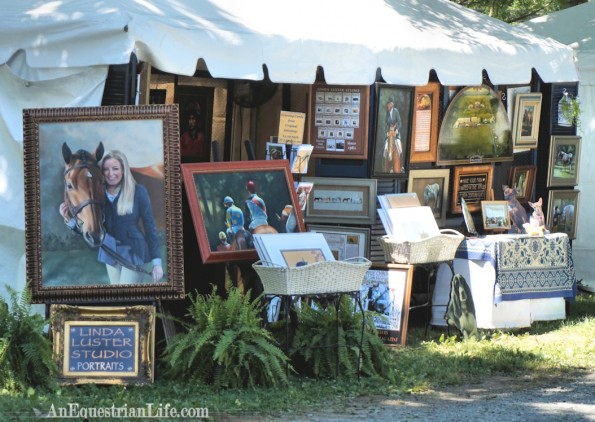 All this leads right up to the what I have heard is the best of the stands – The Upperville Lemonade Stand, which I have heard people rave over. I didn’t have any this year, and I don’t remember it last time, so I am not sure if I should recommend it. Lots of other people do though! 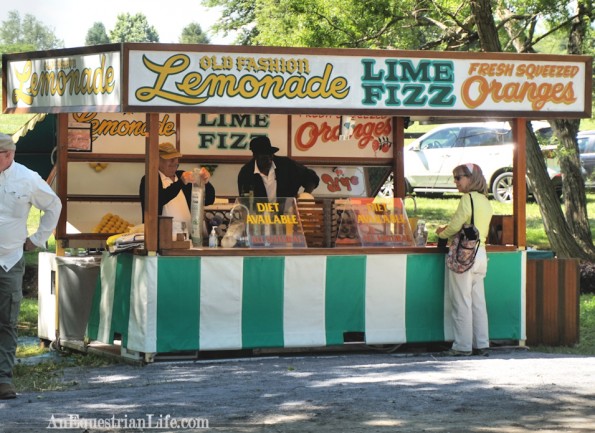 I wandered over to the second hunter ring, which had an amateur hunter over fences classes going on. It looked pretty competitive, but hopefully with another hard work, I’ll be competing among them! 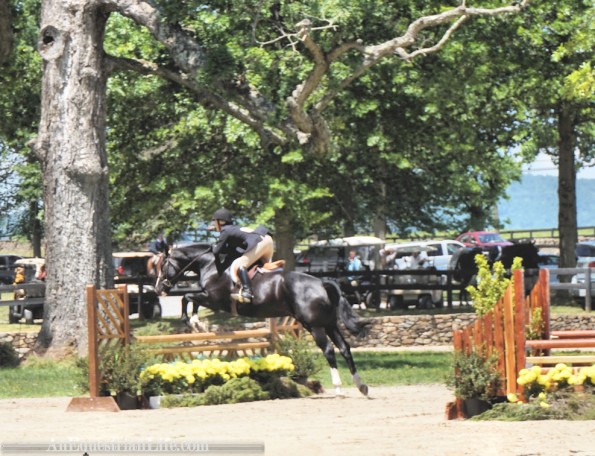 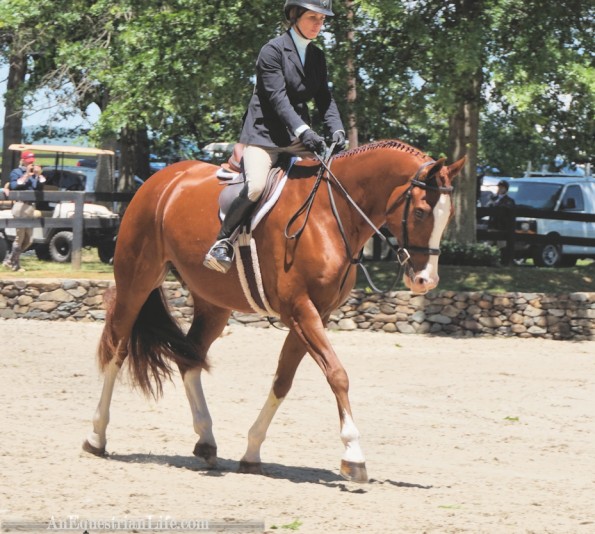 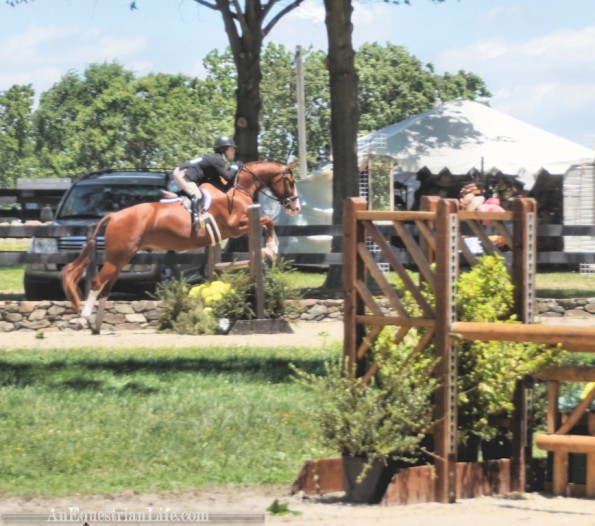 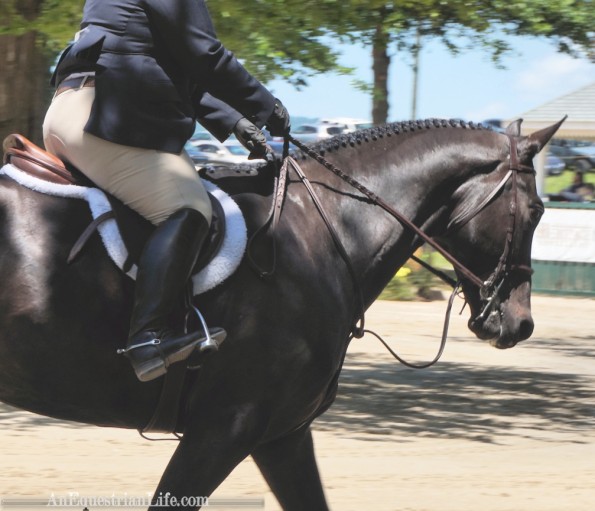 I could have stayed and watched all day, but sadly, I had another appointment to get to. I still want to talk about the Handy Hunter class and the Hunter derby though, so assuming I can type it all out, this looks to be an Upperville themed posting week! 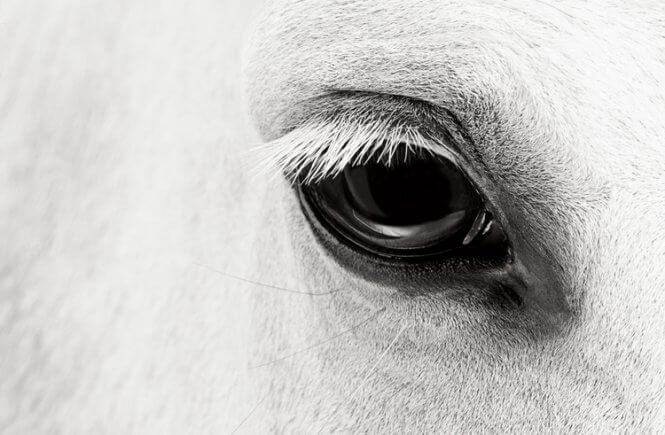