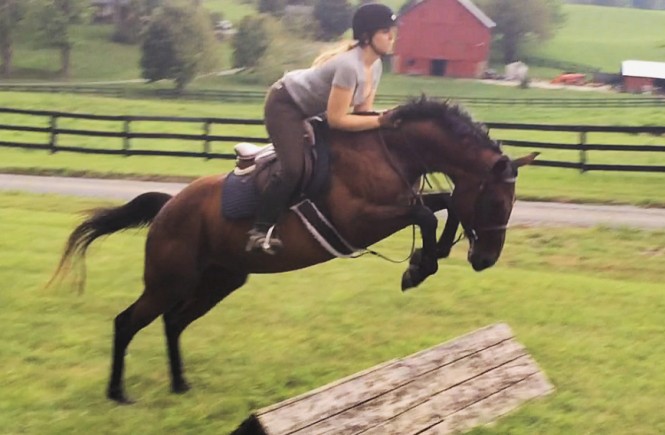 I met up with Shelby a few days ago for a trek through Middleburg/Piedmont hunt territory. It could possibly be the most beautiful horse country in the world (although I am biased).

Shelby knows the area very well, and took us on a little tour. Unfortunately, there was a storm cloud just south of us, no doubt destroying downtown Middleburg again, so we had to pick our route carefully. Although we wouldn’t have minded a little bit of rain, getting hit by lightning was very low on our bucket list, so we did end up turning back from one route. Luckily, the rain stayed away, and the clouds parted, and we had a beautiful ride.

Shelby, bad-ass eventing rider, likes to jump things out on the trail. We came across a log, and Shelby jumped it. It looked like too much fun! I’ve never jumped Berry outside of a ring, but Shelby inspires confidence, so I did it. Although I asked her to stay close because I am a huge baby. On my first attempt, I don’t think Berry realized I was heading for the log until the very last second, but she jumped it. The second time, she realized it.

For the first time on this blog, here is a video of me jumping a log.

That was a monumental moment for me.

We moved on with our trail ride, and found even more jumps! There was a bunch of coops, and sticks to jump. Shelby makes a course out of it, looping around to all the different jumps. I started with stepping on/over some sticks, and then moved on to this coop, where Berry decided to show that she actually can jump, and all those times she’s crashed through jumps/broken jumps were flukes. Or maybe this jump is a fluke, and I’ll be back to Crashin’ Berry soon.

Don’t watch it on repeat, my laugh will corrode your brain.

Continuing to leech off of Shelby’s confidence, I took on a little line, in true hunter fashion.

Shelby also took on a giant coop that was at least 2’9″, but I wasn’t quite that brave. We’ll have to have at least one more session of cross country before I’m ready for that step. Having successfully jumped some stuff, we went off on our way.

We rode over hill and dale, and at one point came to a tiny creek that was barely a trickle. Berry decided this was unacceptable and attempted to turn around and hurry off down the trail. I actually had to get off her, and prod her over the creek with a suspiciously long branch that just happened to be lying next to the creek bed. In true Berry fashion, she took a flying leap over the tiny trickle of water. But it seems like she learned her lesson, because we crossed several more creeks and she didn’t indicate any sort of issue at all. Although, she did have brave Justin to follow.

I am fairly sure that Justin and Berry were conspiring to get poop on my knee, because Justin stopped three times to poop, and Berry kept walking right into him (She was very personal with the horse she just met), and she angled my knee in exactly the right position. I’m pleased to say despite their efforts, my knee remained mostly clean, and was only soiled by general farm dirt and/or hay.

It was an amazing ride, with great company in such a beautiful area! I can’t wait to go again!

But, I have a new problem. 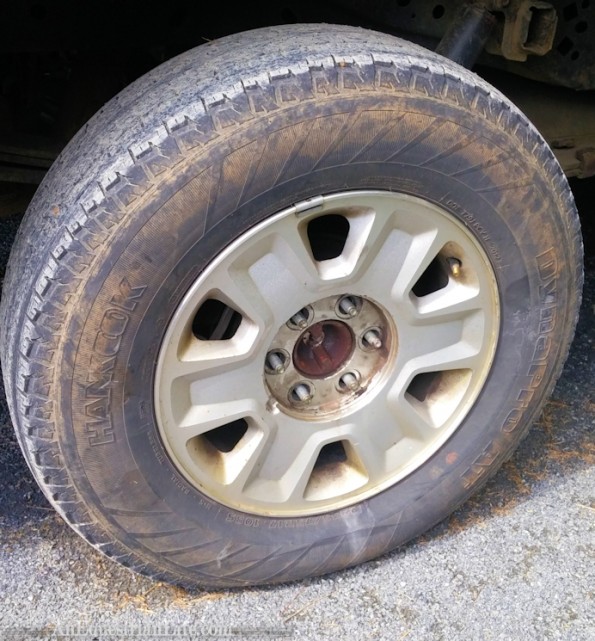 This is my flat truck tire, minus the lug nuts. A few days after I got home, I discovered it was flat. Well, that’s annoying, I thought. But I can change a flat!

I got too cocky. We set up everything to get this tire off, but the tire has fussed itself to the other piece of metal (I don’t know cars.) It is not coming off. We even pounded it with a sledgehammer. It will not come off. It has decided it will remain on the truck for the rest of it’s life. But much like training a horse, you don’t let truck tires get away with doing what they want. We’re going to take the truck into a shop and get them to remove the tire.

Until this happens, it puts a severe damper on my trailering life. No trail rides, no shows, no putting the horse in the trailer and going for a spin through town.

I did have a show coming up…but now I don’t know if I will be able to make it. I guess we will see how fast it takes for tires to be shipped here and installed. Hopefully less than three days. Fingers crossed! 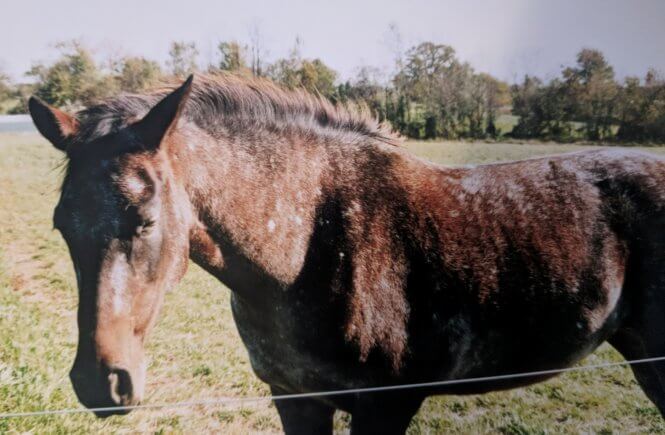 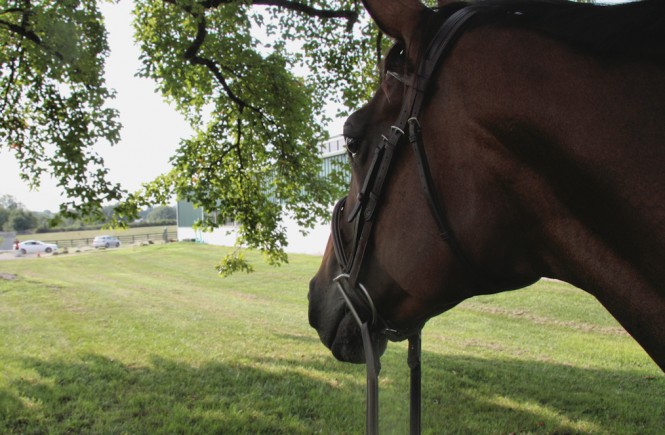