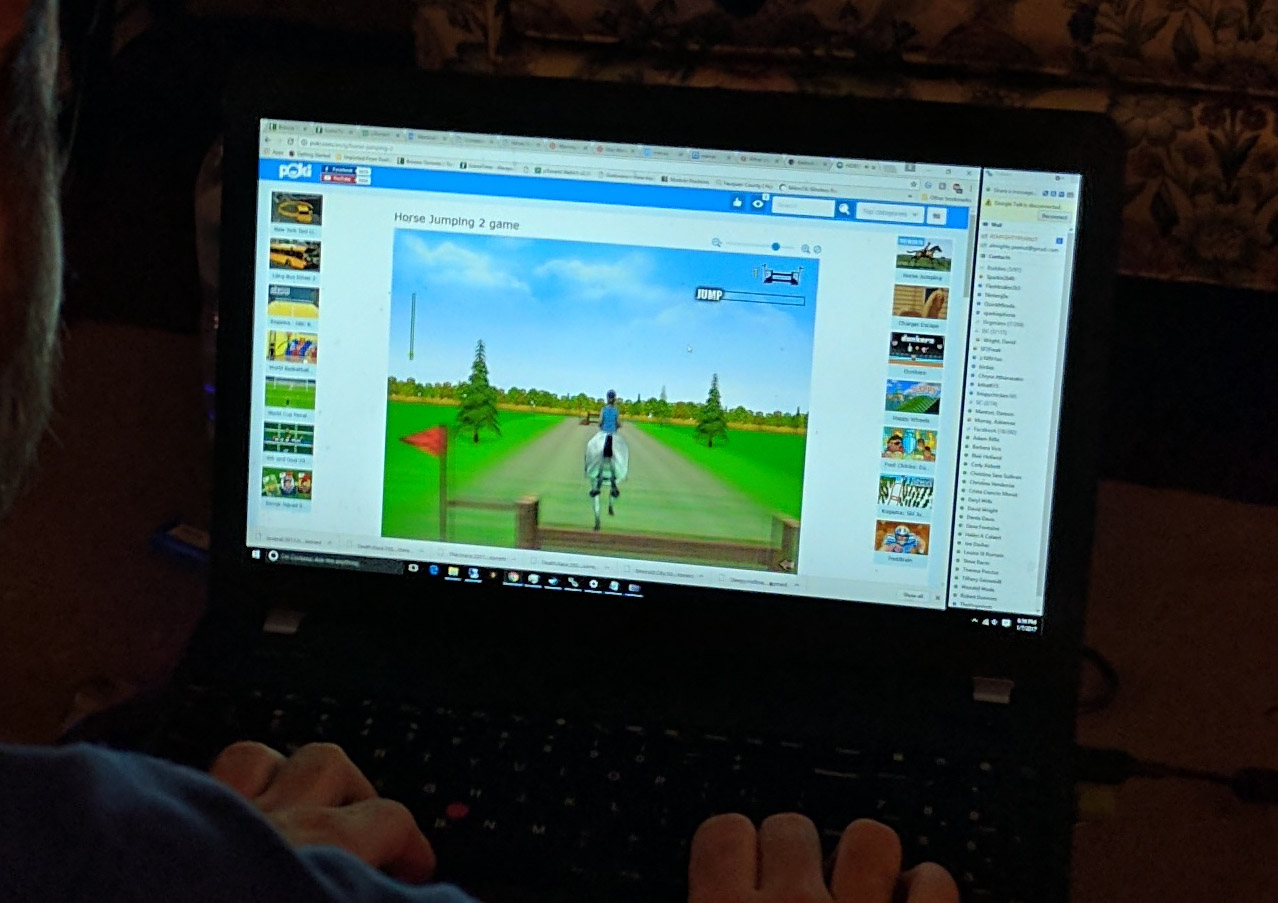 Above is the closest I’ve been to riding a horse recently. And that’s not even me playing it! That’s Dave playing an online horse jumping game. He would miss the jumps, but magically, the jumps would become transparent for him to just canter through. This was only a safeguard to avoid injury though, the rider was still very disappointed in Dave’s performance.

“You need to work on your spacebar skills!”

I wish I could work on my real life spacebar skills. I haven’t ridden since my guest lesson, and I am feeling an itch that a powder won’t fix. It’s been unseasonably warm, but it’s been very wet. So wet, I would not be able to get my tractor to my arena to drag it. I can’t even remember the last time it was dragged.

Now, keep in mind I can still only do this on the weekends. Most of my week looks like this: 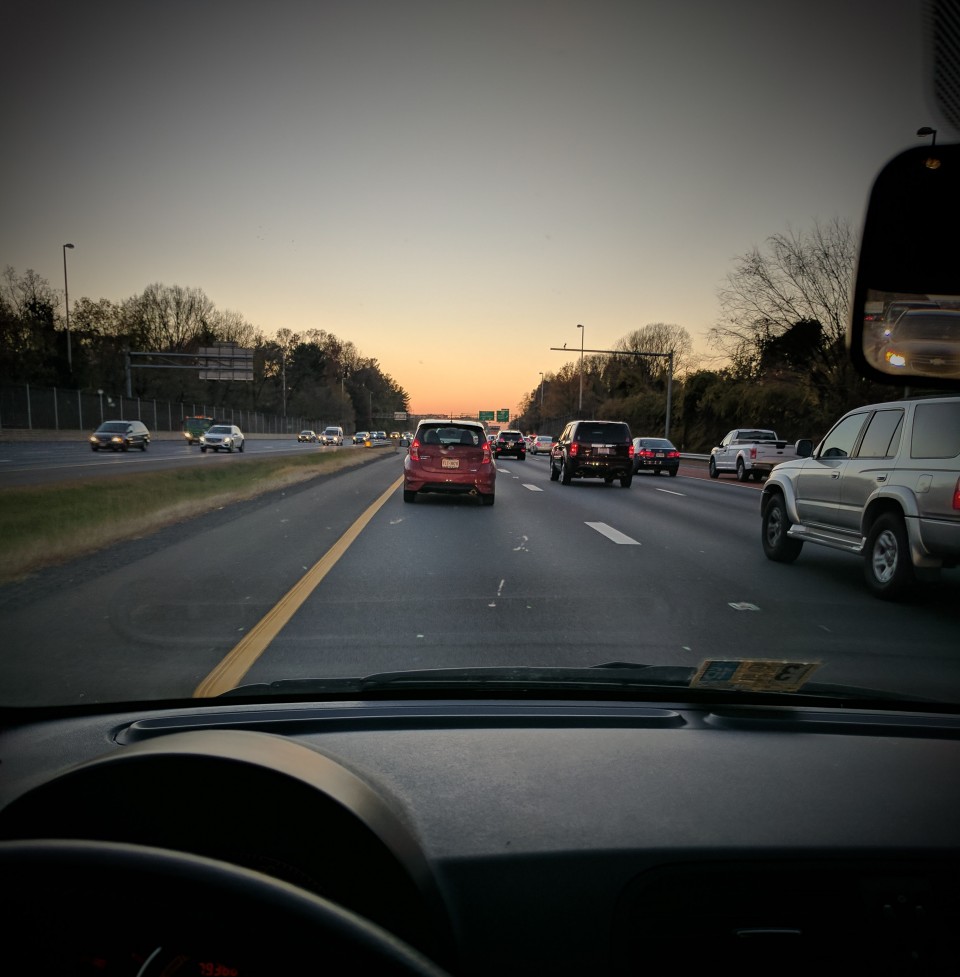 Don’t worry, traffic was at a standstill, therefore allowing the picture to be taken safely.

My opportunities for riding during the week are slim to none. Occasionally, we have a holiday. But then it’s cold and it rains, or snows. It’s been a mostly mild January, but usually it’s mild during the week – those times when I need to be at work. I like my job and my company, so I’m not complaining about that aspect. I just need some telework, or it needs to get sunny again, and stay sunny until like 7pm.

Recently, we had a company event, and due to the hours, I decided to stay in the city. I stayed with my friend and got a reminder of apartment living. I can see why people would live in a stacked column of housing, especially when work is mere minutes away, as well as an entire mall an elevator ride away. Although we are a bit older than the last time I was living in an apartment, so we weren’t exactly snacking on ramen. 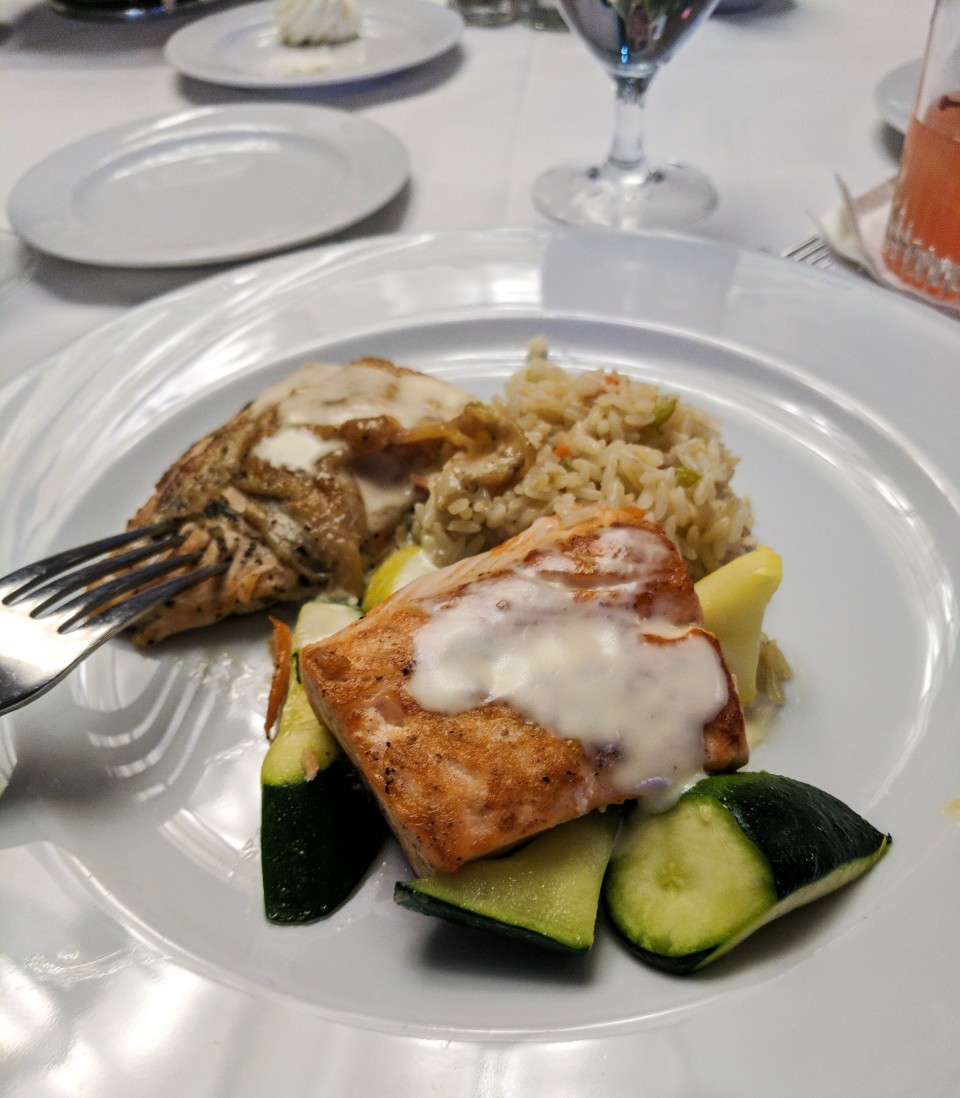 A free salmon dinner?! Ugh! I distinctly asked for lobster!

I also did some fine arts and crafts. Who knew I was so talented at the pipe cleaners? 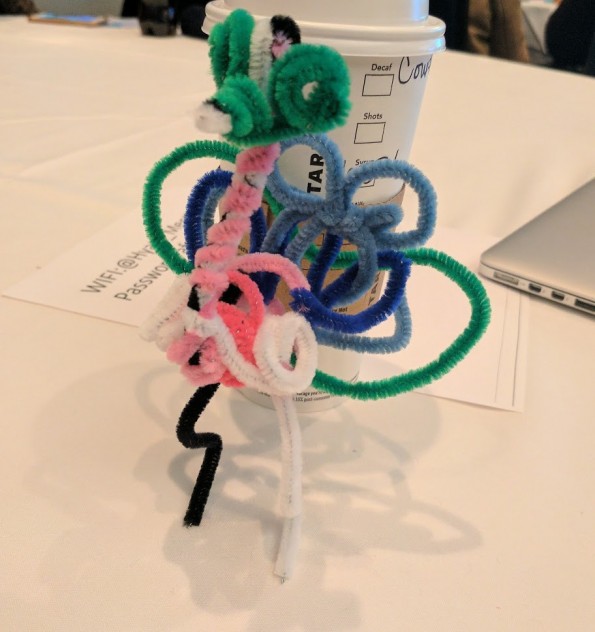 Only $160 on my etsy store! Act now, and I’ll throw in used play doh I’ve collected in my travels.

I’m basically waiting for to get more free time. Eventually, I’ll be able to ride during the week again… I’ll start taking a lesson every week again… and keep advancing. It’s just another period of life where I have to accept that not riding now will benefit me in the future, career-wise. The waiting isn’t so fun though.

I’m brainstorming some ideas to get Berry working again while I’m at work, none of which sound appealing, financially. But, it could end up extremely beneficial to send Berry to a trainer for a few months until I get more time.

Or I could install some arena lights. I kind of like that idea. What I don’t like is the thought of doing anything on my mud slick of a pasture.

On the positive side, since I’ve been stuck inside on the weekends, I decided to seriously tackle redecorating my house. Before and after pictures to come!

Good job to all of you that make the riding/work/life balance work. One day, I will be among you.