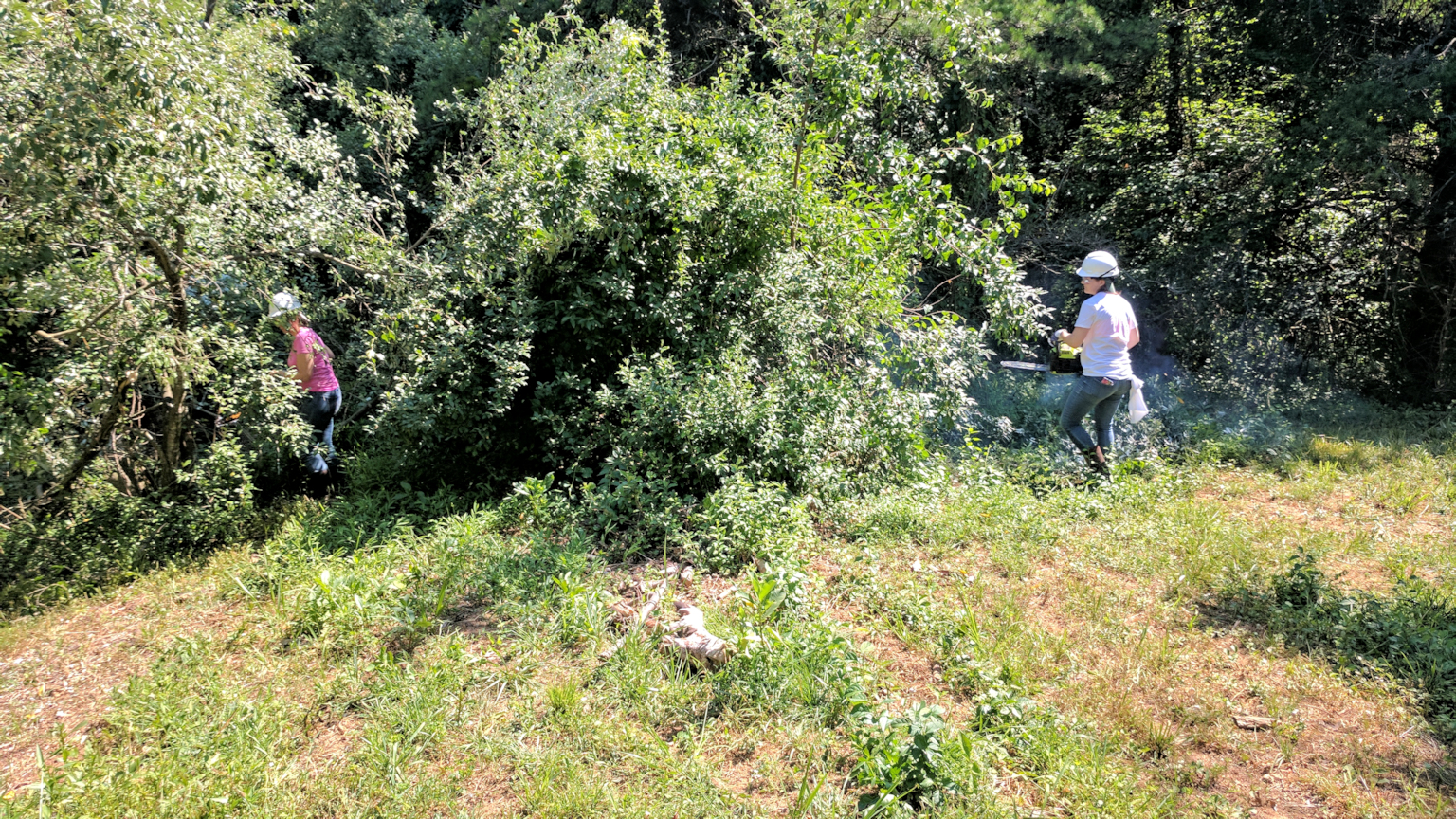 Now that I’ve picked the horse, I need to have room for it and D’Arcy’s foal. It’s finally time to clear our some more acreage on my farm. (Really, it was time ages ago, but this is good motivation to get moving.) 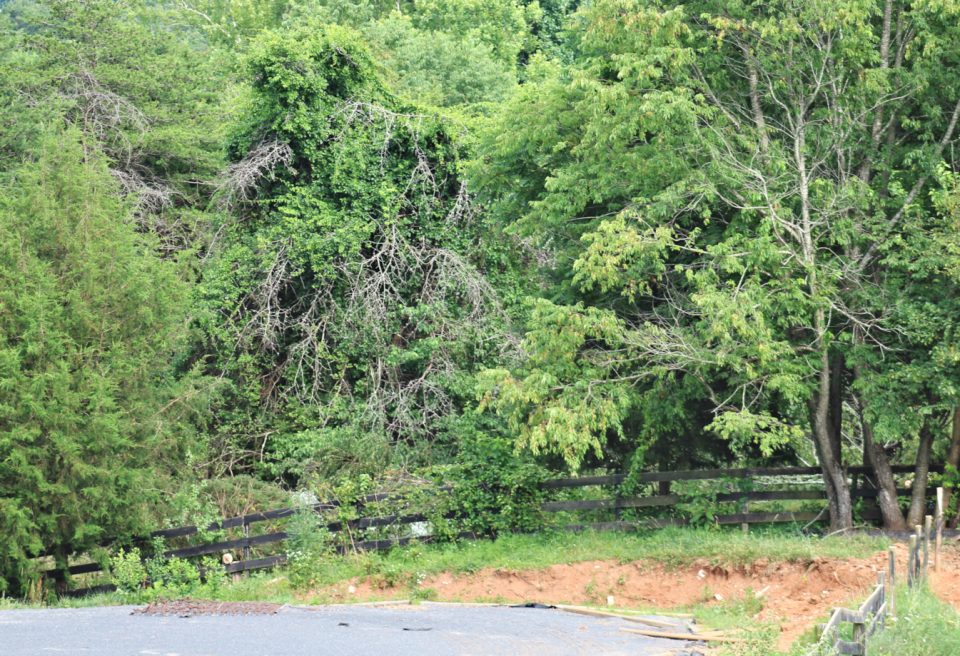 The view from the house. Technically, this is after cutting down the trees…but it looks about the same as before. Hopefully, the progress will be more evident later.

Dave ripped something in his arm, so he was unable to cut down trees. That meant it was up to us ladies to cut down the trees and make the pasture, which felt extremely daunting.

I’ve never chainsawed anything. Chainsaws are terrifying. So much can go wrong, and so quickly. They seem hard to use and there’s so much activity right in front of my face. But, it wasn’t going to happen if I didn’t man up and do it, and luckily D’Arcy was able to inspire some confidence in trying it, despite never doing it herself either.

We started them up, and hesitantly practiced on a random fence post. It turned out it was incredibly easy. It was kind of like jumping in a pool – just need to jump in and get the first step over with, and it’s easy to keep going. 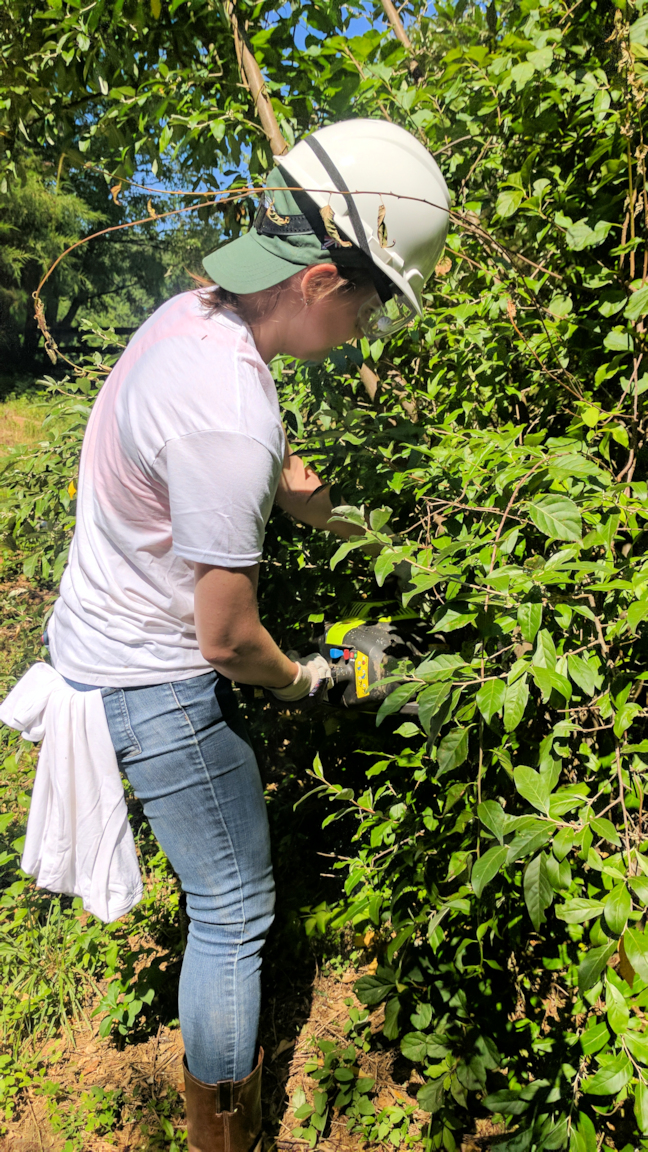 Virginia has weird, horrible bush tree things that grow like a weed and have tons of branches coming out from the bottom. No idea what they are called, but they should be called Hell Bushes, because they are impossible to deal with. Another one of these bush/trees grew through my fence and knocked the whole thing out. So, on the first day, we knocked out two of these asshole plants. 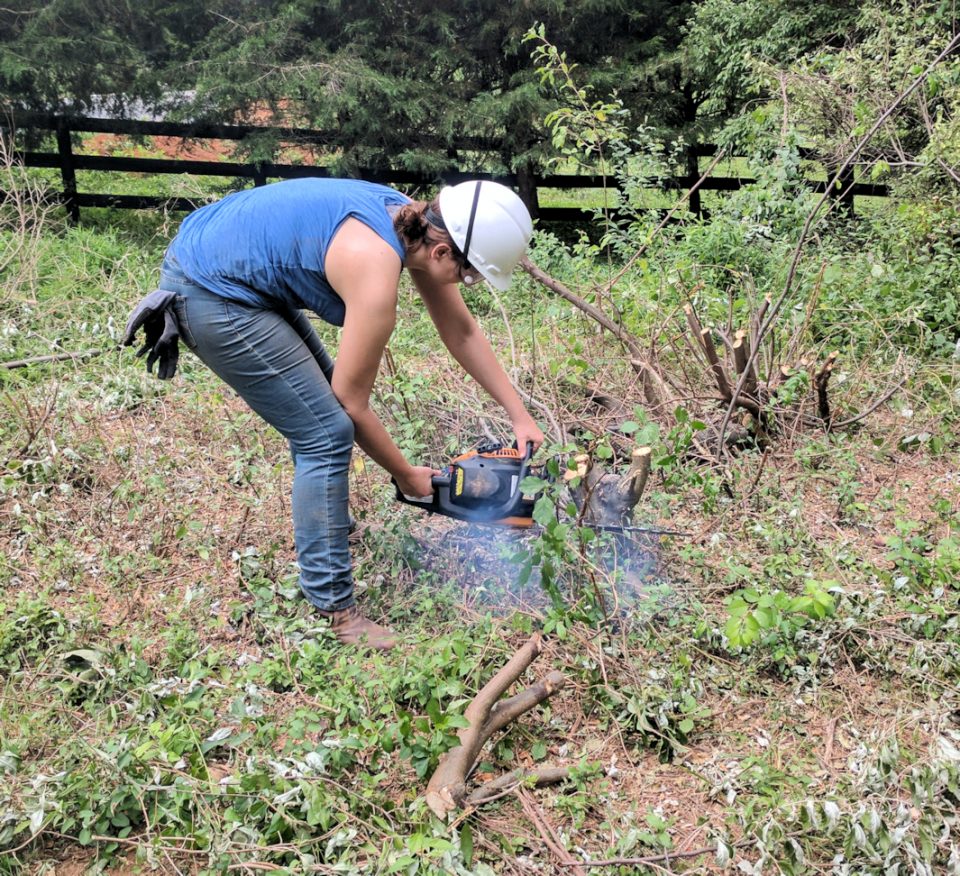 The stem of asshole plant.

The next day, Dave and I went out to tackle some actual trees. We took out some scrubby pine trees lining the fence (visible in above photo), and a 35 ft tree that was near the barn. It was a little bit terrifying to think the trees might come down on top of us, so it took some careful maneuvering and setting up of the cuts. 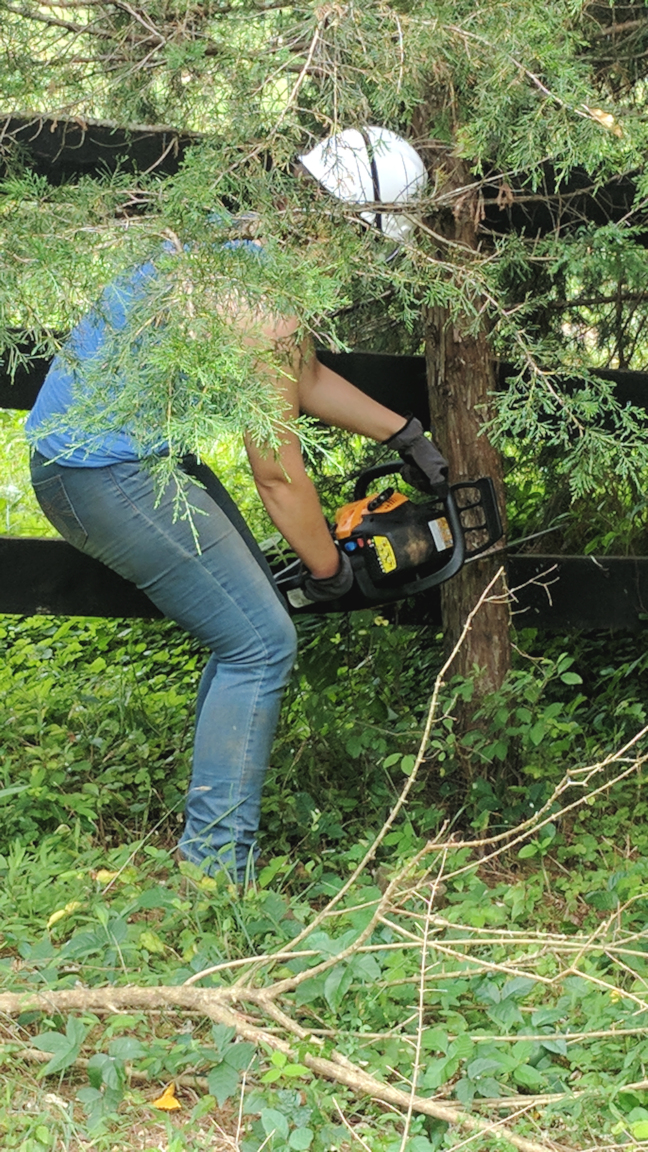 Cutting notches in the tree to make it fall the right direction.

It seems that we followed all the correct stems, as we still exist, so hurray! I would have keep going but the chainsaw decided to turn off and not back on again. I lack the technical knowledge and mechanical whispering of why this keeps happening, but I’m sure with some YouTube videos I’ll sort it all out. It’s now raining here, but once it dries out a bit, it will be back to chainsawing! It’s surprisingly addictive!

Only downside is now I am now covered in poison ivy. Maybe next time I’ll try wearing a hazmat suit.