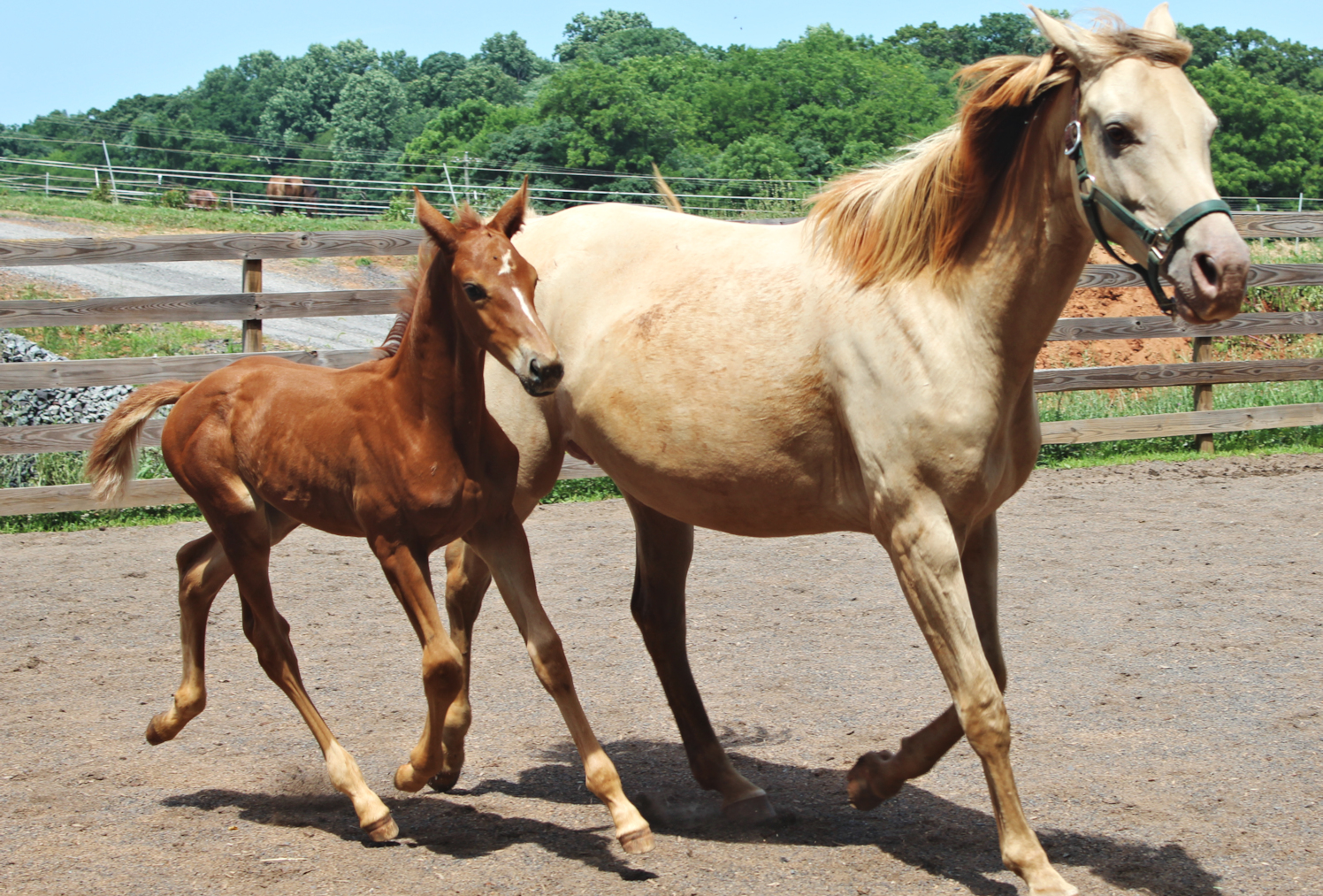 Yesterday the vet checked out Sharpie, and he officially became mine. I basically already announced him before due to excitement, but now he’s truly and officially mine! Which means I can tell way more about his bloodlines without feeling like a weirdo stalker of breeders.

But first, his vet inspection!

This is the first time I’ve bought a youngster with a vet check – when I bought Pony, I just kind of winged it. I mean, he worked out great, but still… probably not going to do that again.

So, we showed up, and the breeders went to retrieve our lovely babies from the field. 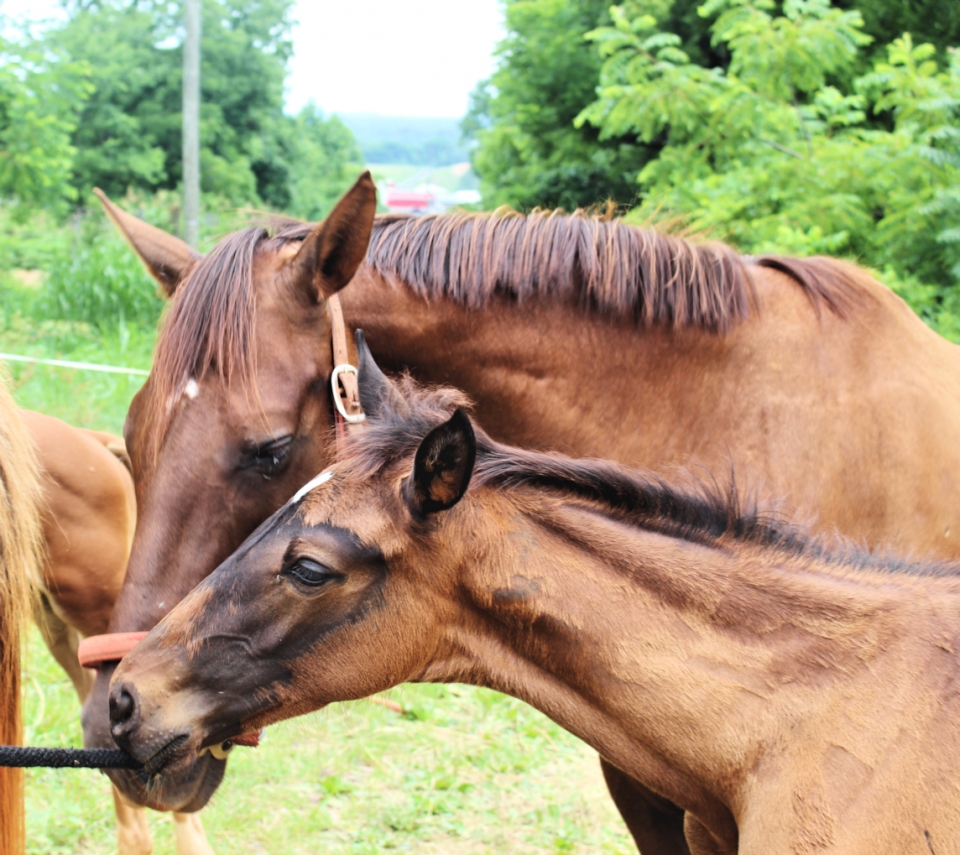 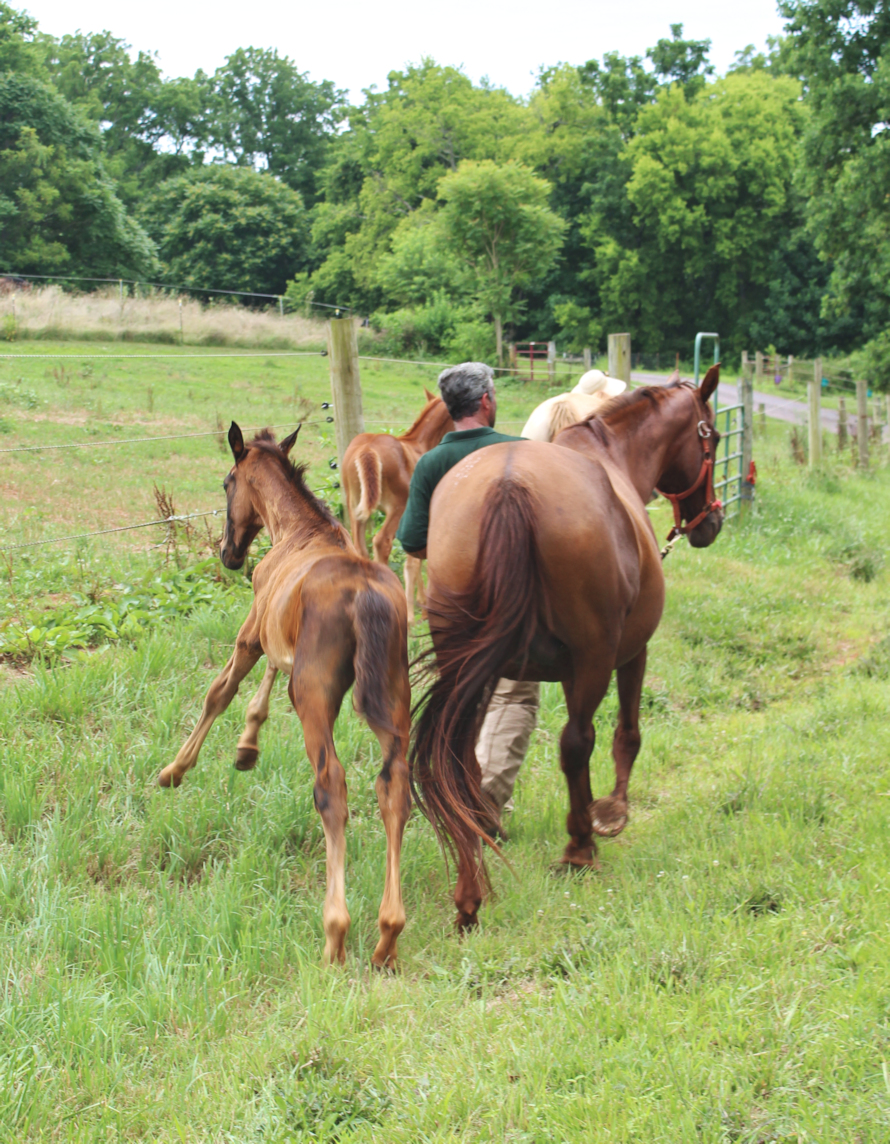 They frolicked and played while walking, unfortunately, the camera missed the best parts!

The vet was running a little bit late, so we sat with the foals for a bit, waiting. It did result in some pretty cute photos! 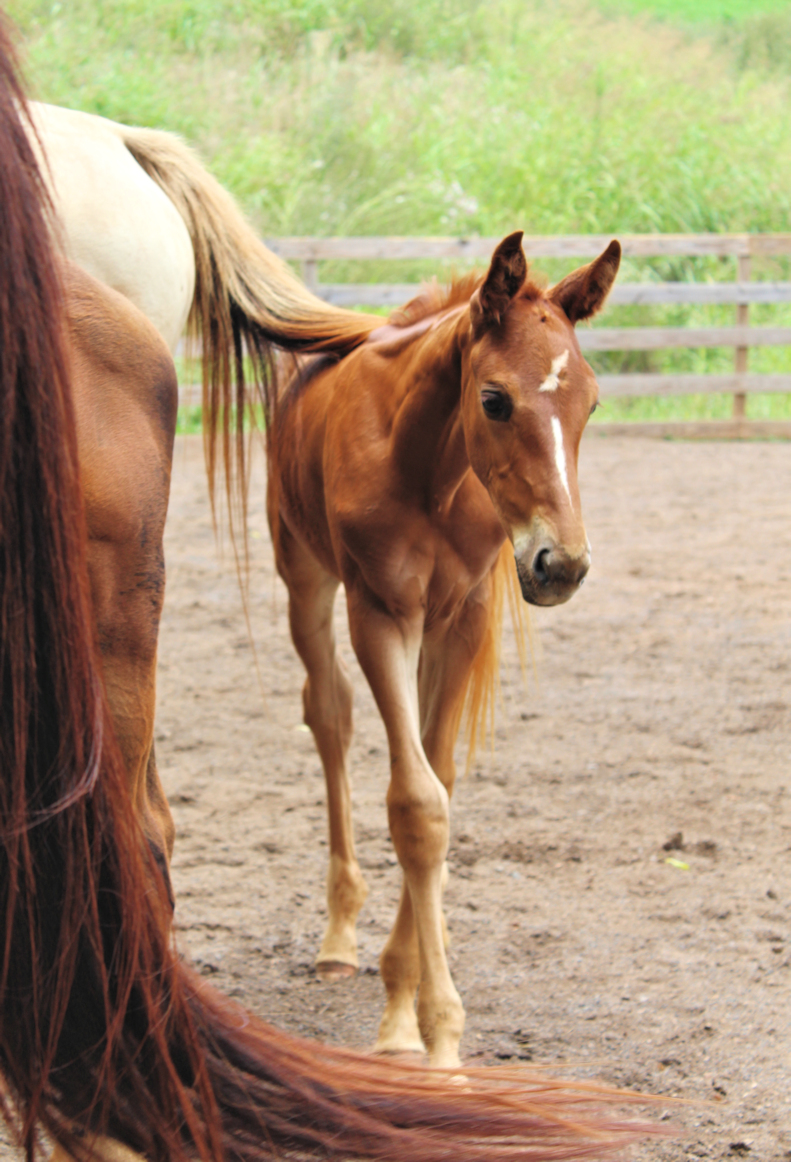 I also found out that Sharpie is now super friendly, despite having no interaction with anyone since the last time I saw him. He has become a sweet little gentleman that loves getting itches. Naturally, he requested lots of itches from everyone. 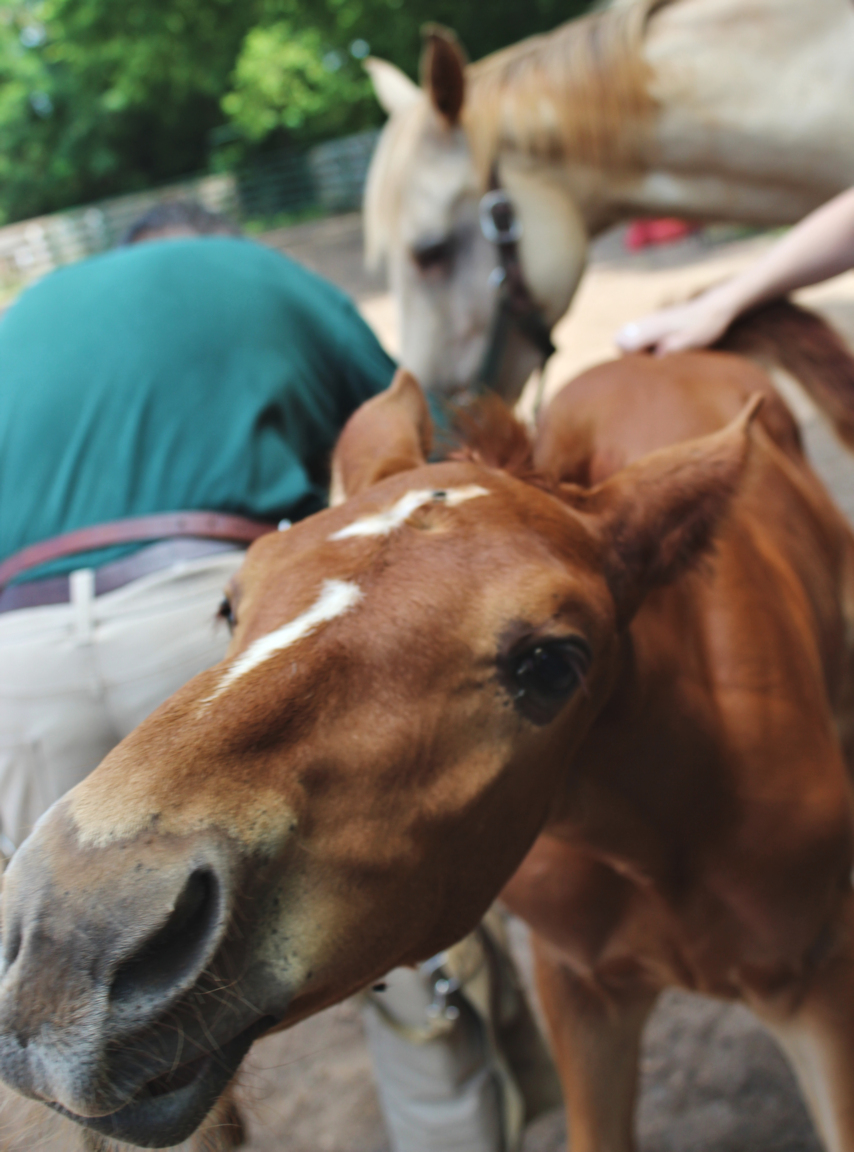 He’s basically Pony, in chestnut horse form. Super friendly, and wants everyone to love him. Including Olivet, who has higher standards than that. 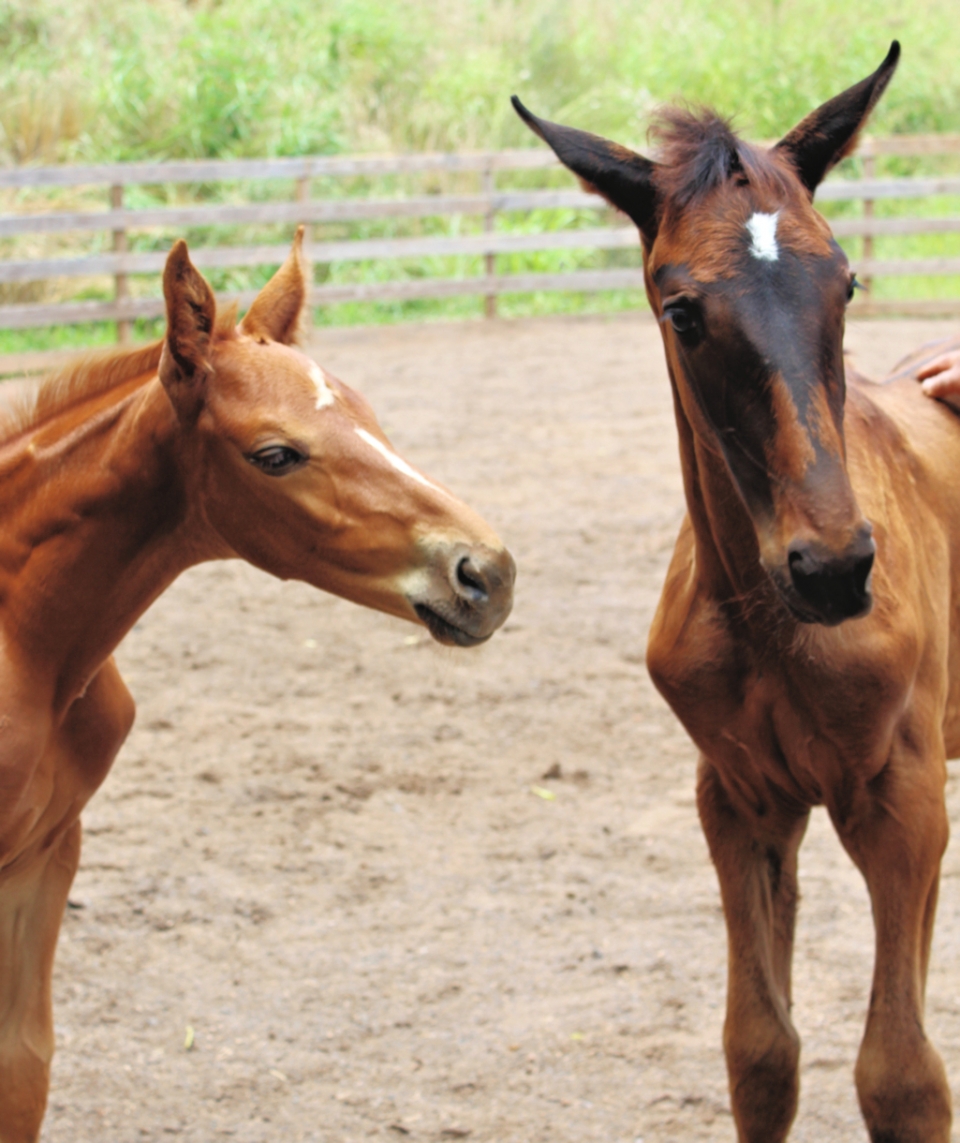 “Hello, fellow foal! I would like to be friends, please!”

I’m sure eventually they will get along.

Despite these terrible issues, I signed the papers and wrote the check. He’s 100% mine. 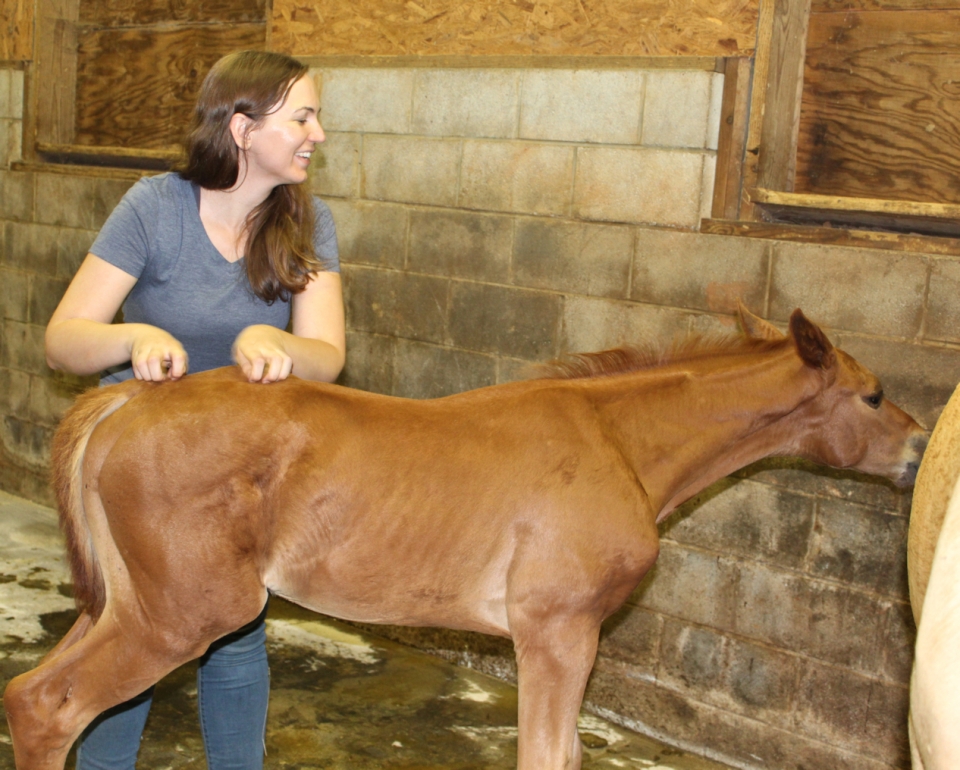 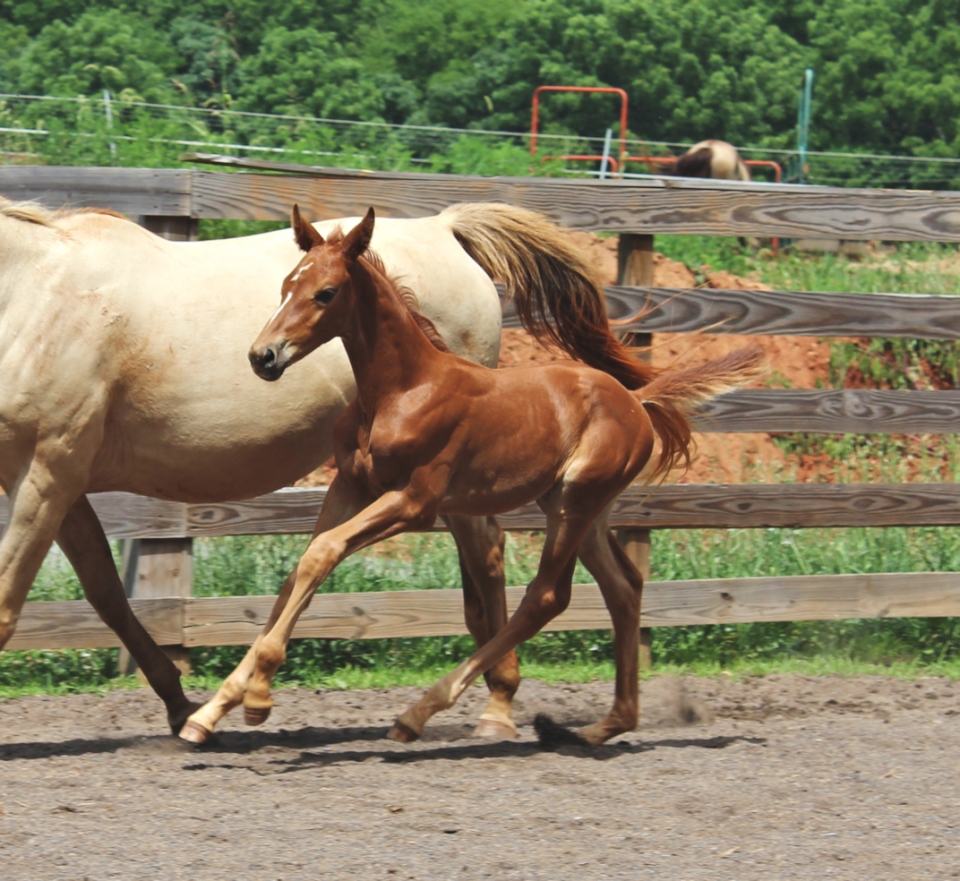 The next time I could possibly see him is at his inspection for Westfalen NA. I haven’t quite worked out the logistics as I’m working that day, but hopefully I’ll be able to attend. I’m not counting on a great score, though. His mother is extremely relaxed and does not like to move out. Sharpie likes to hang out directly next to his mother and do the tiniest of little trots to keep pace with her. He’s an expert at the teeny tiny little trot. But… maybe he’ll surprise me? Maybe someone will light off fireworks and they will finally react?