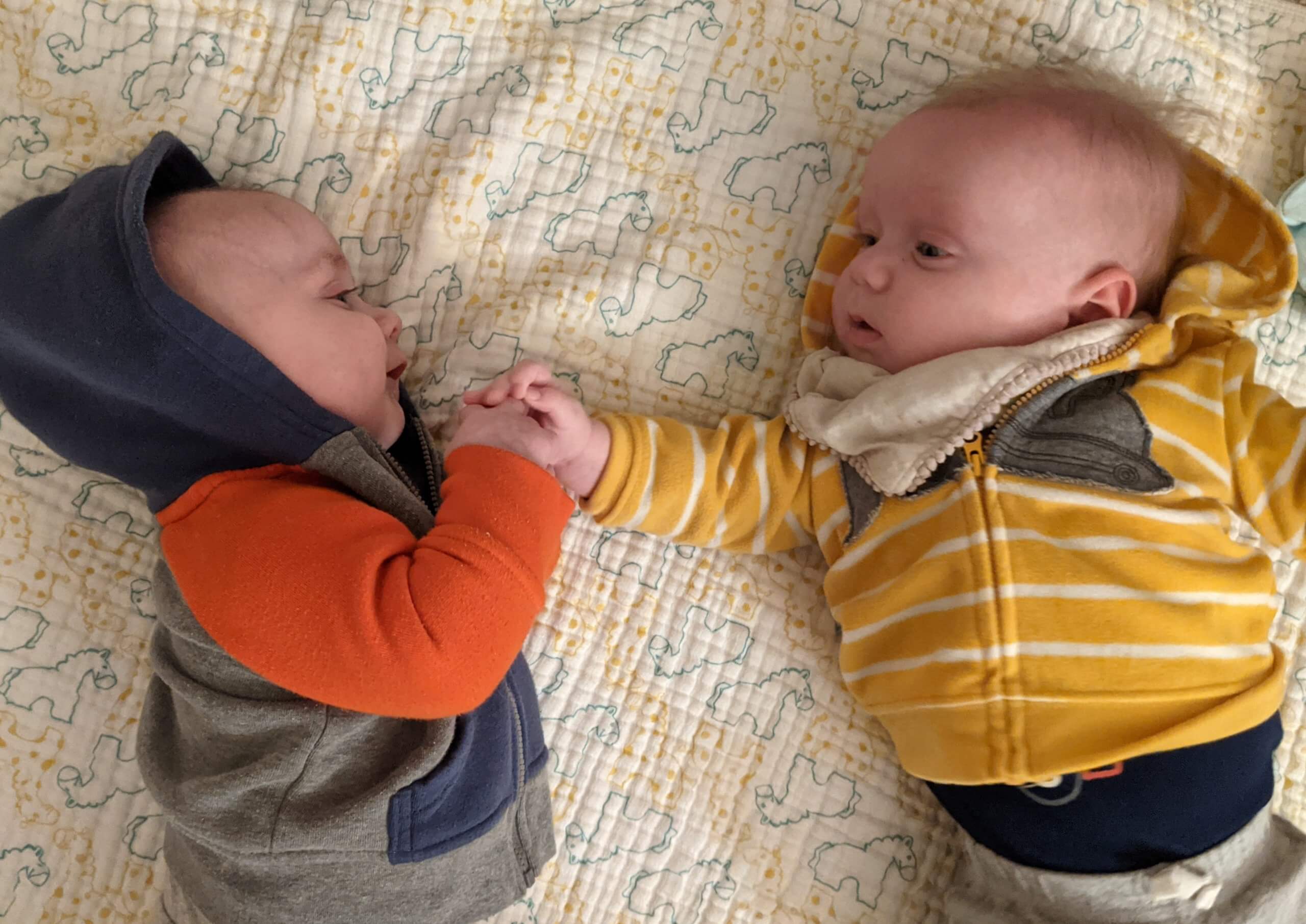 Once again, time moves so fast, I can’t even believe it. I felt like I had just written that post about Stu, but turns out, it’s been nearly a month. How is that even possible?

So what’s been happening in the last month… well, nearly nothing horse related. I think if I stuck to only talking about horses on this blog, I wouldn’t have very much to write about. I’m expanding now. It feels weird because the entire premise of the blog was supposed to be about horses. But life changes. I can’t go trail riding every weekend like I used to. I can’t just jump on and ride whenever. And I did say “An Equestrian Life,” which could include lots of things. Maybe I could have been more specific and said, “An Equestrian’s Life,” but at this point, we are arguing semantics. So let’s let it go, and pretend that I’m in the right, as I should be.

My little men are getting bigger. They smile, laugh, and look happy to see me, which is hugely rewarding after being woken up 8 times in the same night to caterer to their every need. We are still working on that “sleep through the night,” thing, I know it’s a difficult concept for some to grasp. One day we will get there. Hopefully soon, because I am running on fumes. Nothing kills your days like getting barely any sleep the night before… for weeks on end. Daytime naps are not a thing when there’s also a three year old involved.

Just look at these two twin boys, looking so much alike.

The boys continue to look completely different, confusing most people who assume they are twins, since they are both babies at the same age but how did two babies who look so different come from the same parents?

At first, we got comments like, “How will you ever tell them apart?” And then upon closer inspection, “Oh… I see.” No sharpie marks or nail polish needed for these two.

As anyone who’s every had a baby knows, babies are basically loud potatoes for the first three months or so. They don’t smile (except on accident), and they seem completely indifferent to your presence, except for when you are satisfying THE HUNGER. It can be kind of depressing to be so in demand, and yet so under appreciated. Luckily, once you hit month 3 or so, they acknowledge you as their most favorite person in the whole wide world. There’s nothing like those huge baby smiles to greet you. Or they just gaze at your face and smile. Your face is literally their most favorite thing in the world.

Any who, where I’m going with that is, despite their love of me and the daddy being on full display, they don’t seem to care much for the other twin. They are constantly with each other during awake time, and yet they might as well be total strangers to each other.

Oh sure, there’s the times when one of them jams their tiny little fist in the other’s mouth, for no reason I can tell. Or one just slaps the other repeatedly. Really, just a lot of violence between the two.

That was a week ago, and it hasn’t happened since. They went right back to ignoring the other one, except for the one time that one rolled on top of the other one and got stuck. Then there was some slapping involved.

Maybe they’ll work out their differences in the future.

My Big Beautiful Warmblood (an update)