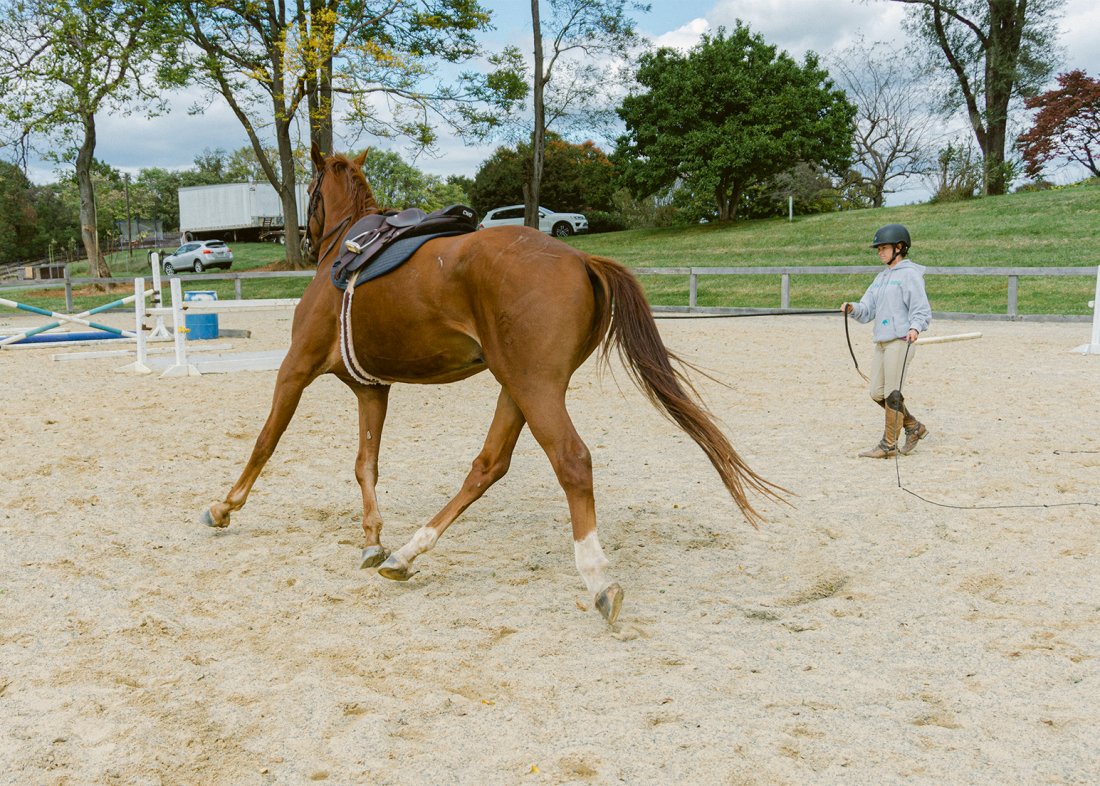 It’s been just shy of two years since I sent Stu away. Life has changed so much since then. Well, I birthed out my litter of babies. That’s basically it… with me I mean. I guess the world as a whole has gone through some changes, some of which effect me, others do not. But this isn’t the time to get political. Or maybe it is? It’s about time someone stood up and said, “I’m against all those things everyone hates.”

He’s been in training the whole time he was gone. Nothing particularly specialized (as far as I know). The concentration was pleasure/fun horse. I want him to be GOOD. Just be a GOOD HORSE, for the love of God. One that behaves, one that I can just have fun with. I don’t feel like that’s too much to ask, I’m not trying for any competitions now, I just want to be able to ride my horse, and have fun, and not break my back. Is that too much to ask?!  Rhetorical question, how on earth can I predict that.

I didn’t plan for him to come back right now, but the rising costs of existence made me realize that since I have to pay for him regardless, I’d rather make an attempt at riding him. It might be ambitious, but I’m going to see if I can actually ride him several times a week.

“Serious” riders might laugh at this. What a small goal to have, to just be able to ride a few times a week vs having a full fitness schedule, competition goals, and huge plans for their horses. I do wish that could be me too, but I have to be realistic. I have limited to zero childcare, my husband works a lot, and the kids are not the age where they can be abandoned to become the neighborhood latchkey kids… yet.

Last Sunday, as the last of the former hurricane swirled overhead, I went to the barn to wait for him to arrive. His now former trainer was bringing him up for me. I brought my tack and his blankets, and contemplated the complications of having horses at two different locations, namely having to have two separate sets of supplies, and also containers to keep those supplies in.

I created a vlog during my wait, and you should check it out! I’m planning to vlog my whole experience of working with Stu. I really enjoyed making it, so it’s a nice cherry on top of something I would have done anyway.

Stu arrived, and went out to his field with no complications. He was previously on stall board, living the plush life, so it might be a bit of an adjustment to be back on field board. Naturally I immediately abandoned him to figure it out and went back to my warm, dry house. (It wasn’t completely immediately, there was a small waiting time.)

The next day, I left to visit my parents. My husband was going on a business trip, and I didn’t want to be home alone with three young children. This meant I was not home for my trainer’s first ride.

It was not good.

As I said, the main goal I wanted for him was for him to just be a good horse when he returned. I don’t want to be fighting with a difficult horse. Apparently, that was not the case when my trainer rode him. He still had the same dominating, lazy personality. He put up a hissy fit over walking over a puddle in the arena in the very beginning of the ride, and that was just the start of a very not good ride. He wouldn’t steer and was kicking and bucking at her leg. He was balking and refusing to move, and she thought he was actually considering rearing. Since I wasn’t there, I cannot fully describe it, but I am told it was bad.

It’s really disappointing, honestly. I knew he had an attitude problem before I sent him to training (a big part of why I sent him to training to begin with), but I thought it would be fixed from all the training. I really thought I’d just be able to get on and ride. I didn’t think it would be pretty, but I assumed we’d be working on refining the aids and basically learning our communications while we became a cohesive unit. I knew he was lazy and unmotivated, but I didn’t think it was anything that a crop wouldn’t be able to fix.

I’m disappointed because I don’t understand what happened. I went to see him a few weeks back and while he did have some steering issues, he really did seem fine. He seemed like a green, but mostly good horse. Is it the weather? A new environment? Testing a new rider?

I don’t have any answers yet. I didn’t expect that I’d be paying for a whole lot of training rides, but I’m at the point of my life where I don’t want to be the crash dummy anymore. To be clear, I don’t want my trainer to be a crash dummy either, but she has the benefit of being a trained professional who knows the right thing to do, whereas I would be a floppy rag doll.

My trainer worked with him a few more times while I was gone, and if these pictures gave you any hints, you might have realized that it has gotten better. I went there on Saturday to see him for the first time since I left him.

It wasn’t too bad. My trainer says he’s improved at least 80% since she first rode him (unclear on the metrics of that.) I mainly watched. She led him on the ground, making him actually walk with her instead of lagging behind, he resisted the bridle, but gave in after a few minutes, and it looks like he’s learned how to lunge, which he did not know at all before now. He had a few moments of resistance, but overall, he seemed pretty good. She did a full walk, trot, canter routine, and we were both pleased. She’s going to ride him one more time, and then it’ll be my turn for a lesson.

Although I’m still a bit confused as to wait happened, I’m cautiously optimistic again. Amanda thinks it’s going to be fine, and he’ll end up okay, which is a pretty nice change from wondering if he’s about to rear and flip on the first ride. She said there’s video of that ride, so I am hoping to get my hands on it. That’ll definitely go in the next vlog!