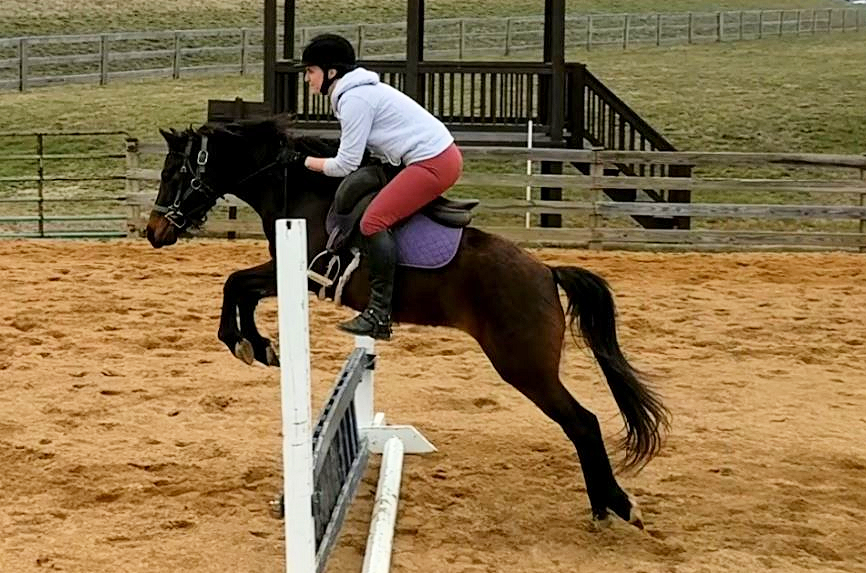 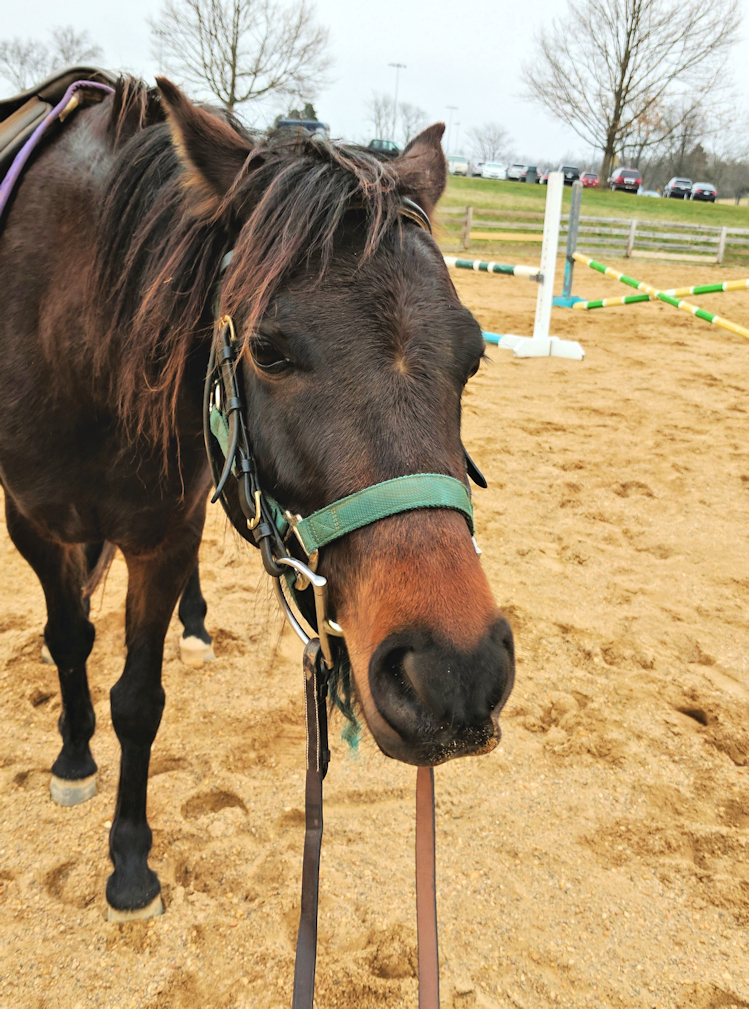 So, to give you a brief recap of the life of Pony, I bought him as a yearling, he spent 4 months at training last year, and he’s been ridden probably 5 times since. That brings you up to speed.

He’s a really, really good pony. Once something clicks, he remembers, and he keeps right on doing it. He grasps the concepts of things really fast. He’s main problem is that he is terrified of everything. So, lesson learned – expose your baby horse to as much as possible. OK WORLD, I GET IT, I’LL TAKE THE NEXT ONE OUT. He’s the youngest I’ve ever owned, although I did get Berry as a 2-year old, and took her out and about, but that was less purposeful exposure, and more of “I am actively training this horse because I would like to ride this horse ASAP”. And now she’s a moderately brave horse. But I digress.

We (we should basically mean D’Arcy, we weren’t both riding him) took him around the arena and introduced him to such scary concepts as a white pole on the ground, and a barrel. The pole caused him some distress, but he really got over everything very quickly. We have ambitions of showing the little guy, so we decided to take him through a grid. I failed to elaborate on Pony never having done a grid, and in fact, probably only jumped like 10 times in his life, and D’Arcy headed for the grid.

He was a bit scared, and reacted like a scared little pony. Poor guy. But, little guy doesn’t hold a grudge, so the next time was much better.

He’s getting it! Another round, and he was at this:

Feel free to ignore my obnoxious cooing. He did trip over the first one, but what a good Pony!! The last jump was a gate, and he didn’t even hesitate. He got it, he knows what he’s doing now.

He did trip over the first one, but what a good Pony!! The last jump was a gate, and he didn’t even hesitate. He got it, he knows what he’s doing now.

After his great performance, we only asked one more thing of him: Jump this panel gate that he hadn’t looked at before.

My little boy is all grown up! He gets it… he really gets it!

And of course, I must give credit to D’Arcy for riding him through all this. She handled him beautifully, and really helped him understand. She might have a second career as a pony rider. Those are in high demand!

Afterward, we went out on a trail ride, and he was moderately good for that, too. Berry and I did leave him and D’Arcy behind at a terrifying looking mud stream that he was reluctant to cross, but eventually he popped over it. Little guy just needs more exposure, and he’s going to be the greatest (and only) Pony that I’ve ever owned.