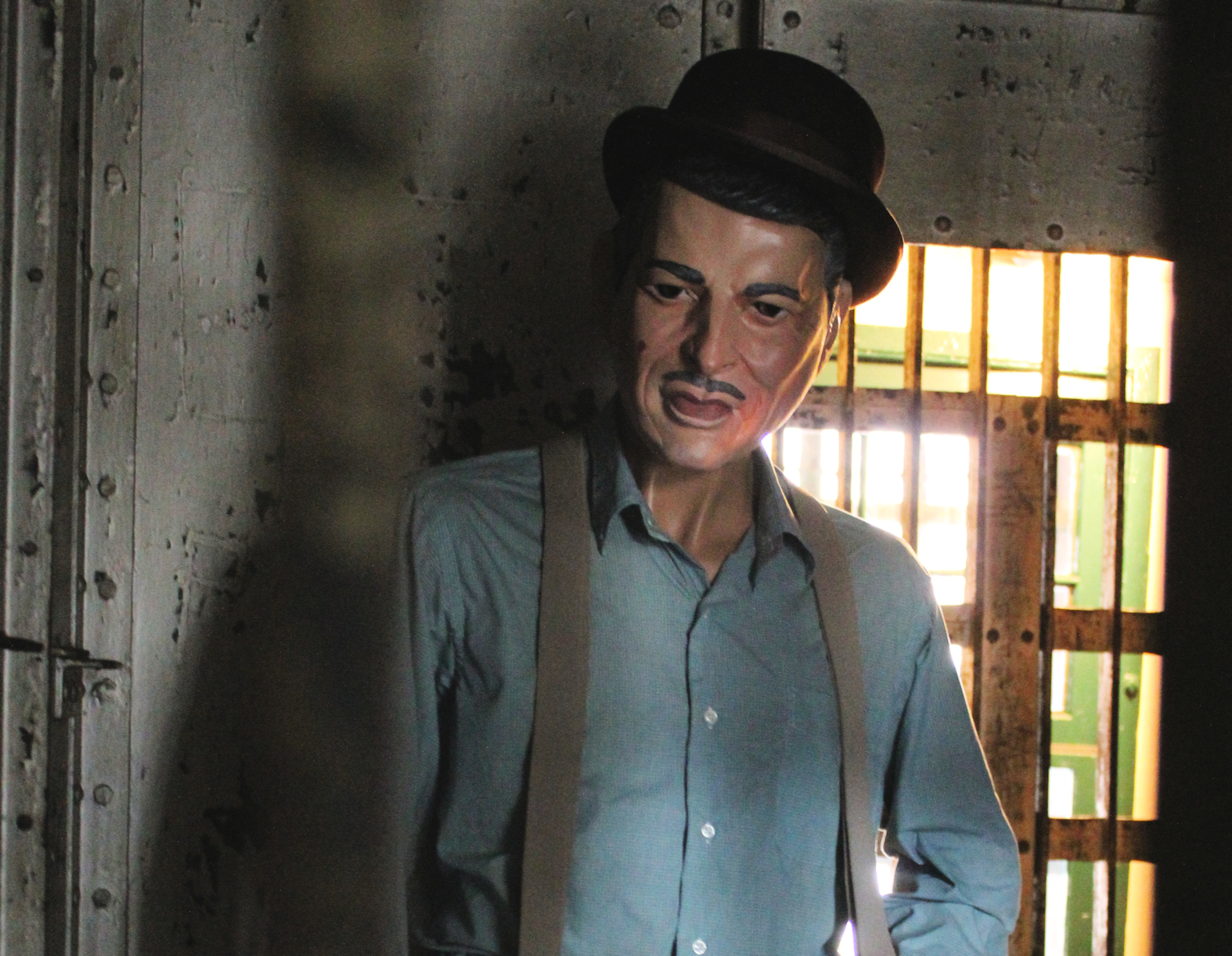 I’ve been very interested in travel recently, but it made me start thinking – what about being a tourist in my own area? It seems pretty convenient since I’m already in the area. I decided to check out a local museum that I didn’t even know was here, despite walking past it several times.

We investigated, and luckily someone was walking out of it when we approached or we would have missed it again. 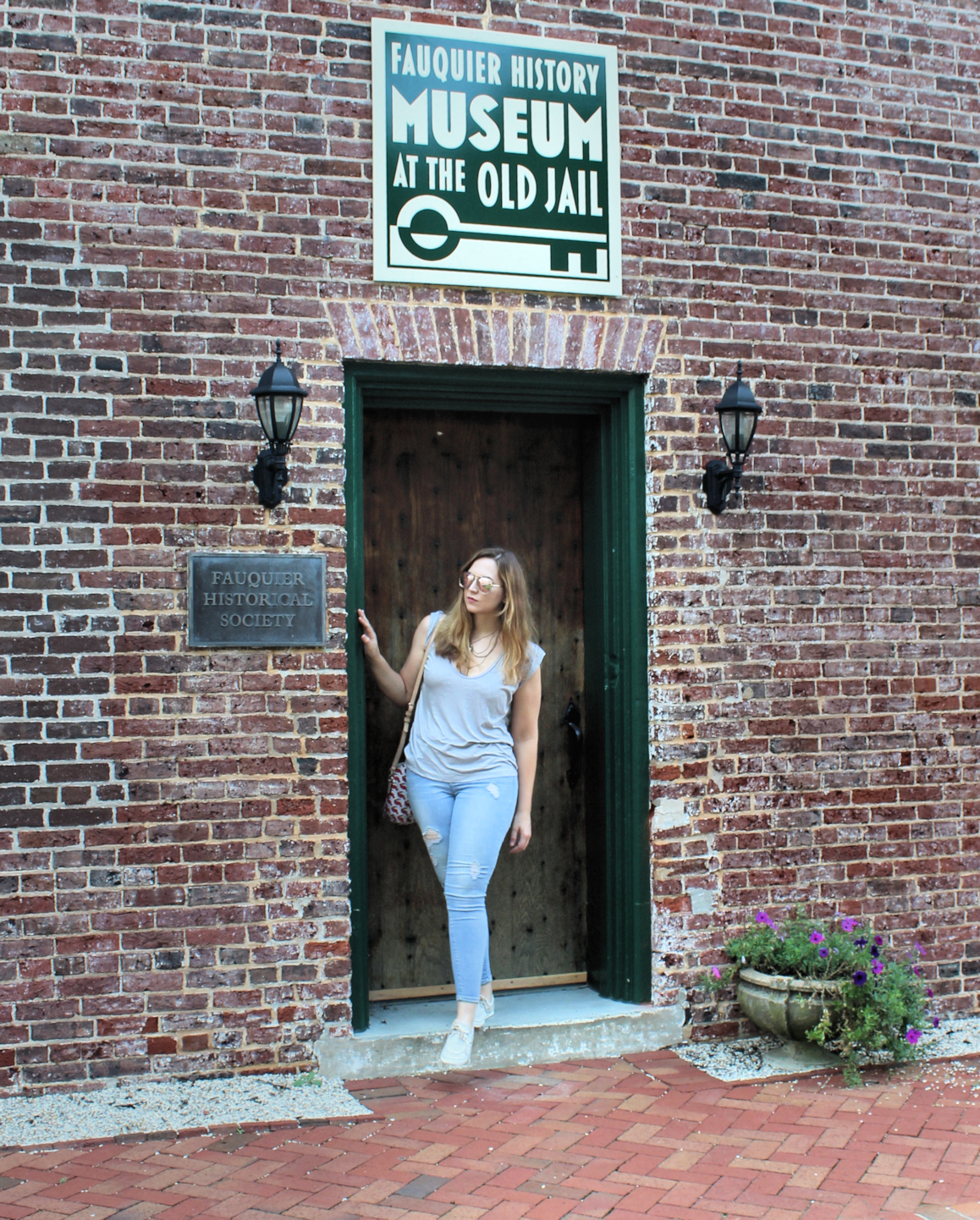 “But, what’s around THAT corner!?”

We were greeted immediately by a very friendly woman, who enthusiastically told us the history of the jail. Once she went over the basics, we were handed a map and left to self-tour.

The old jail is exactly what it sounds like. It’s a building that used to be a jail, turned into a museum. The original building was built in 1808 and consisted of four cells. The cells are approximately 14 by 14 each, and each could hold up to 40 prisoners. Just hearing that made me feel claustrophobic. The cells each had a bucket of water and a bucket for waste. The two on the upper levels were a slight upgrade because they actually had floors. The ones below were just dirt.

Eventually, they decided that was a bit cramped, so they built a second building and converted the first into a home for the jailer. The prisoners would come right down the hallway of the house to reach the prison behind. 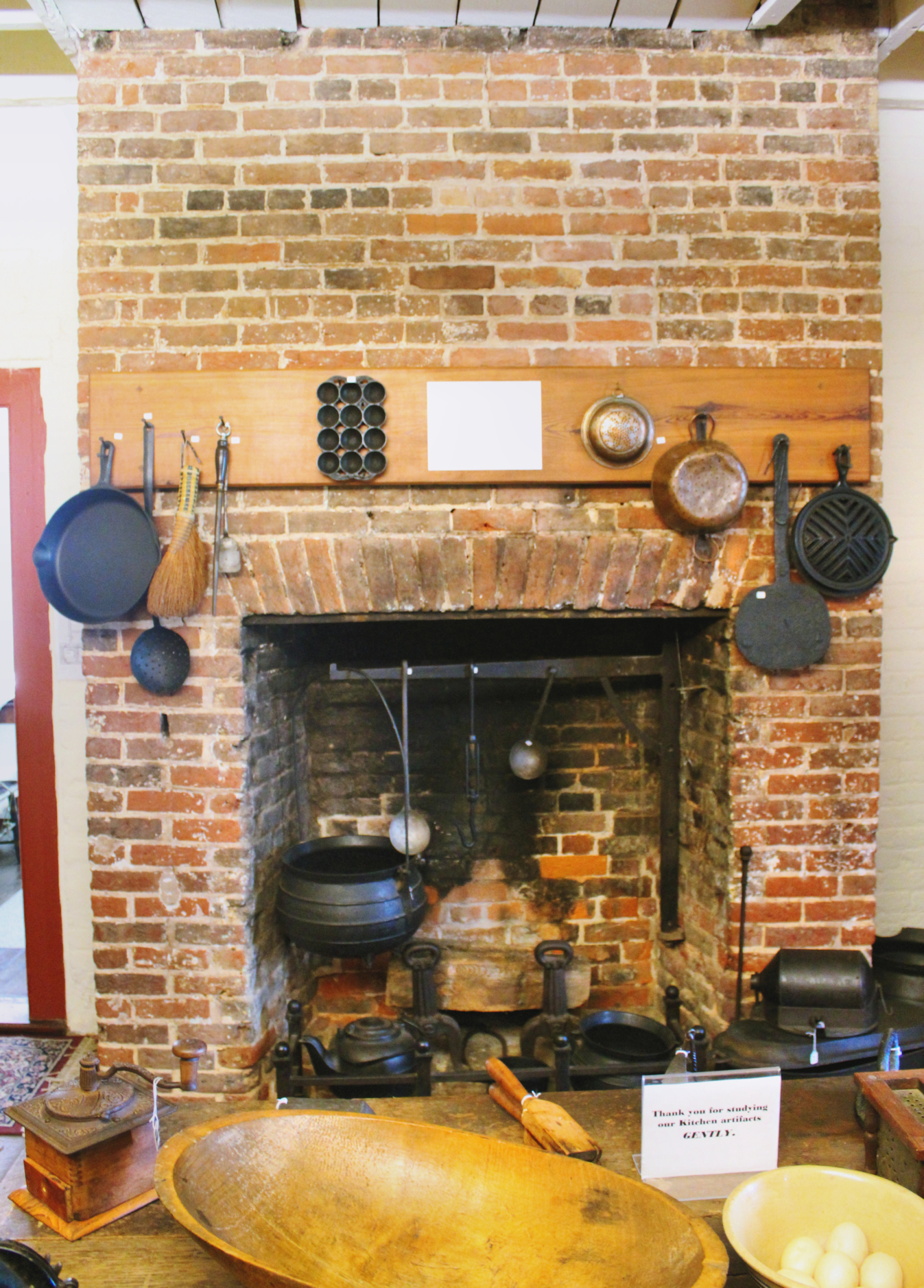 First a cell, then a kitchen. The wife of the jailer was paid to feed the prisoners.

The family must have been tired of having to go past prisoners to access their house, and a second tiny staircase was put in behind the kitchen. 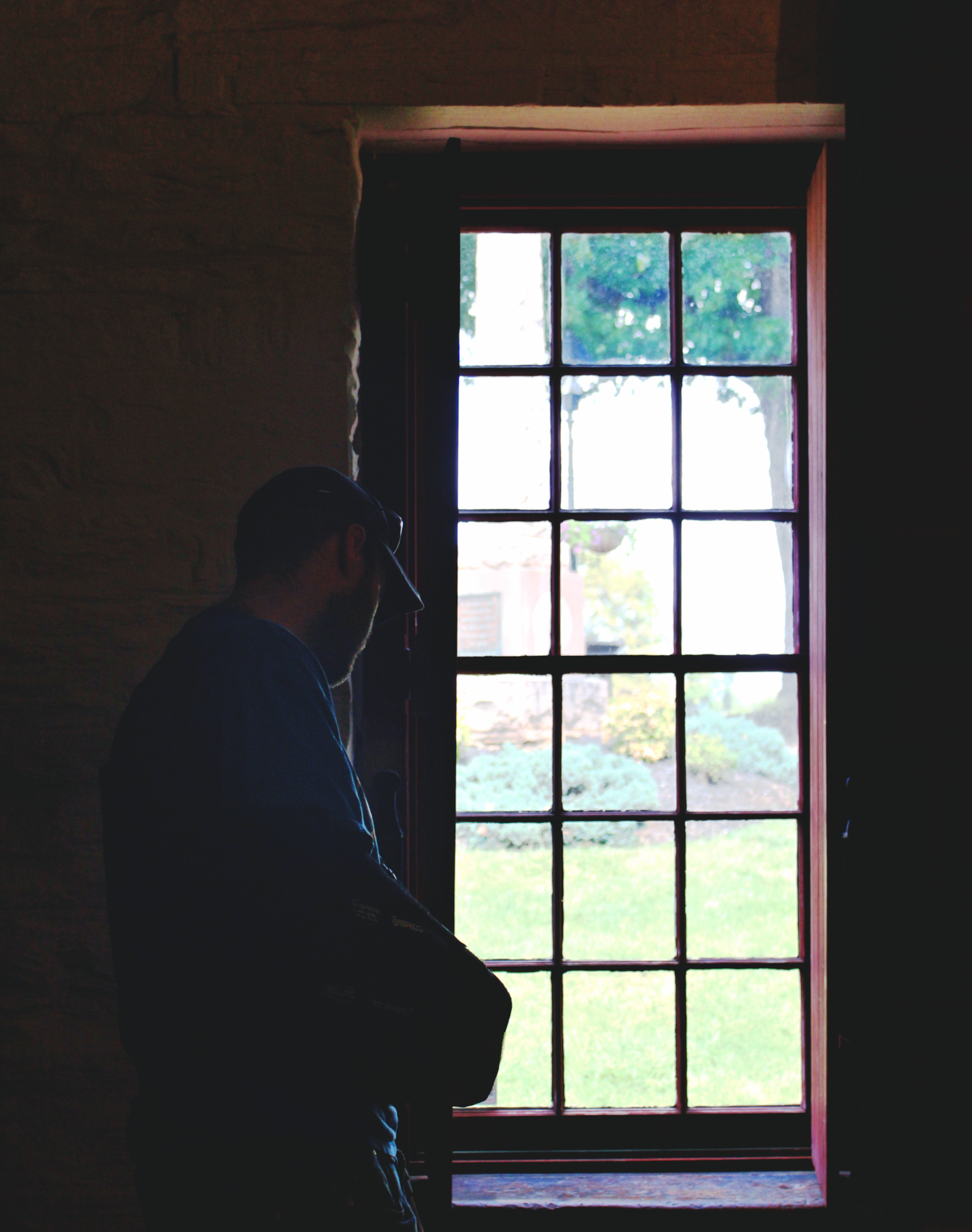 Dave contemplates by the window.

In the second building, the cells were still set up, and there were some manikins for extra creepiness. Behind the cells, the exercise yard… and the ending for some prisoners. 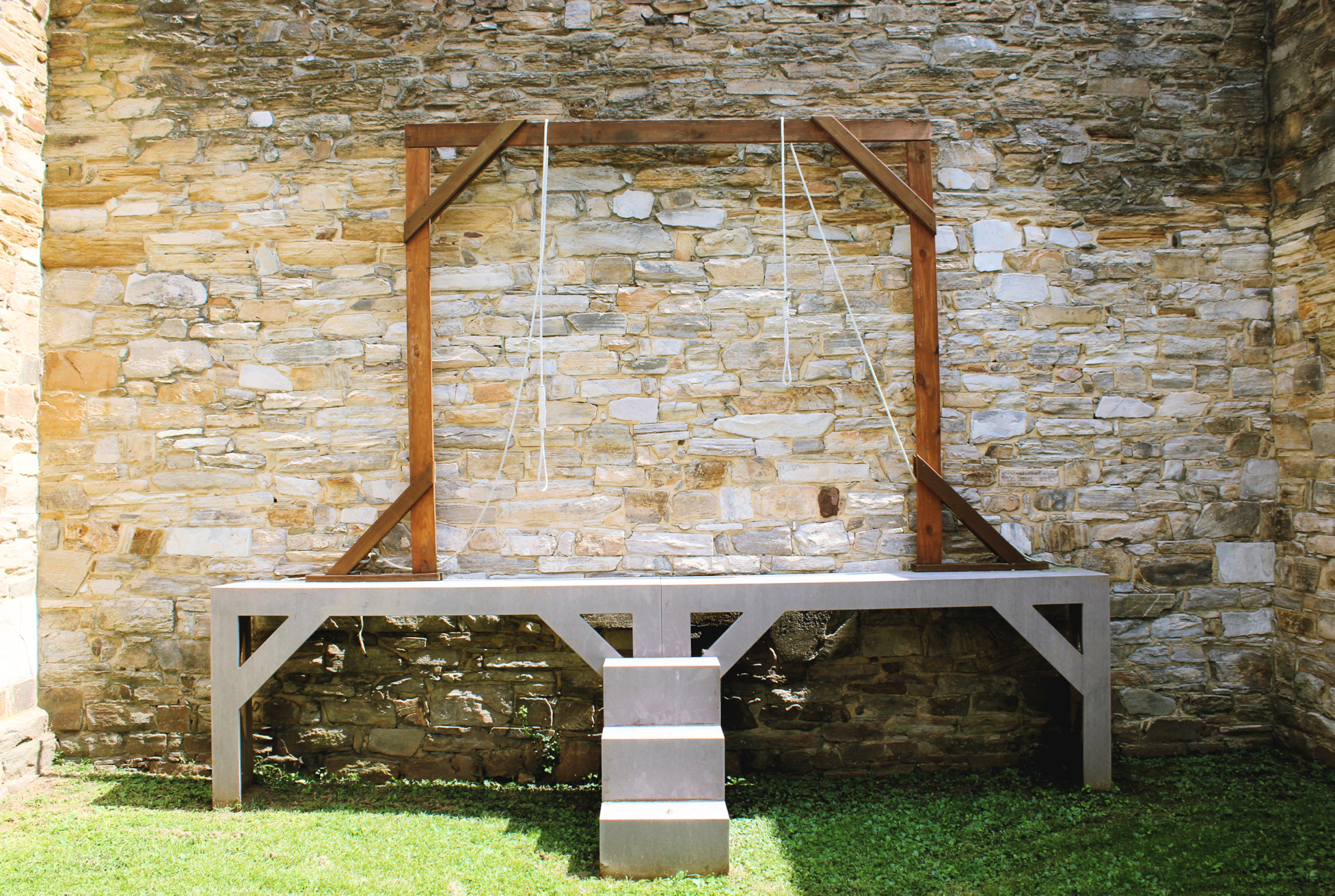 A replica of the gallows in the back courtyard. We were told that for every hanging a new one would be built, enabling the prisoners to hear their own gallows being built.

For those with morbid curiosity, there was a display of murder and crime weapons. It was horrifying to see that a tiny pocket knife included among them. They also discribed some of the more infamous crimes and punishments, including one married man who ran away with a young girl. After a few days, he was caught and brought back, but apparently, adultry angered the citizens so much, they stormed the jail and had him hung immediately.

Other than the history of the jail, they had information about the history of Warrenton and Fauquier County. Virginia was a battleground during the Civil War, and the town of Warrenton switched back and forth many times. Each time, the jail held soldiers of the opposite army.

I thought it was especially neat that they had a paint sample from the jail house walls analyzed. They displayed the results, with approximate years and ingredients of the paints, and found smoke from a fire. There was a big fire in Warrenton in 1905, and they believe the smoke in the paint is from it.

If you’re in Warrenton, the Old Jail is definitely worth a visit! It takes about a half hour, maybe a full hour if you read everything, and it’s only $3.50, so not exactly a bank-breaker. I also put myself on the email list to hear about ghost tours when they start up. Although I am a complete skeptic, it could be fun!