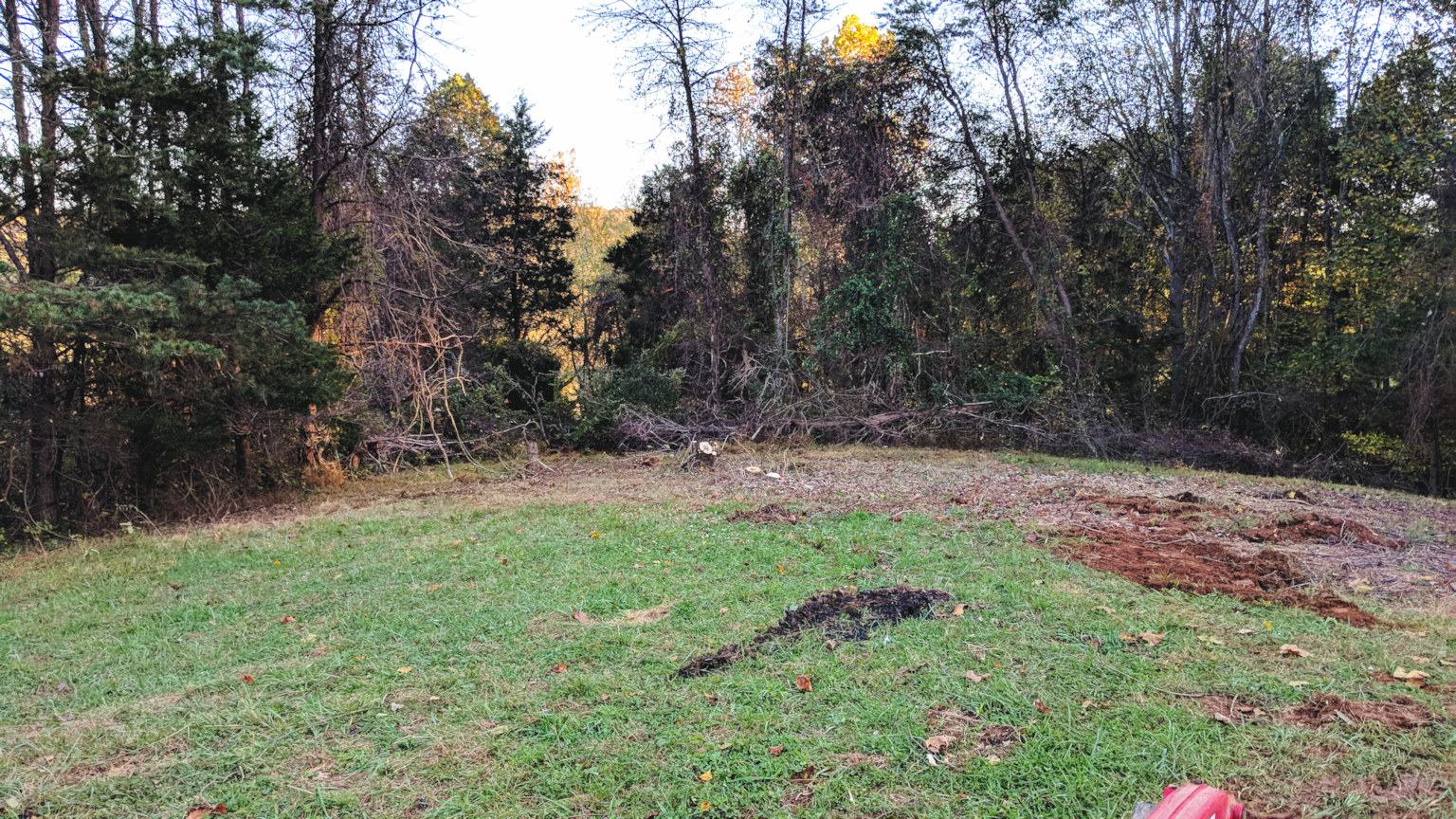 It’s still ongoing… but maybe the end really is in sight! 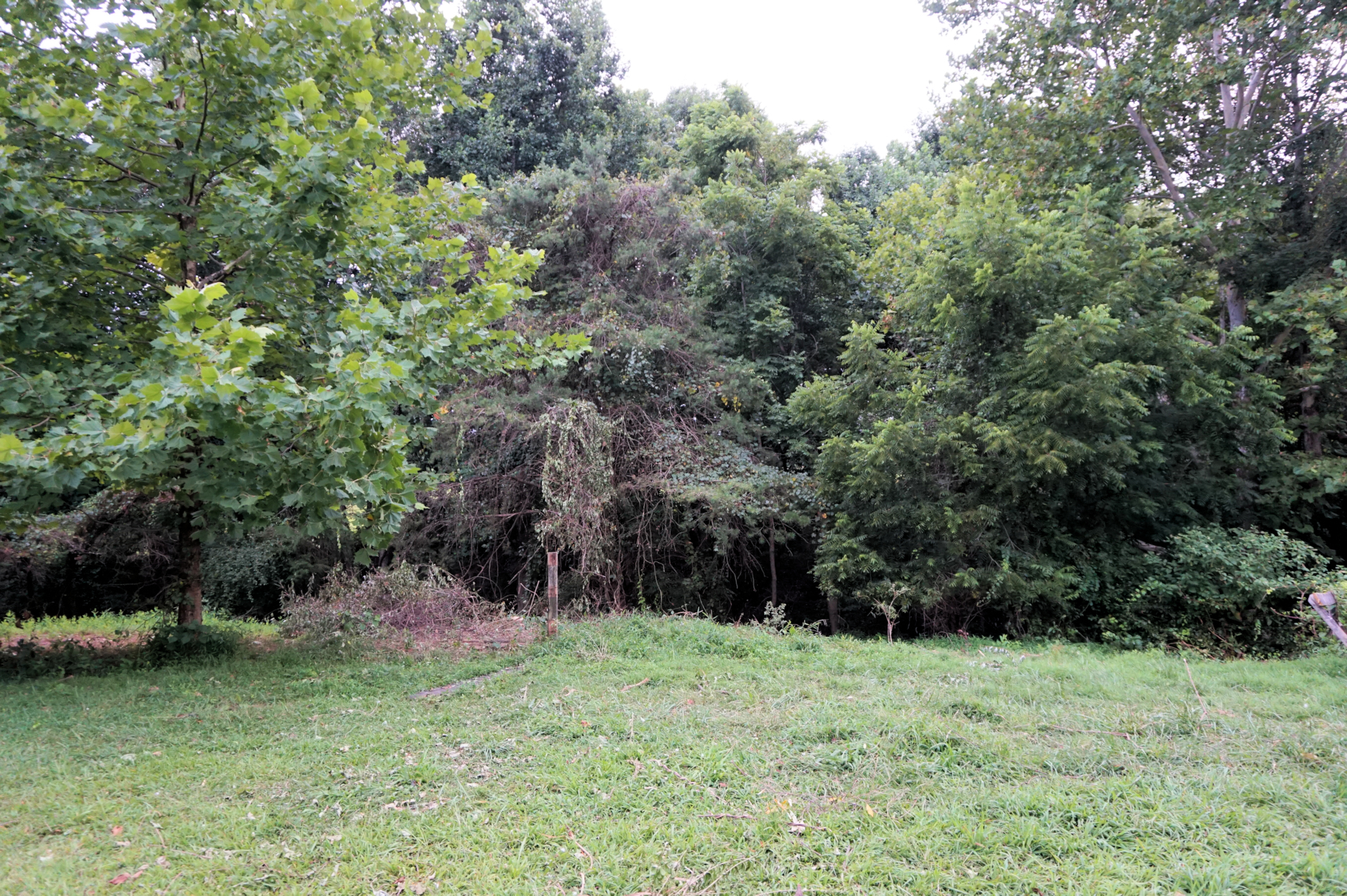 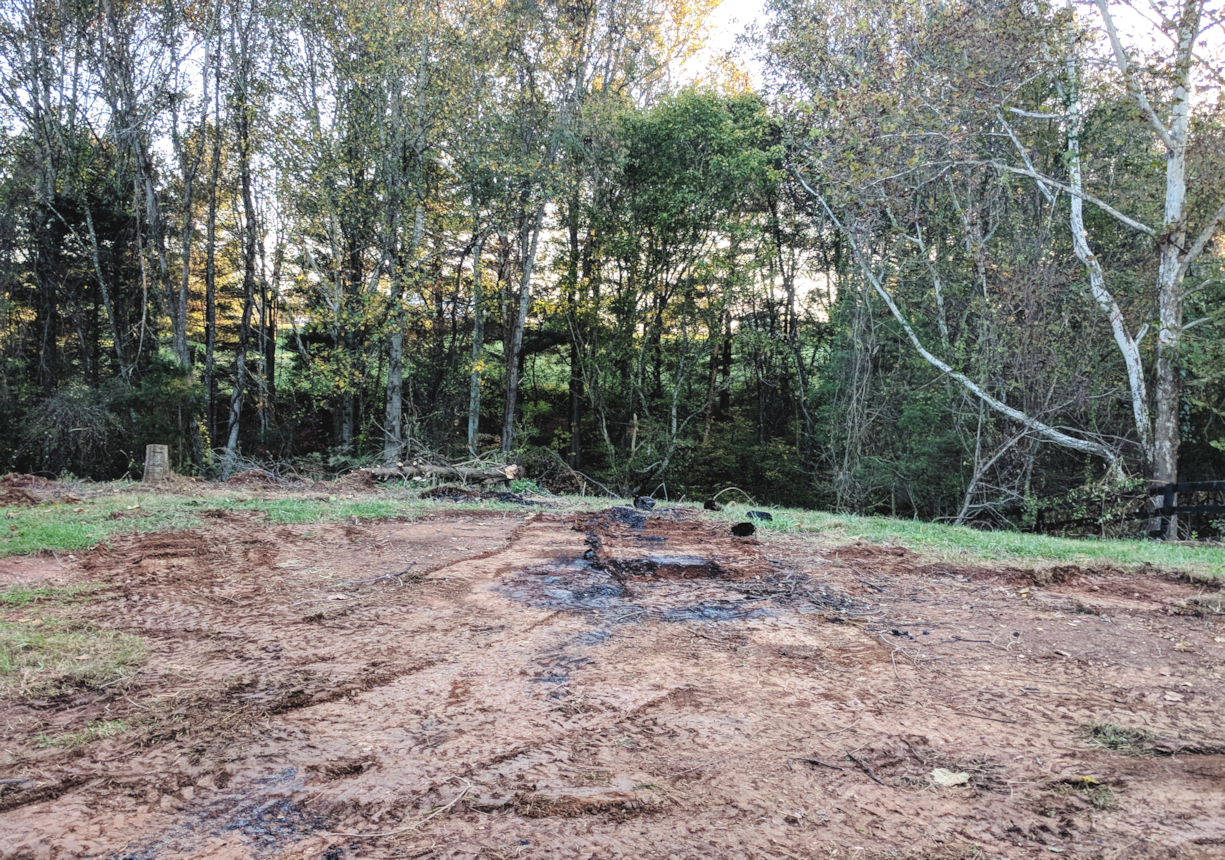 Light is visible through the trees! I can see the neighbor’s property now!

Still left to do: finish disposing of downed trees, level out that patch of dirt for the new shed, install the new shed, and put up the electric band fence. We have until Dec 1. Is it even possible?! (man, I really hope so!)

I also had another chainsaw mishap, and now my chain is stuck in yet another tree. 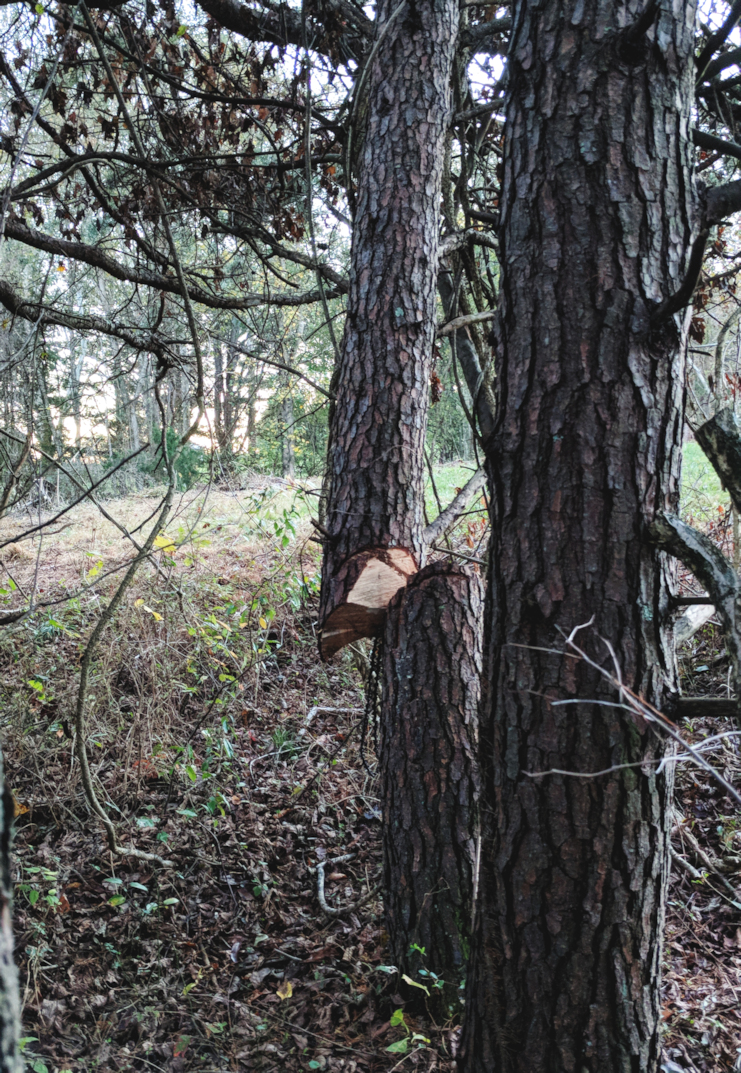 Why won’t you just fall already!?

This tree is completely detached, yet it will not fall. Some trees just don’t know when to let go. Or be let go, as this one is being held up by obnoxious vines. As a semi-experienced logger, I am confident in saying vines are what make logging dangerous. In fact, I think I said that last time I posted about this.

This tree has been clinging to its half-life for three weeks. I keep expecting every storm we have to knock it down, but despite heavy wind and rain, it remains upright. I’m going to have to take another chainsaw to it, hopefully without ripping the chain off again. Its needs to fall sooner, rather than later because I don’t want it falling when little baby horses are around it.

The deadline is dangerously in sight… need to hustle to get everything done!