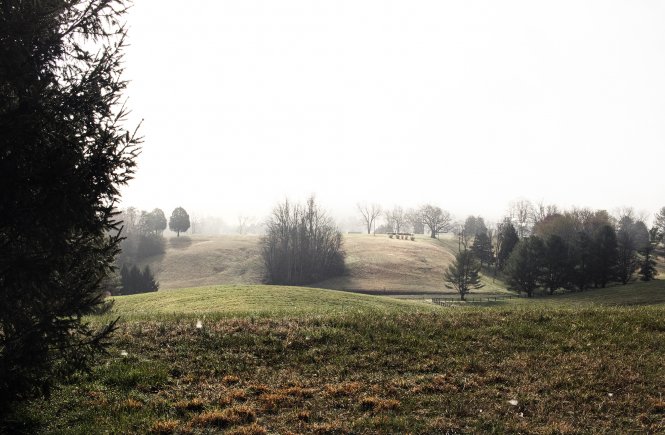 How’s quarantine life? I’m glad you asked! It turns out I’m one of those people who was already living a life in quarantine. The only changes are that I’m not making plans for the weekend or going to the gym. I really miss the gym. It was part of my routine, and it made me feel good. Naturally, since I was feeling like I was actually making progress toning up, I can no longer go.

I’m also out of my favorite coffee and soy milk. Our grocery stores were one of the many casualities. I’m now drinking instant coffee, which isn’t too bad with ice and milk, but it’s not my amazing cold brew. And I’d rather drink it with soy milk, but noooo, everyone decided they wanted soy milk too. There were (and may still be) people lining up outside our grocery stores every morning, waiting for them to open. I truly don’t get it.

But looking on the plus side, I can now spell quarantine correctly. All my recent practice paid off!

I’ve been forced to do something I really didn’t want to do – jog. I hate jogging. It is the worst. But what choice do I have? There isn’t much else I can do, especially without having childcare. At least with jogging I can strap the baby into the stroller, give her a biscuit, and then listen to her coo for a half an hour. (She’s a big fan of biscuits, and likes to whisper sweet nothings to them while she eats.)

I do enjoy the view, though. I’ve started taking my camera with me and taking photos of random things I see. It’s a good way to get exercise and practice photography. Hopefully the neighbors don’t mind!

But in all seriousness, I need a better routine. I was working so hard at the gym, and now it feels like I’m losing it, and way too fast. It’s a bit depressing. If anyone has any recommendations for home workouts, please let me know!

I am getting exercise in the form of horrible manual labor. I had to fix that fence Stu broke, and it turned out to be quite a task.

To be “fair” to Stu, it was a weak part of the fence. Because I don’t shake my fences regularly, I didn’t know that the post was so loose. I’m going to add regular fence shaking to my farm tasks.

I assumed it was rotted through in the ground. I decided to take it out and put in a new post, which is really not hard. Dig a hole next to the old one, remove attached boards, pull out rotted, pop in new, reattach boards. Simple.

Instead of the simple process, I’m now trying to dig out a piece of cement. I spent an hour and a half trying to get it out before I decided I was defeated.

I put the new post in next to the cement, approximately 6 inches from where it should have been. Now all I’ll be able to think about is how off center my fence is, until I forget completely about it, probably in about two days.

She loves music and dancing. She gestures at the Alexa to ask me to put on music, and then she’ll dance to it, tap her feet, or start clapping. I guess she’ll need to go into dance classes! 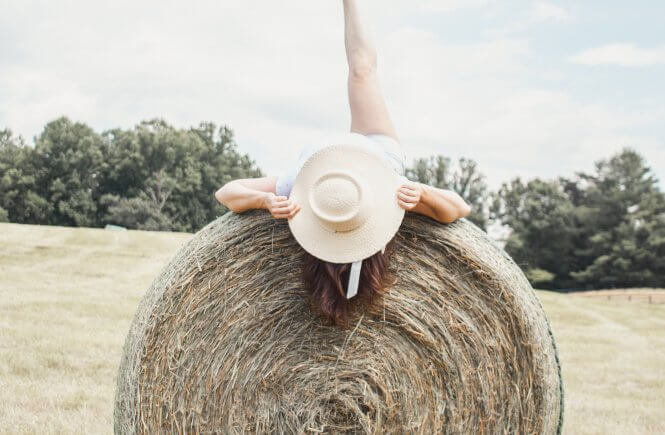 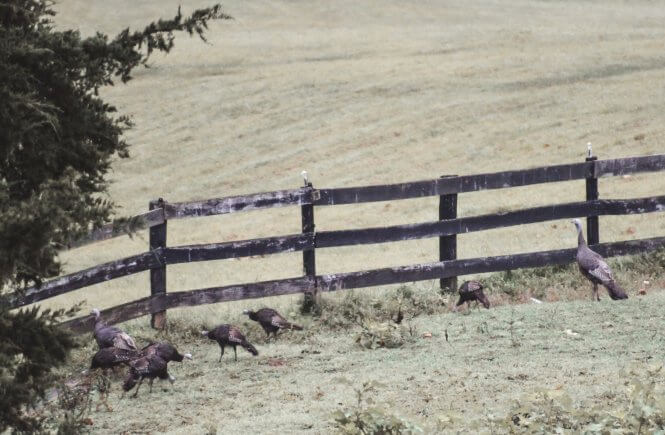 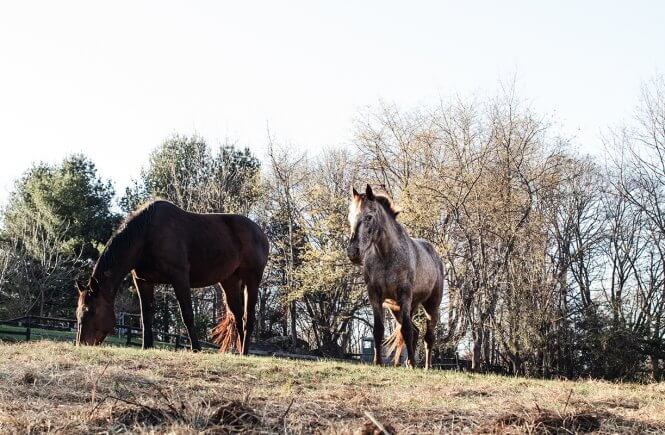