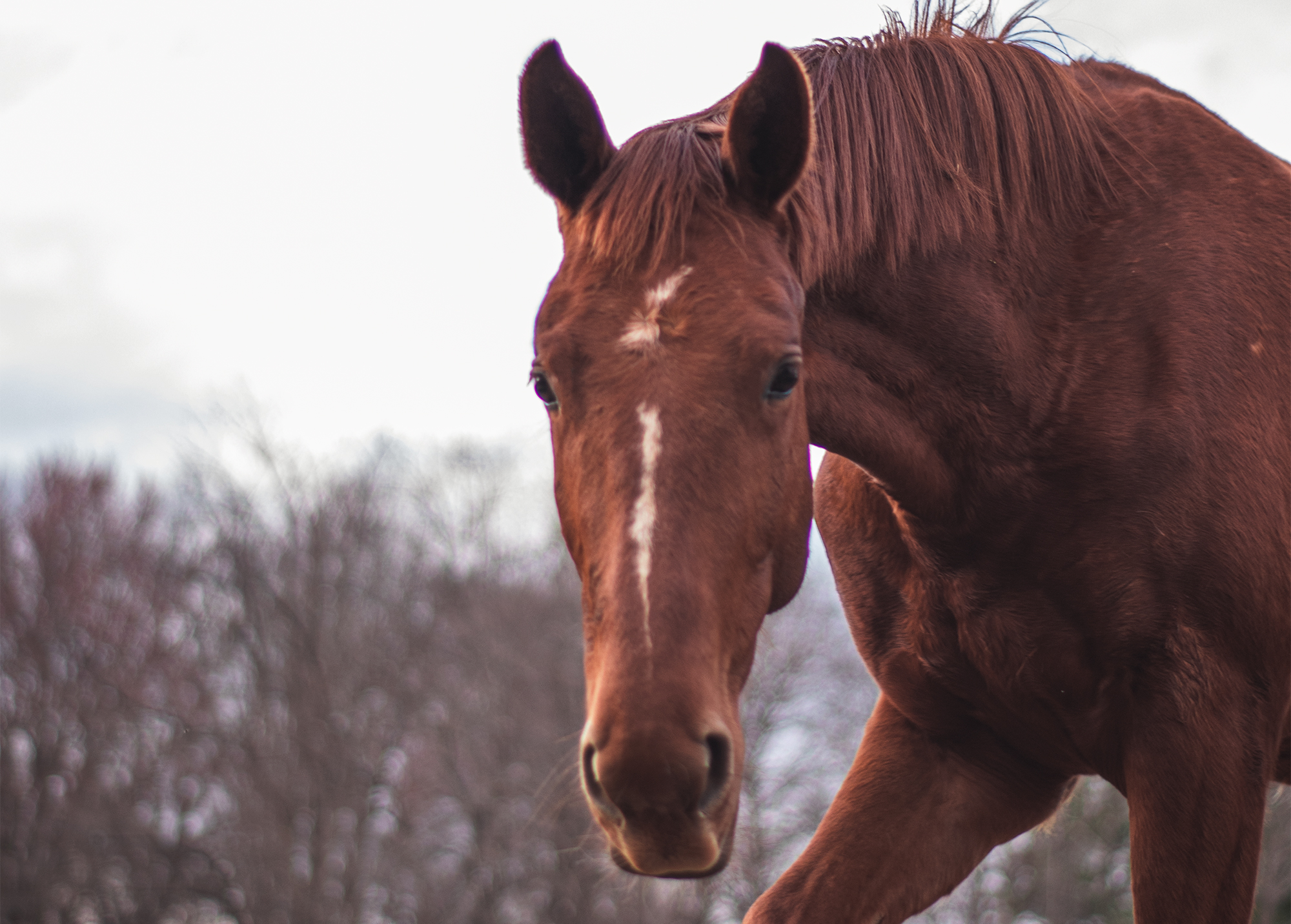 After a week of Stu’s antics, I was ready to sell him. I was almost ready to give him away to the first person who said they wanted him. Not only did he knock down a fence to get to the mares, he learned from that experience how to knock down fences. In total, he took out three fences in less than a week.

The first section of fence was taken out by a technique of body raming and hooking his front legs on the boards. He tried it again, while I was standing there, having literally just finishing repairing the fence. Luckily I was able to stop him.

After he broke the section of fencing, he, or someone, else jumped the fence a few sections down, very poorly, likely trying to join the horses that got free through the other broken section, creating two broken sections. To look on the bright side, I guess I could be impressed that one of my horses nearly cleared a three board fence. Too bad I don’t know which one… although since they took down the top rail, I guess they weren’t really that good anyway.

Luckily the neighboring field is completely fenced in, so there was no actual danger of them escaping. (Although my neighbor told me later there were lots of ground hog holes – yikes). The only solution I could see to contain this horse was to put up electric fencing. I let the horses run around while I made an emergency visit to Tractor Supply to get electric fencing. Thank goodness they are still considered an essential business!

When I returned, I expected to just leave them there while I fixed the fencing, but Berry and Stu came right up to me, both covered in sweat, with Berry looking exhausted. She actually popped right back over the broken down fence on her own and reunited with Pony, who hadn’t figured out how to get over the fence. Stu followed her, but then turned around and jumped back out of the pasture.

Vintage, who I had counted on before to be the reasonable one, ambled up the fence. She couldn’t figure out how to step over the remaining bottom board though, so I haltered her and began to led her over it, figuring Stu would just follow like he followed Berry. It was the begining of what would have been a comedy act if it wasn’t so deadly serious.

Stu, who I have never hated so much as in this moment, decided he was going to play with Vintage while I was leading her. He was biting her, ramming her, kicking out, and rearing. Vintage was kicking back, trying to get away from him, and also trying not to run into me. I was trying to get Vintage away, fend off Stu, and get her over the fence so I could release her to get away. Somehow, all this cobbled together did result in her in the correct pasture, released, with Stu following. And somehow I didn’t get kicked by a horse.

Now reunited, everyone took off with joy. Moments later I heard Berry in the water trough. She needed some relaxation after such a hard day.

Repairing the fence and running electric wire gave me several hours to think about how annoyed I was by Stu. From my perspective, I had an unruly horse who was now literally destroying property, and desrespectful enough to be dangerous.

But from his perspective – he’s a young horse, three months away from being 3 years old, bored and looking to play. He’s also smart – much smarter than his TTouch profile would suggest. It took him one time of “accidentally” taking down a fence, and now he’s decided taking down fences is actually a skill he’d like to develop further.

Really, I had only two options – send him to a trainer, or act like a trainer myself. The easiest solution would be take him to a trainer, and really, that would probably be the smartest. A trainer, in theory, would make him a safe and respectable equine citizen, plus, I could hold them accountable, instead of myself.

But… it would feel like I gave up so quickly, after not even trying very hard. Honestly, I have been giving a half assed effort, not a full effort.

The second option was to double down and TRAIN THE DAMN HORSE. I have been working with him lightly, but I could do better.

A third option, which I definitely considered in anger, was to immediately get rid of him to the first person who expressed mild interest, but as I thought about the good qualities that this experience actually brought out of him, I realized I really would be giving up.

I contacted a trainer, but as I was waiting for their reply, I decided I was going to work with him, pushing him and myself, and see what became of it.

The evening, I pulled him out, and in everything I did, I was extremely firm. He was to stand motionless while I got him ready. Check. He was to follow me at the speed I choose to the arena. Check. He was going to lunge. Check.

I got after him for anything that wasn’t satisfactory – no more making excuses for him, or thinking he wasn’t capable.

Well, he did it, and he behaved. Despite it taking so long to “teach” him how to lunge, he definitely understood it faster when I make his feet move. He did throw a hissy fit at one point, rearing up and trying to pull away, but I got after him immediately for that.

He became a docile, submissive horse, quietly doing what I asked. Afterward, he stood quietly while I groomed him, not moving a muscle, in a relaxed, submissive posture. I was actually really surprised, both in him, and myself. I could have done this at any point, why did I let it go on so long? He clearly craves the authority and knowledge of what to do.

With the first session a success, I was eager to try it again, especially before I pull the trigger and send him to a trainer. I needed to know if it was a fluke, or if he and I are capable of building this working relationship.

I pulled him out again, and we repeated the process. This time I started with lunging him on his weak/uncomfortable side, going right. He was not happy with this, but after another rearing, spinning changing of direction, he behaved. I got after him when he was bad, and he understood. We worked on changing speeds within the walk, and he got it so quickly, I felt bad for even thinking he is a mentally slow horse. He’s clearly not.

Turning the Negative into a Positive

What really made me decide to put the effort in was recognizing that he is actually a bold, independent thinker. With no discipline, this manifested as the fence destroying, unruly animal. But with discipline, this could be the bold jumper, brave foxhunter, and trusting equine partner I was looking for. The potential is there, I just need to bring it out.

I needed to realize that the horse is only going to be what I make it – he wasn’t born that way. Seems obvious in retrospect, but sometimes I need a reminder.

I’m not sending him to the trainer yet. I think there’s potential here, and I’m going to see how much I can teach him. If I start having trouble, I will send him, but I think now that we have established who is the dominant one (me, btw), we aren’t going to have as much issues.

However, the fence breaking could still be a problem. If I can’t keep him contained, I’m going to have to move him someplace where he has geldings to play with. I know that would be his preference. But now the fenceline has electric fence. I know that he knows this, because I stood on my deck with binoculars and watched him get zapped (I did get a bit of satisfaction from that). That might be enough to keep him in. But, I also don’t like how rough he is with the other horses. I’ll be keeping an eye on that… I’ll do some research to see if there’s anything possible to do about that.

Hopefully your weekend was more relaxing than mine!