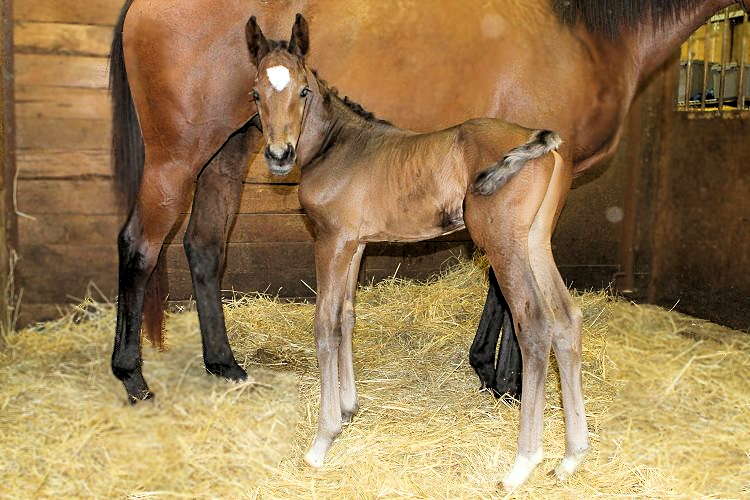 The first foal was born! It’s a dark bay colt, with a big star and three small socks. A few days ago, I was saying that I hoped it was a dark bay with white socks and a stripe, and this is pretty close, I’ll take it as fulfilling my exact wish. Not a filly though, which I was originally hoping for. But, I don’t think that bothers me too much. I’m okay with a colt. 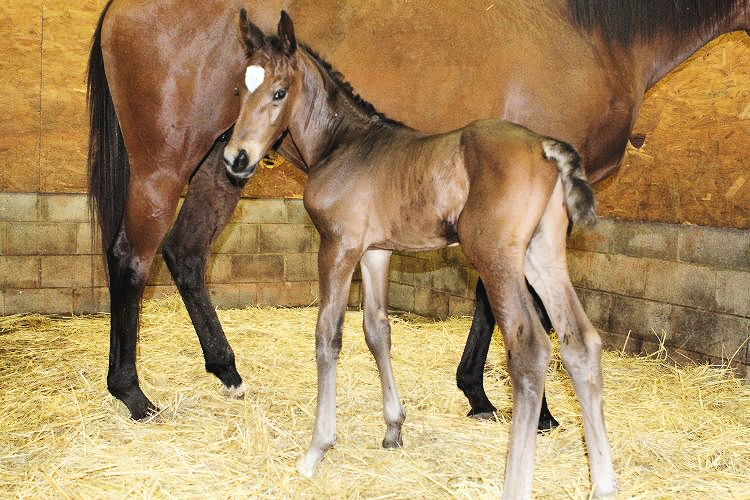 But it does add to the complication that I didn’t come up with any male names. I picked out “Oh La La” as the registered name for a filly, and I was planning to call her Lolly. But that’s just not going to work for a colt. Granted, I know I shouldn’t settle yet, and should wait for the next one to come out. It might be a dark bay filly with socks and a stripe, but the breeder thinks this one is going to be the bigger, and easier of the two. The other one might have some complications due to its recipient mare. 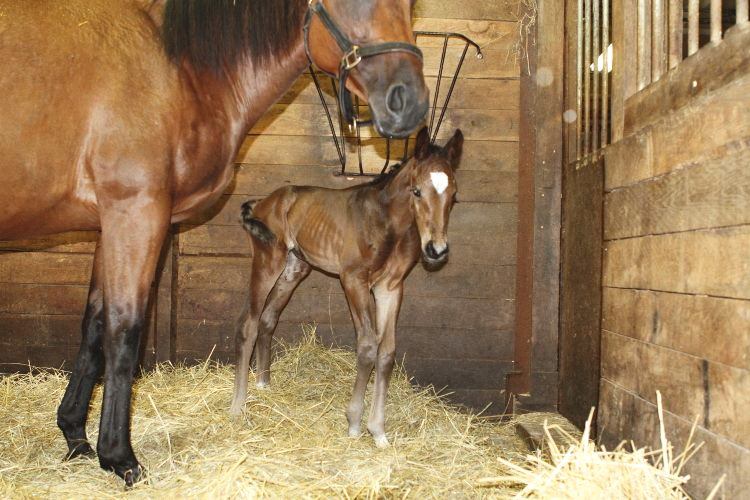 The names that I like the best so far:

My favorite so far is Odin – but I’m not totally sure if that’s going to be my final pick.

Does anyone have any name thoughts? Which of the three do you like? Or, suggest one! Name must start with the letter “O”