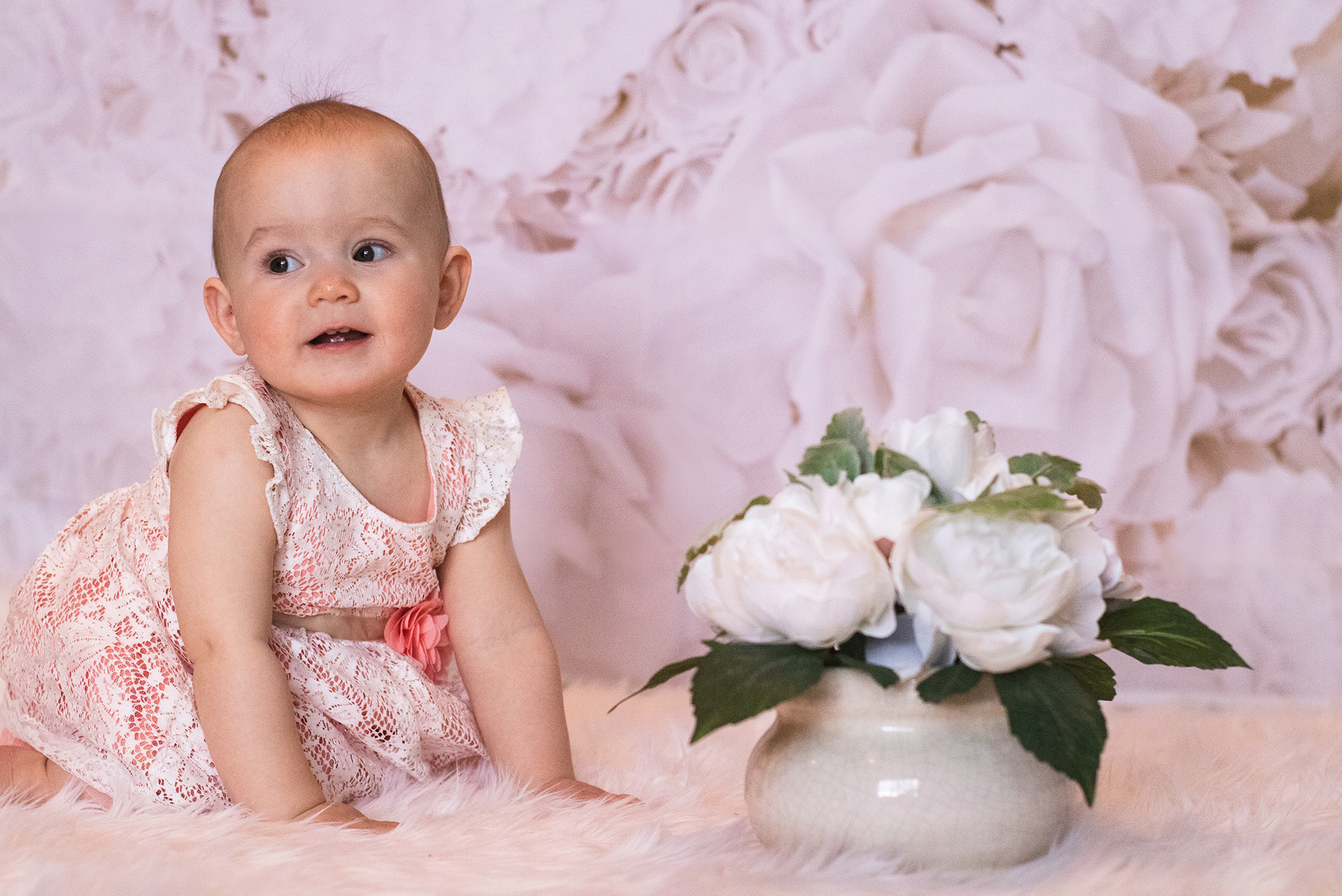 She turned one! I can’t believe it’s been a full year since she was born. The time went so fast.

We had planned on her first birthday party being last weekend, but we ended up canceling it due to the virus. I actually made the decision to cancel a few weeks ago, and it was hard at the time because there was no confirmation of anything going on with the virus. It was difficult to make the call because we didn’t really know what was going to happen. Since then, many cases were identified, and our governor banned gatherings of more than ten people, which would have included her birthday party.

Instead of a party, we just did all sorts of things that Bridgette likes. She got to eat her favorite foods, we spent lots of time walking around outside, and played her favorite games. There were lots of baby laughs, which is one of the best noises in the world.

Then my mom mentioned she thought we looked alike as babies (as one would assume, since I built her). But I decided to compare photos.

I actually don’t think she does – I think she looks more like her father. In fact, I would venture we look almost nothing alike!

I don’t even know how it’s possible to doesn’t look like me, because, as I said, I’m the one who made her!

For comparison, here’s a low quality photo of her father and her. I think they look very similar.

I wish I had a better image to compare, but it seems Dave was not a model as a baby, unlike me. Fun fact about me, I was a model as a baby in Greece. This images are all from that time. But it wasn’t because I was particularly attractive – apparently what made me a good baby model was that I would listen to directions, unlike the rest of those non-listening babies.

It’ll be interesting to see how she grows up. I can’t even imagine what she’ll end up looking like. It’s kind of like watching a horse grow up – when they are so little and gangly, it’s hard to imagine them as anything other than their foal form. And then suddenly they are grown up, and you can’t even remember what they looked like as a foal.

Which is why I try to get lots of photos – I don’t trust my memory.

Hopefully we will be able to have a birthday celebration once this is all over. She’s not going to remember if her party actually took place on her birthday or not.

The best part about her growing up… she’s almost ready to start riding!! Of course, she can’t actually ride, but she can start with some pony rides and see how that goes. Maybe that will end up being her actual birthday celebration!