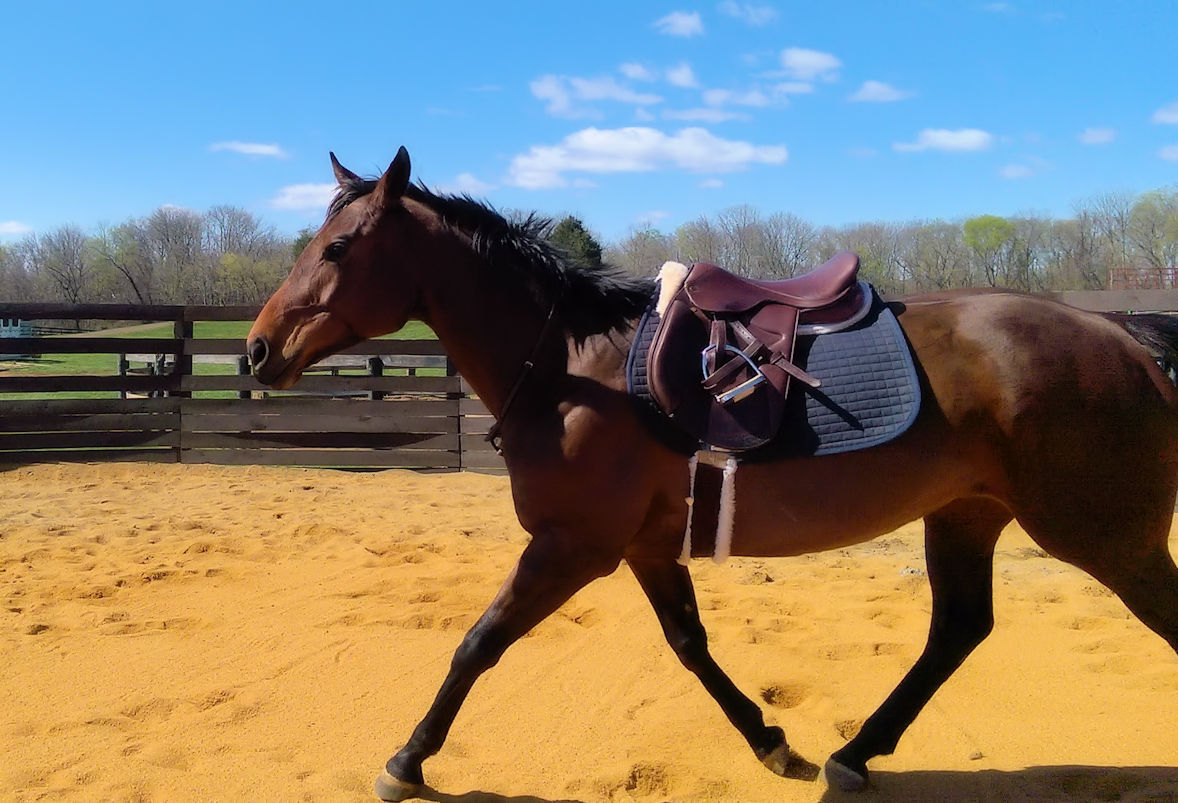 Except I admit it, I totally did give in, because my trainer told me to go round pen my horse. See, round penning/drugs are okay when a trusted adult tells you to do it.

I showed up for my lesson, and it was crazy windy, so my trainer said we should lesson a different day, and also to get off her lawn because she had a client coming to look at a horse. Okay, not really, what she really told me is to go round pen Berry to make sure she’s chill, and then go hack her around. But she did say to get off her lawn so she could show a horse to another trainer, I could use the ring after.

Very well, I shall round pen my horse, based solely on what I have seen other people do, and what I remember from watching The Horse Whisperer.

I brought her over to the pen, and pulled off her bridle, because it looked precarious with all that flapping leather. I tried to make the stirrups less flappy too, but apparently my expensive stirrups are the kind that refuse to say put when wrapped up. What purpose do you serve, expensive stirrups?!

Expecting Berry to take off and snort and stuff due to the wind, I released her into the wild. 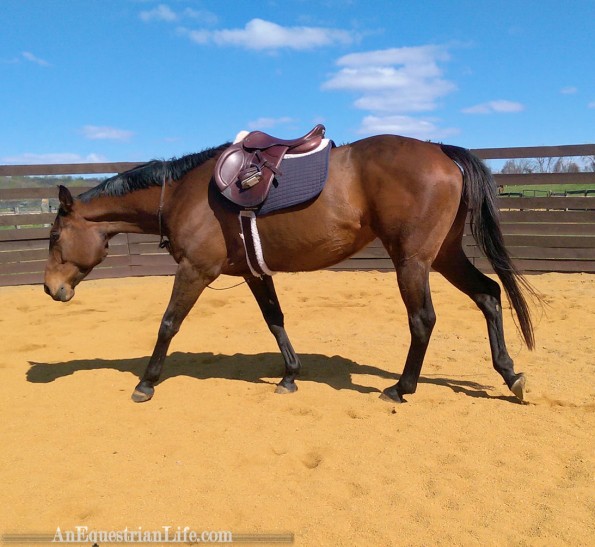 “I guess I’ll walk this direction.”

Apparently I forgot what kind of horse I own. My hot blooded, crazy thoroughbred was really showing her colors here. 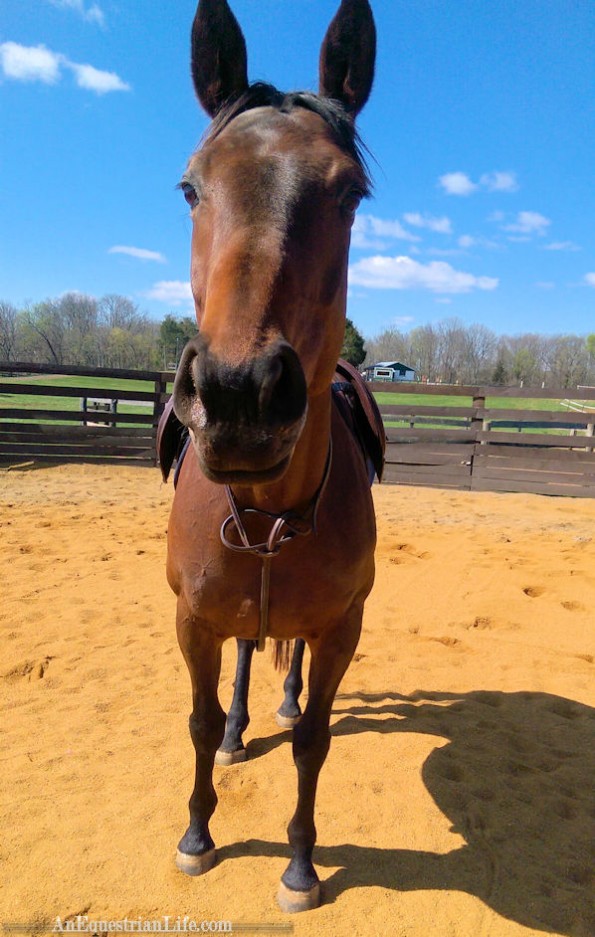 “Please explain the purpose of this exercise.”

With some encouragement, I got her to trot. 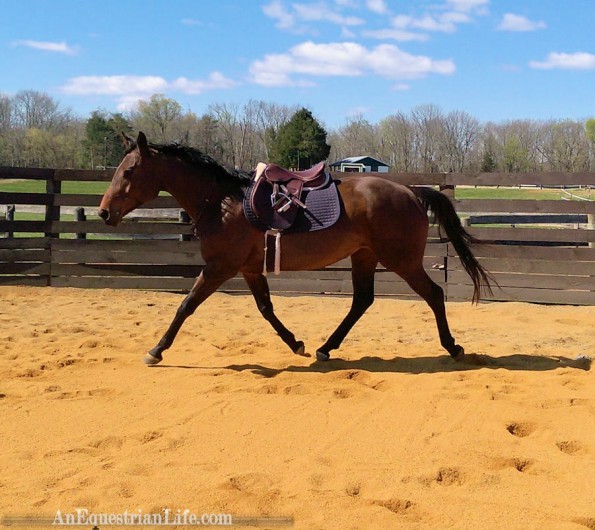 “You seem to really want me to trot. I guess I can trot.”

I had her trot around, which she seemed fine to do. I’m so soft hearted that I start to think she’s getting tired after like 5 minutes. “Gosh, you poor, poor horse, you look like you’ve been working hard, let me just untack you and rub you down.” This is why my horses hardly ever sweat (and also why when I go to shows, I can only do three classes before I’m afraid my horse will collapse in exhaustion.)

But look at her, she was so tired! 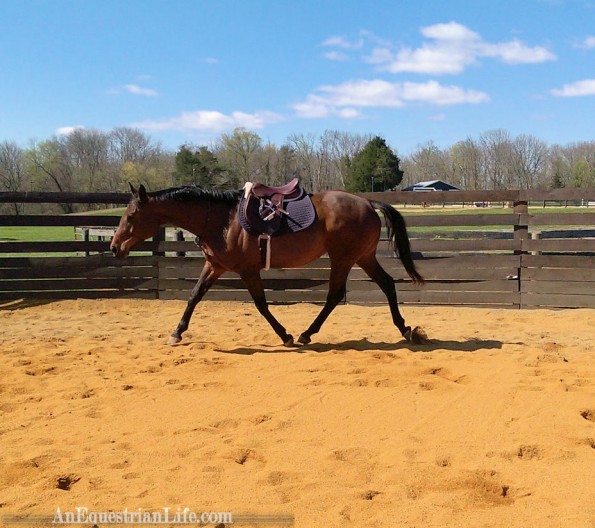 I think she might have potential in western pleasure.

Despite feeling like I was committing an act of animal cruelty, I got her to canter. It took some encouragement, but she did it. 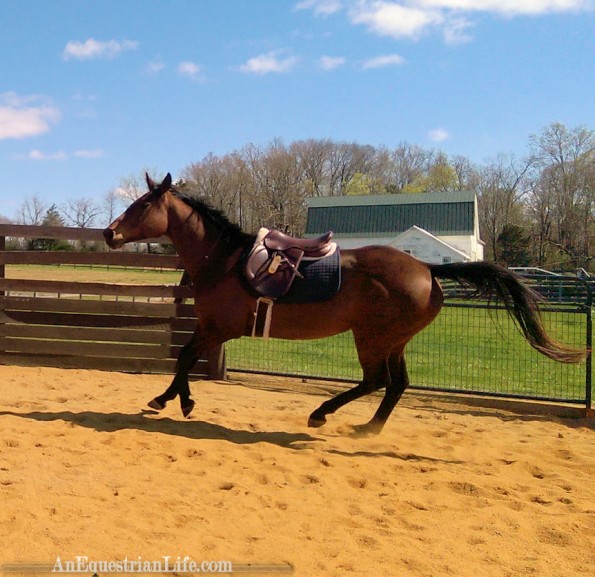 Could she be slightly excited at this point?!

The answer is no, she was not excited. I had to keep asking her to canter ever 3 strides or so. She was not feeling it. 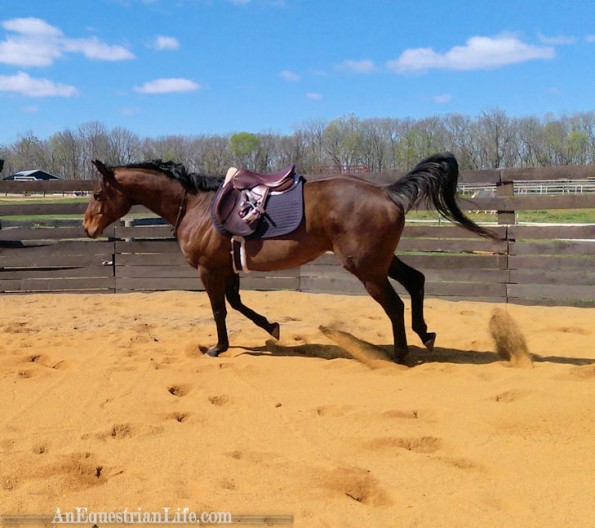 I did work  her both ways, but eventually, she just worked so hard I had to give her a break. Poor, poor hardworking Berry.

I stopped asking her to do anything and watched the horse being shown to the other trainer. Berry decided to watch, too. 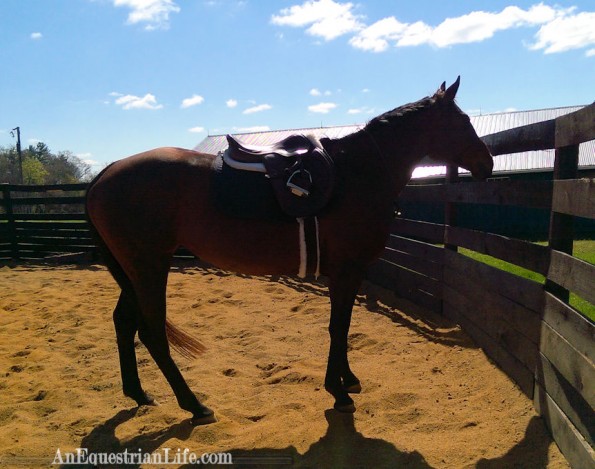 “Hmm… yes, what that horse is doing is way more interesting.”

And then we ran out of things to do, because I have no idea what I’m doing in round penning. We w/t/c both ways, and then she started following me around, just like The Horse Whisperer. My saddle doesn’t have a horn, so I was not able to lay her down, but I’m thinking that wasn’t needed. But I dunno, could have been fun I guess. Except for saddle damage, which is never fun. 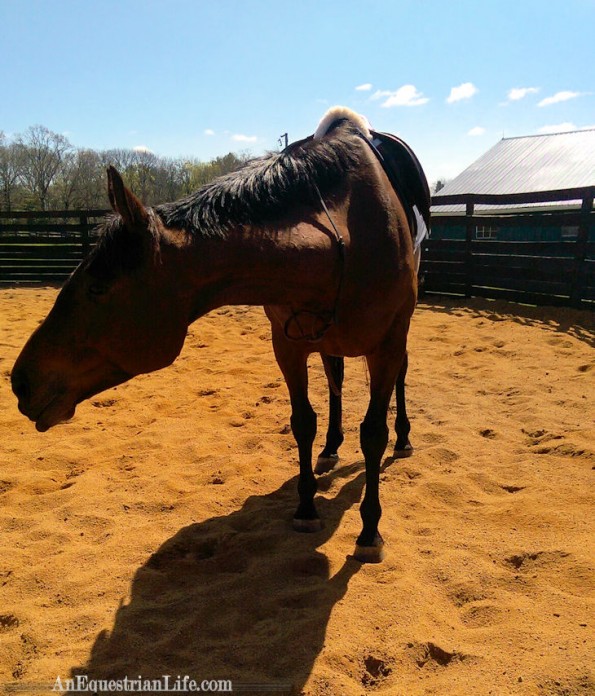 Since I truly had no idea what more to do, I decided just to stand in the barn until they were done showing the horse. Luckily, they actually finished while I was walking to the barn, so I was able to just mosey on up to the ring and hop on.

The wind did not effect Berry, at all. She was totally indifferent to it. In contrast, however, I rode her the day before and it started raining, and she started bucking. Because heaven knows when the last time rain drops fell upon her delicate coat. She didn’t buck for long though, she’s way too lazy. And that also could be why she did nothing in the crazy winds – it would simply require too much effort.

I even dropped my stirrups and trotted around, and she did nothing. That didn’t last long though, because I am terrible at riding without stirrups, and Berry is the bounciest horse I have ever ridden. But still, 30 seconds of no stirrups is better than no no stirrups time, am I right?!

Oddly enough, although she was worn out from the round penning and then getting ridden, she was still spooky at some new jumps that appeared at the side of the ring. “What devil contraption is that?! I refuse to go near that side of the ring!”

I’m guessing I was supposed to round pen her a bit more… than it wouldn’t have been an issue. Oh well…