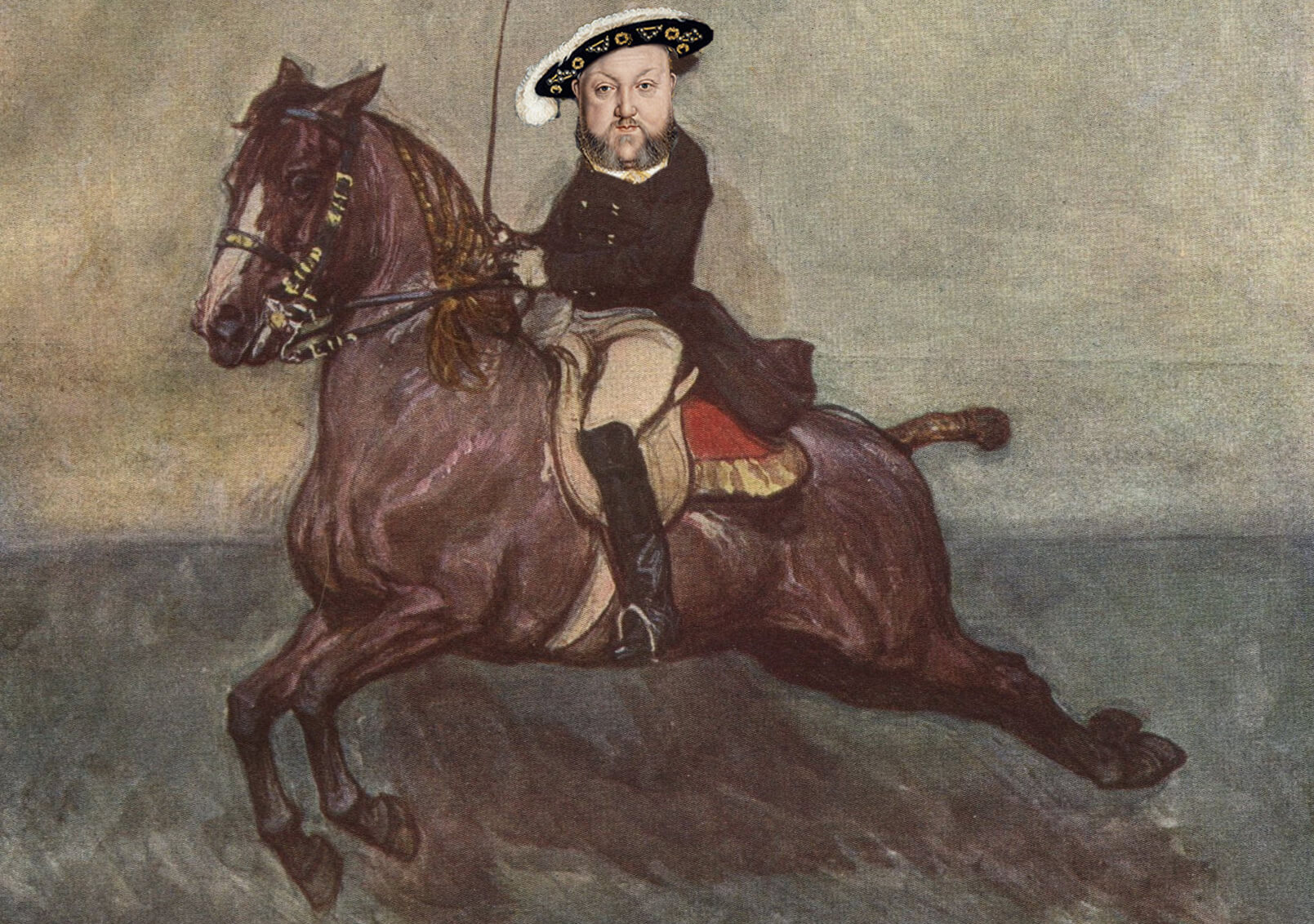 We’re doing something a little bit different here today. I bet no one was expecting this topic to come up. I wouldn’t have expected it either until I happened upon a video that peaked my interest. On the Weird History YouTube channel, there’s a video “Things You Didn’t Know about King Henry VII.” Short of stalking the man, I didn’t think there was much I didn’t know about him. I had all the basics down, as I’ve read about him, read about his wives, and watched all the TV shows that come out about the entire Tudor/Lancaster/York family.

So I said, “Okay sure, SURPRISE me,” and watched the video.

I was a little surprised, particularly at the claim that led me down the rabbit hole:

Just to make sure we are all on the same page, King Henry VIII ruled England from 1509, aged 17, to his death in 1547, aged 55. He is most famous for having 6 different wives, and for breaking away from Rome to form the Church of England.

He may have put two wives to death, and countless other political rivals and enemies, but he was considered attractive and athletic in his youth, and a great horseman. I had known he was a horse person, I just didn’t know the extent of it. It’s also been theorized that all the falls from his horses caused brain damage that may have contributed to his ruthlessness, so, there’s that…

An Introduction to Dressage in England

Since the very begining of his reign, everyone knew the best way to get into the King’s good graces was to gift him a horse. Even Queen Katherine, in the first year of their reign, beseeched her father to send the king three horses, and as quickly as possible. He amassed a stable with up to 200 horses, many of them imported from Europe, others gifts.

In 1514, Francesco Gonzaga, Marquis of Mantua, a famous breeder of horses in Italy, sent four horses, three of them broodmares, to Henry, the first classical dressage horses he had seen. Described in the Mautuan archives as, “the flower of our stables,” they were put through their paces in front of the king, and he remarked, “[…] I have never seen better animals.”

Henry trained classical dressage with Italian riding masters. According to a Venetian ambassador, Henry was a “capital horseman,” training for hours, exercising them regularly, and using the newer method of training horses through kindness rather than punishment. Up until this point, and unfortunately for some time after, it was very common to use pain and punishment to make horses obey.

While the haute ecole moves were said to have originated from warfare, it’s unlikely they were ever used in war as it would have exposed the horse’s underbelly to foot soldiers. Instead, Henry showed off his dressage training at tournments, like one at Greenwich in July 1517. He “performed marvellous feats, mounted on magnificent horses, which they made jump and execute other arts of horsemanship.”

When Henry came to the throne, the quality of English horses was low. Although horses were very common, both for work and for the pleasure of the upperclass, foreign observers commented on the weakness of the native breeds.

Before the War of the Roses (1455-1485), there was a state breeding program. The country needed warhorses, so they needed a source of them. On a network of estates belong to royal castles, each castle was required to keep a number of broodmares to be serviced by royal stallions. But after the thirty years of war, the stocks were devastated.

Henry’s father, Henry VII began the effort to raise the quality of England’s horses. He first prohibited the export of mares under three years of age or above a certain value, and stallions of any value. However, the law was mostly ignored, and Henry VIII had to try enacting it again in 1530. The following year, he directed it specifically at Scotland, their hostile neighbor. It was recognized that English horses had brought “strength and boldnesses to the Scottisshemen,” while also bringing, “a greate enfebling of the Kinges said subjectes.”

Henry’s people looked all over Western Europe, Turkey, Syria, and the Barbary Coast for horses. He requested 12 more broodmares from the Mantua horses in Italy. He was especially found of Barbary horses, who made excellent cavalry horses.

In 1535, Henry once again brought about a state enforced breeding program. Owners of game parks must now keep mares able to be bred. Depending on how much land the owner had, they had to keep more mares. None of the owners were allowed to breed their mares to a stallion under 14 hands.

For further reading on horses under 14 hands, this is a very interesting article, suggested to me on facebook. Thank you for the link!

While he tried to improve the quality of England’s horses, it was a slow process, and it was not one Henry saw come to fruition in his lifetime.

…that island produces a greater number of horses than any other region in Europe, but the horses being weak and of bad wind, fed merely on grass, being like sheep and all other cattle kept in the field or pasture at all seasons, the mildness of the climate admitting of this, they cannot stand much work… and they would do much better if they were fed.

Even 20 years later, under Elizabeth I, the Neapolitian Prospero d’Osma was brought in to survey the royal studs and found the mares malnourished. Despite all the careful breeding, the horses had not received a well balanced diet, and they would never reach their potential.

Most of the laws enacted by Henry lasted the next century. Monarchs after him continued to work on improving the horse quality, but it took about two centuries of breeding and managing to create a horse England could be proud of.

While Henry may have given England a taste of dressage, it wouldn’t be fair to give him all the credit. William Cavendish (1593 – 1676) is considered the “father” of modern dressage, and many accounts give him credit for bringing dressage to England. He left a lasting legacy by laying the foundations of modern dressage, writing two manuals of horsemanship and promoting a kinder approach, advocating for mutual respect between horse and rider.

He was so well regarded in his time that his riding house was full of spectators watching him, filling to the point of hardly being able to perform.

King Henry VIII definitely had a passion for horses. I wish I could have found more information on the subject, but I think it would have required a greater deep dive in first hand accounts. While there’s accounts of him doing classical dressage, the amount of information I found is lacking. However, he certainly bears some credit for doing introductions. While it may not have been dressage as we know it, he set up a foundation for it in England, and caused people like William Cavendish, who trained at the royal stables years later, to become an avid dressage rider.

Henry VIII had a fasinating reign, and there’s so many books, movies, and tv shows about him. Although not his intention, he gave everyone lots of material for centuries after his death. If you want to read more, (and you definitely should!), I highly recommend The Autobiography of Henry VIII by Margaret George. It’s fiction, but it’s such a well crafted story, and the style of writing draws you in and immerses you. I love this book, and this author, who writes the best historical fiction I’ve ever read. Her book on Cleopatra is also incredible.

How to Take Better Selfies